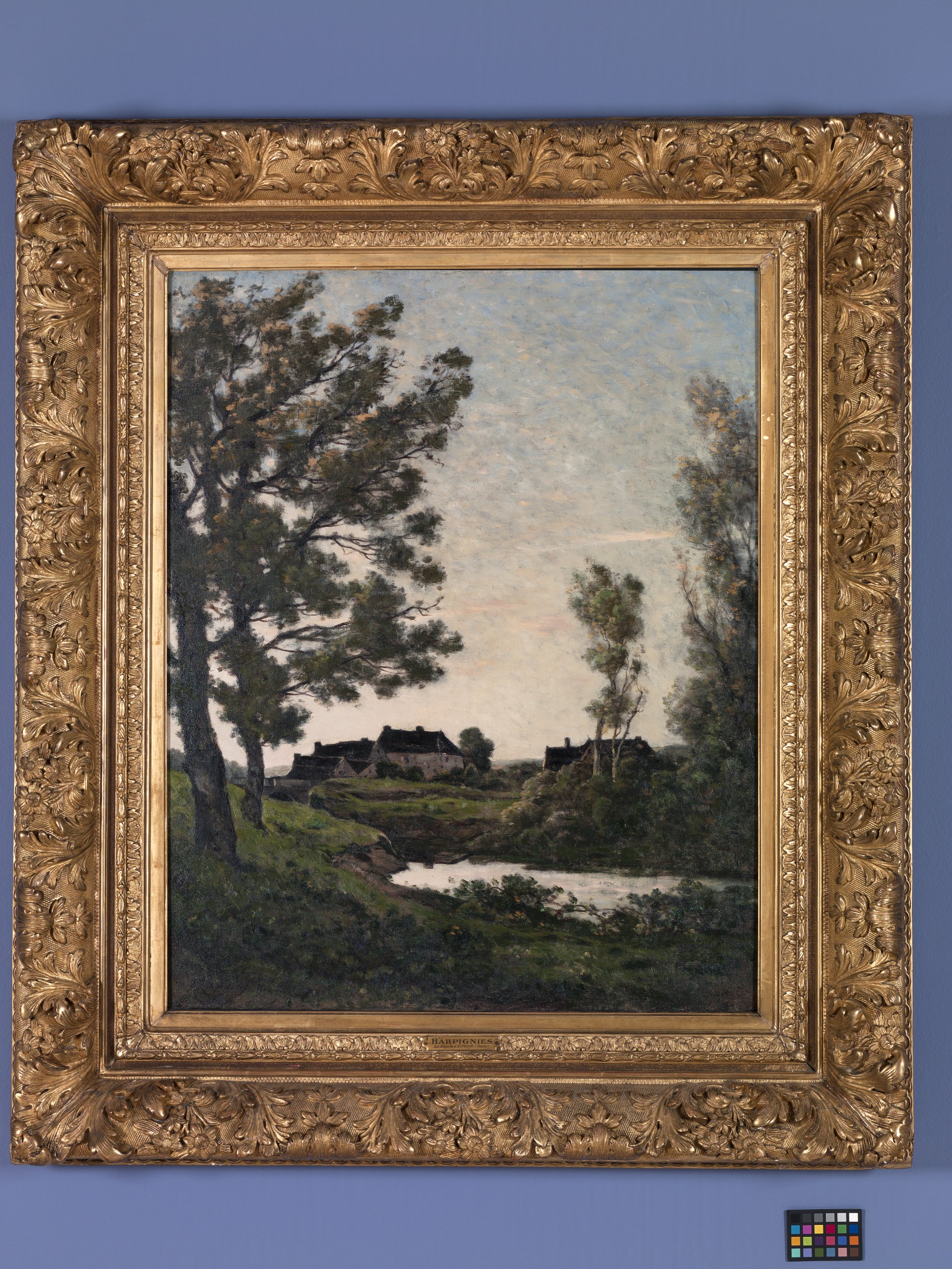 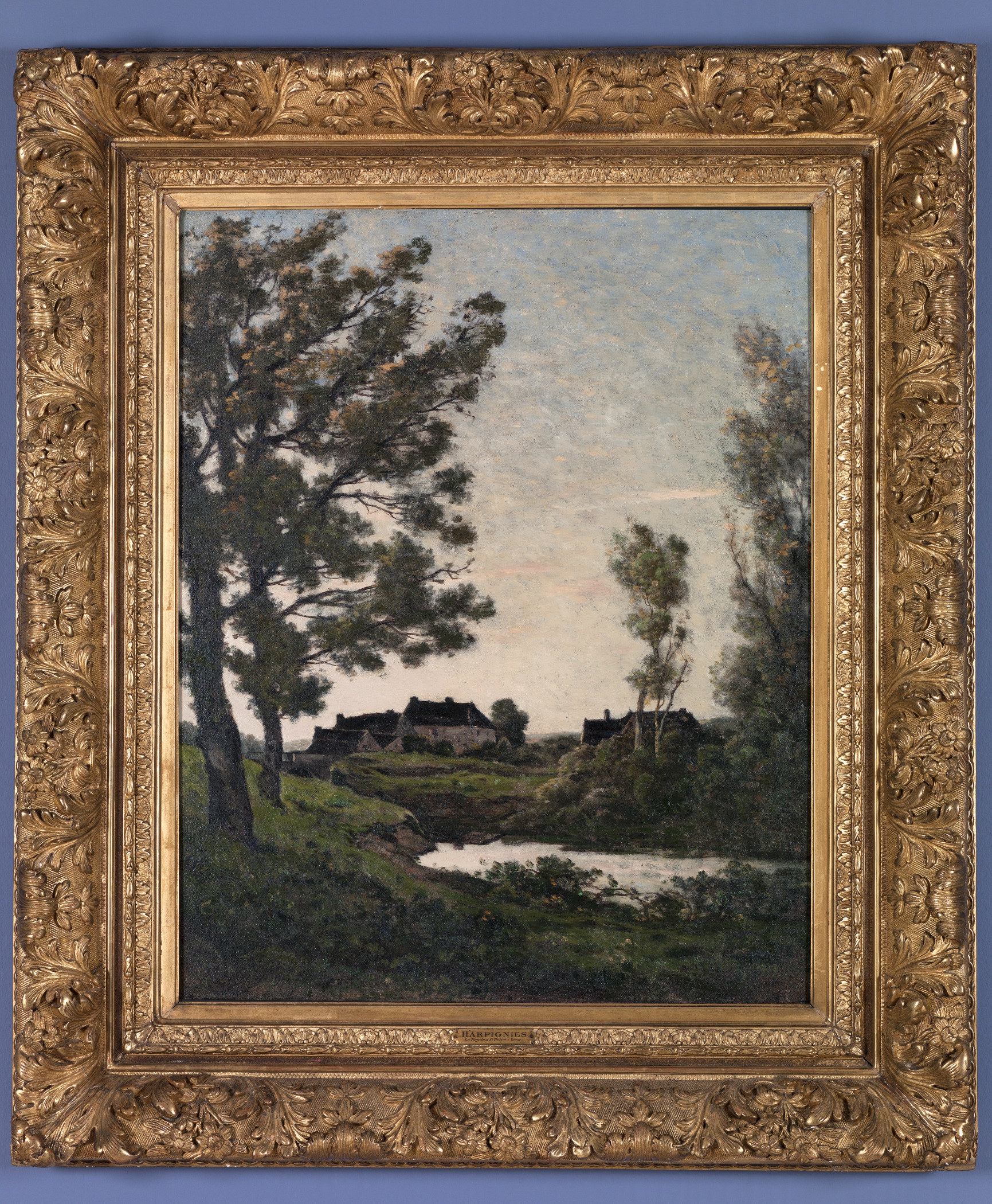 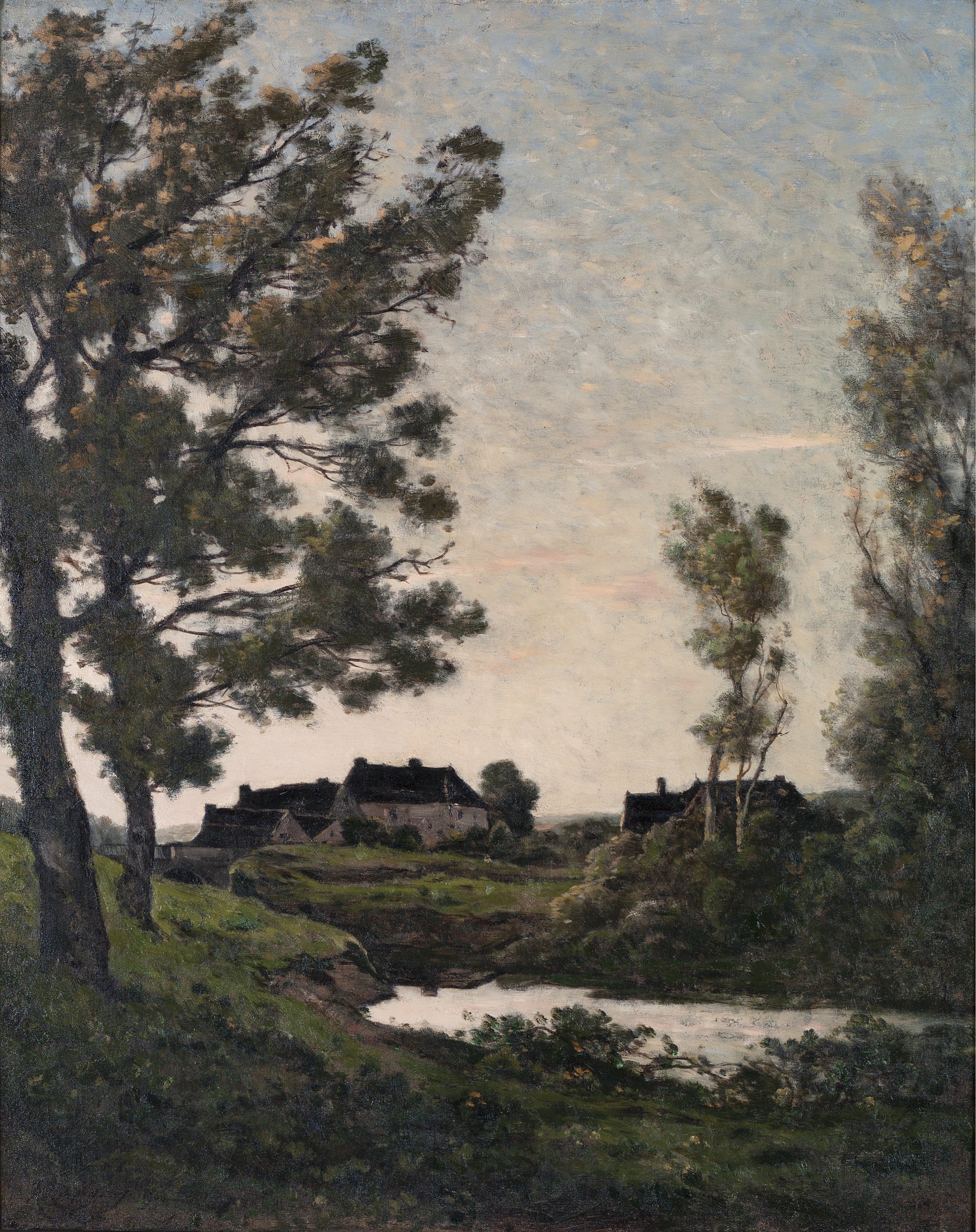 George B. and Jenny R. Mathews, Buffalo;
bequeathed by them to the Albright Art Gallery, 1952

The landscape was a favorite subject of Henri-Joseph Harpignies. Around 1850, after completing an apprenticeship in Paris with artist Jean-Alexis Achard (French, 1807–1884), Harpignies traveled to Italy—a place to which he would repeatedly return throughout his lifetime. While Harpignies’s work stylistically parallels that of his close friend Jean-Baptiste-Camille Corot and other masters of the Barbizon School, he chose to remain on the periphery. The Barbizon painters challenged preconceived notions of the landscape genre, inviting the public to appreciate it on the same level as historical or mythological subjects.

Rivulet at St. Privé (Yonne) depicts a farmstead, most likely near the artist’s home and studio in the Loire Valley. Reminiscent of Corot’s broad, rapid brushwork and monochromatic undertones, it exemplifies the later style of Harpignies’s body of work. This shift in technique, which occurred around the turn of the twentieth century, was prompted, at least in part, by his failing eyesight. Harpignies was forced to focus less on details and more on simply bringing larger shapes into effect. In a work like this one, the luminous colors of his earlier canvases were replaced with an overall silver tonality.