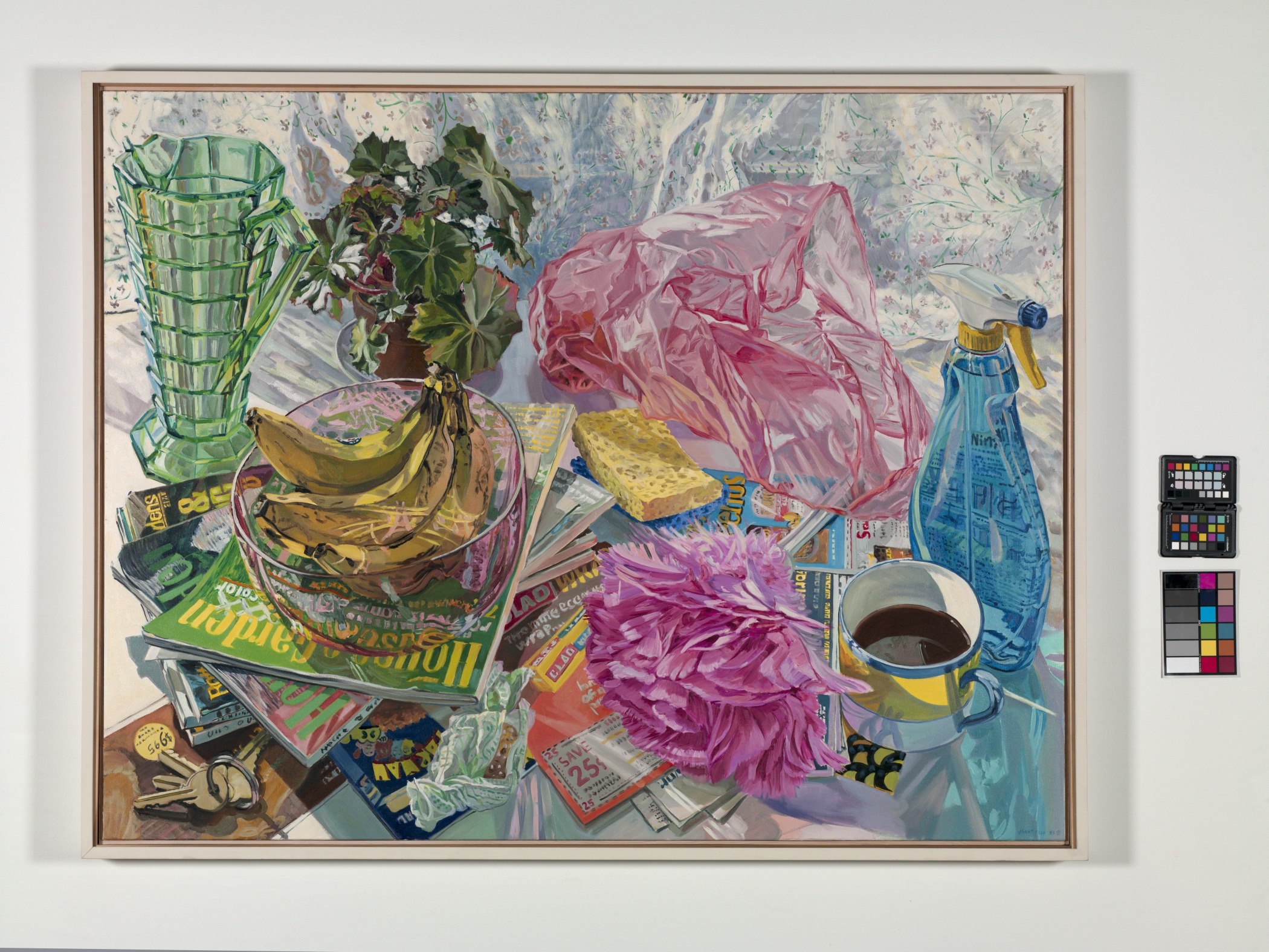 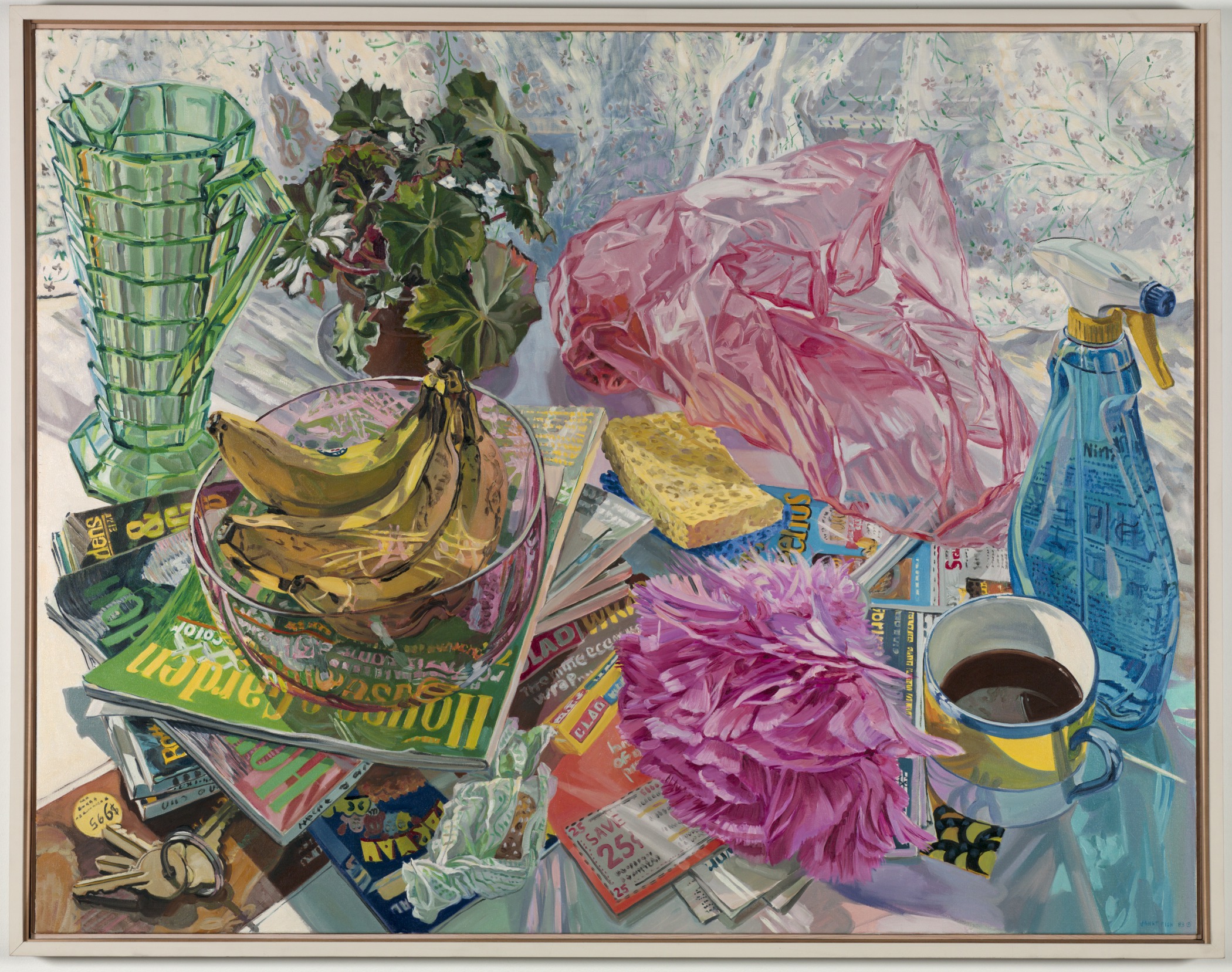 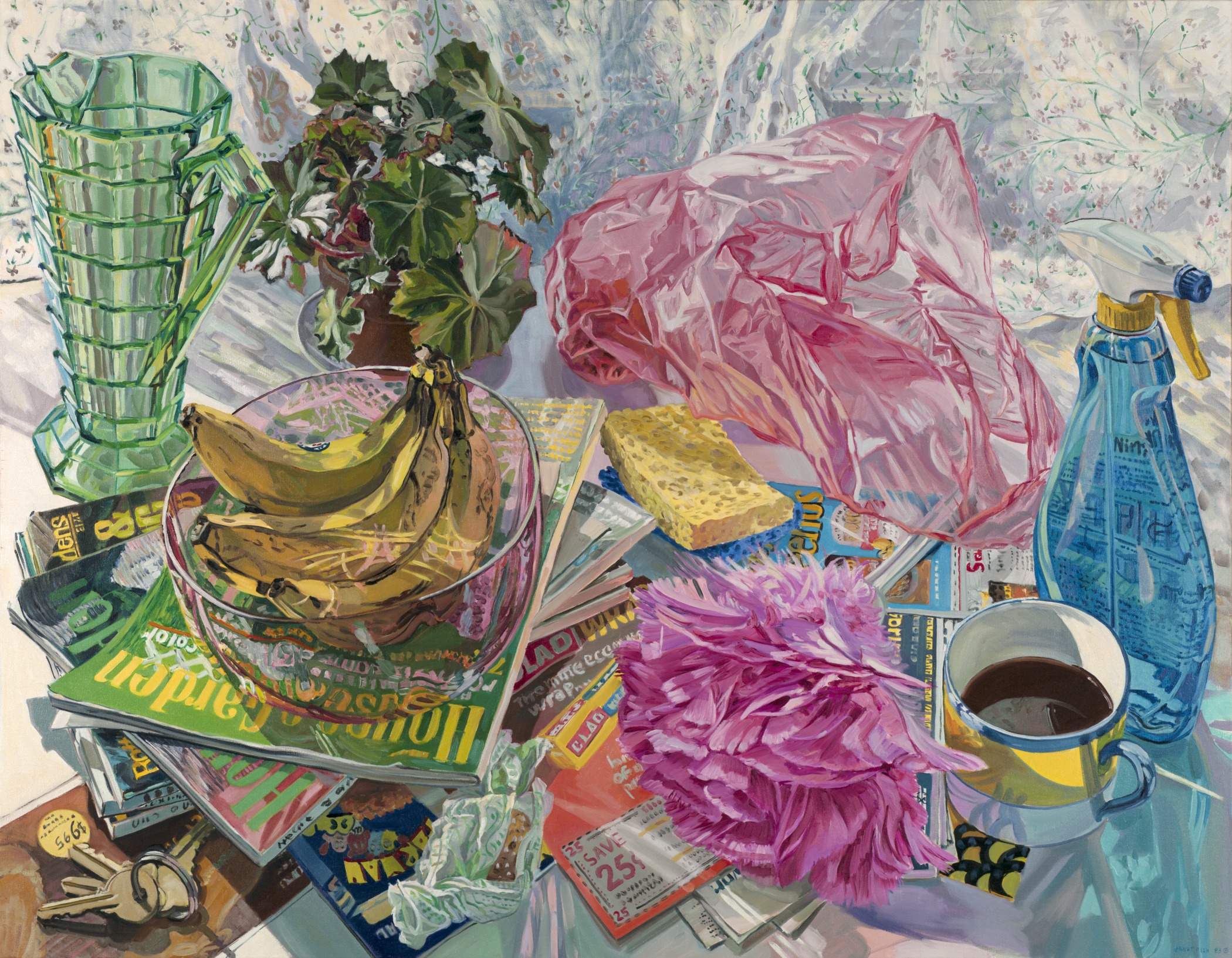 Janet Fish reinvigorates the still life form with her often witty and ironic combinations of objects. After Leslie Left contains the paraphernalia associated with housekeeping and grocery shopping: coupon magazines, a feather duster, a sponge, window cleaner, and a plastic bag. A glass bowl filled with bananas, a pitcher, and a houseplant further amplify the domesticity of the setting. Behind the table, a curtain billows in the breeze. As in many of Fish’s images executed in the 1980s, a narrative is implied in After Leslie Left by the choice and arrangement of objects. Here, the keys and half-finished cup of coffee suggest someone has arrived and settled in, or is on his or her way out. This painting was inspired by the items left behind by Leslie Close, the wife of artist Chuck Close, after Fish purchased their Soho loft. About this scene, she has said “Leslie left begonias, House & Garden magazines, keys, etc. . . . also her cleaning lady. The color of the Windex bottle, the feather duster, the colors of the advertising sheets and the magazines—the way the light feels through it all. These colors belonged to the situation. It takes a lot of energy to move into someone else’s house and make it your own.”