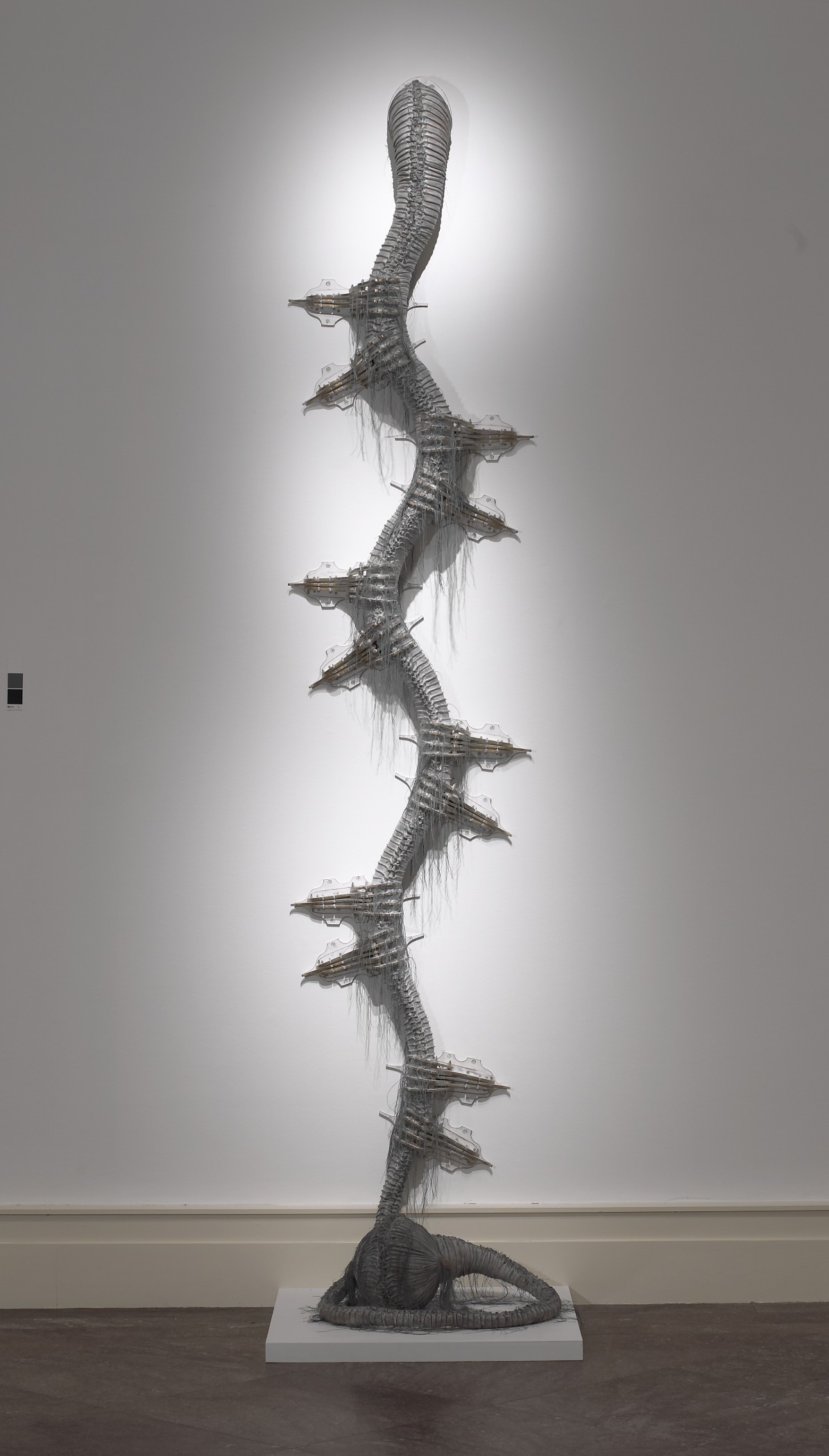 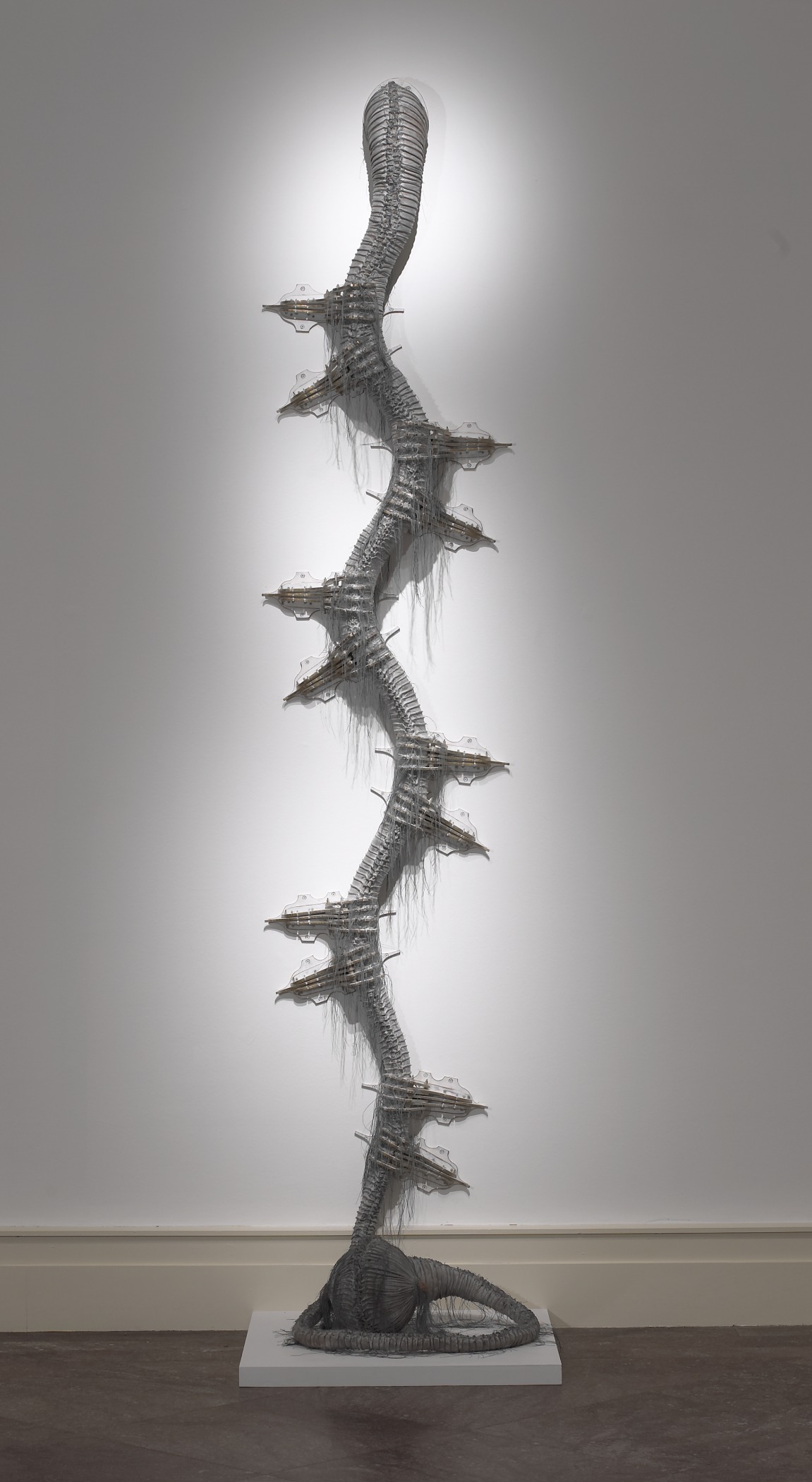 Cleft Foot is part of a series of sculptures by Cathy de Monchaux that explores tensions between opposites. Exquisitely detailed, the work is made up of both man-made and organic materials, such as fur, glass, rusted steel, brass, paper, leather, and concrete. De Monchaux’s sculptures call to mind splayed flesh, human orifices, and the ornament of religious relics. The intends to raise fundamental questions about human existence through her work: “Personally, my concern, as someone who does not follow an organized religion, is how to achieve vehicles or objects for thought that have some resonance with the themes of human existence, i.e., birth, death, love, sex, mortality, etc.” De Monchaux’s work is also dependent on the viewer’s imagination, as her suggestive titles are a purposeful ploy in enticing audiences: “I see them as a kind of parallel thought or narrative to the work—where they don’t describe it literally but maybe put an emotional edge onto the way that it is looked at.”