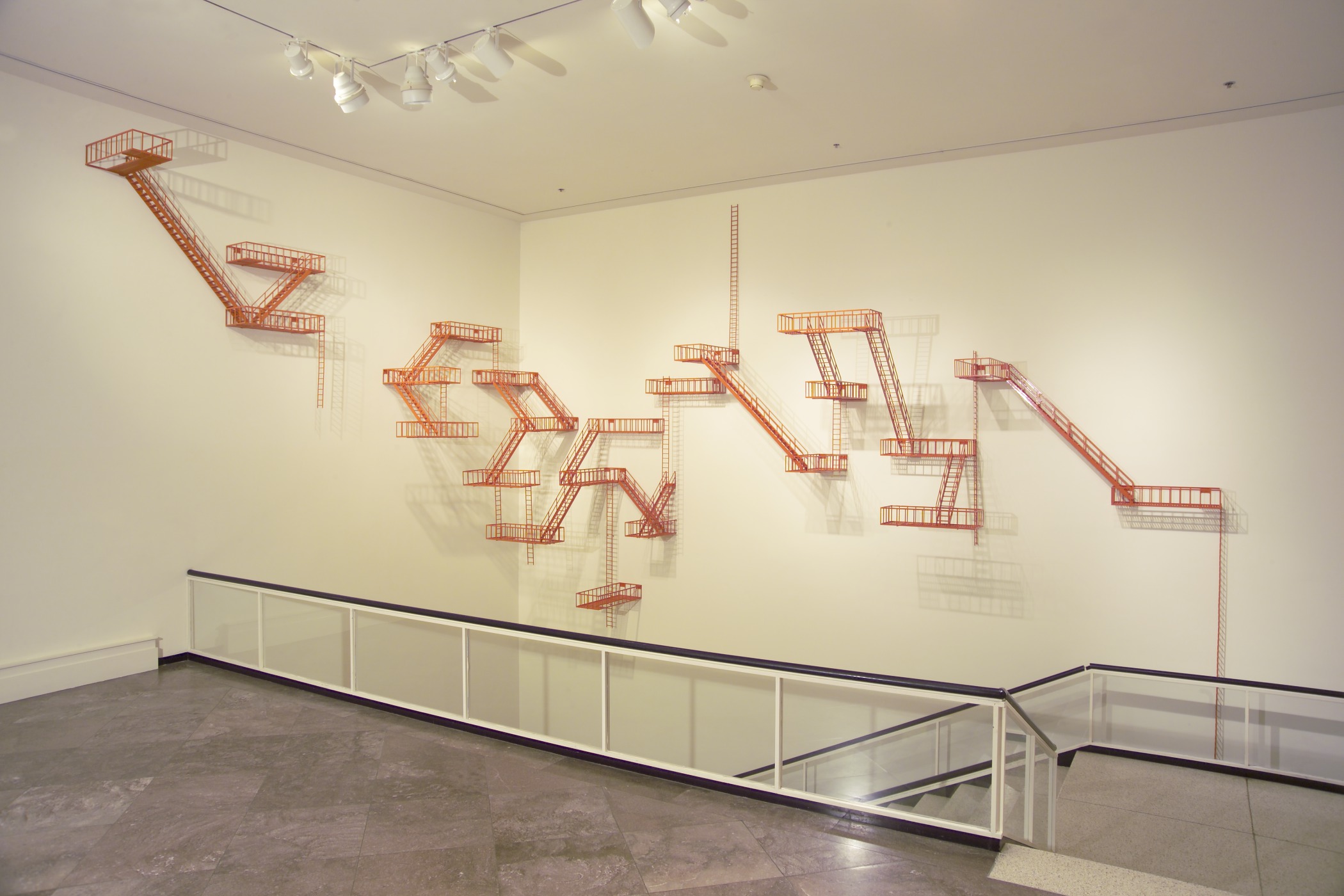 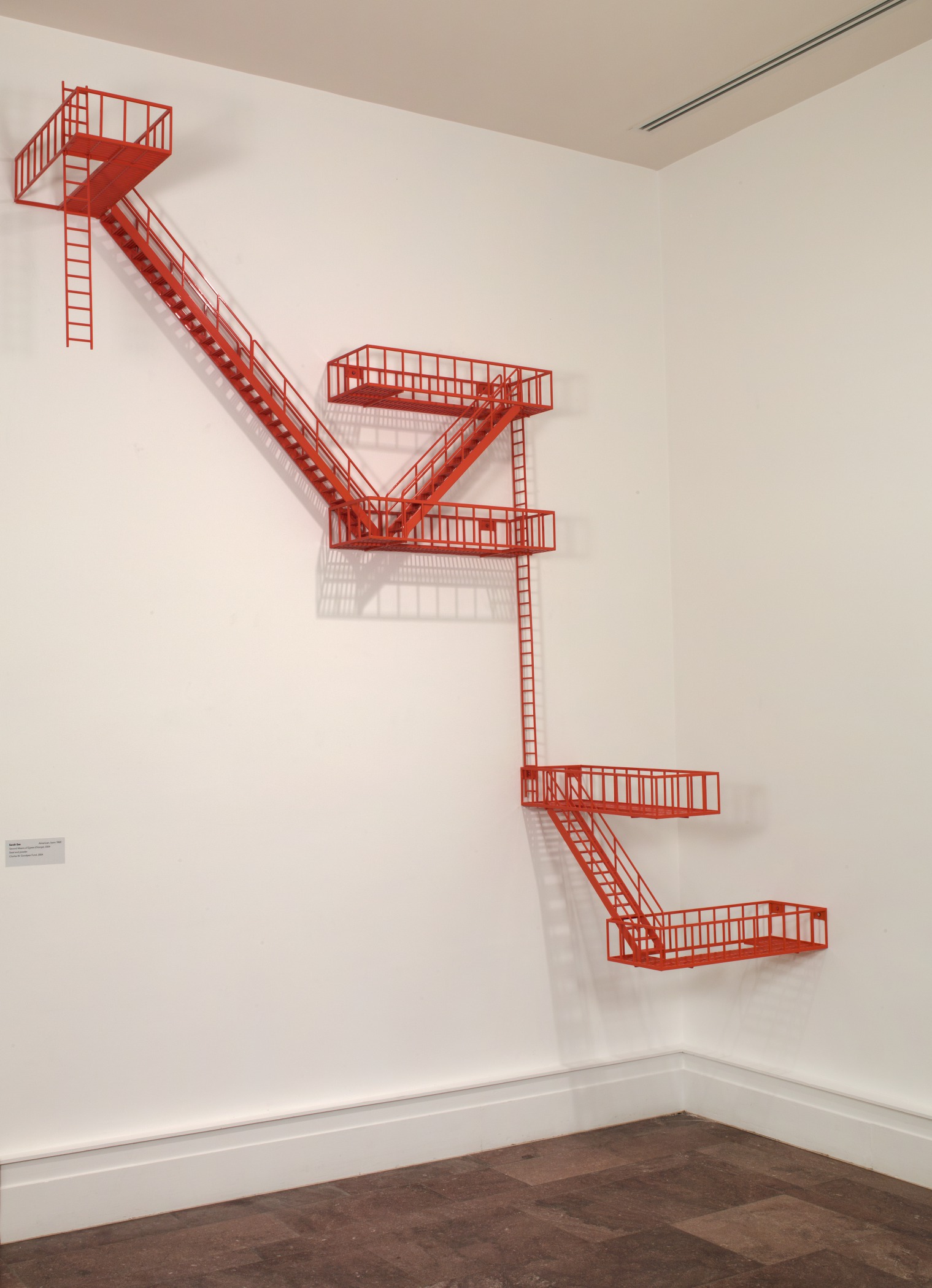 Sarah Sze's Second Means of Egress (Orange) is an enigmatic structure that provokes a mood of both jest and caution, and transforms the space it occupies. As a child growing up in Boston, Sze became fascinated with the space fire escapes occupy and the gap between their intended function and everyday use. Intended as an exit in the case of a fire or another serious emergency, these structures in many cases have been transformed into playful outdoor jungle gyms where individuals can enjoy the sun and breeze. In considering all of this, Sze reminds us that one cannot forget the looming potential for disaster that is inherent in any human-constructed space.

Sze draws on her diverse education at Yale University, where she studied architecture and architectural history as well as studio art, in the creation of these unique installations. In Second Means of Egress (Orange), she manipulates space, color, and the viewer’s imagination to veil the potential disaster that a fire escape represents. She transforms the gallery’s space like an urban planner for cats, branching ladders and platforms without restriction into the architecture humans inhabit. While traditional fire escapes tend to be dirty, black, and rusted brown, the bright orange color of this work is reminiscent of a child’s toy. Sze invites the viewer to navigate these structures and embark on a trip that reevaluates scale and context in the places we occupy.

Object label from a 2007 installation