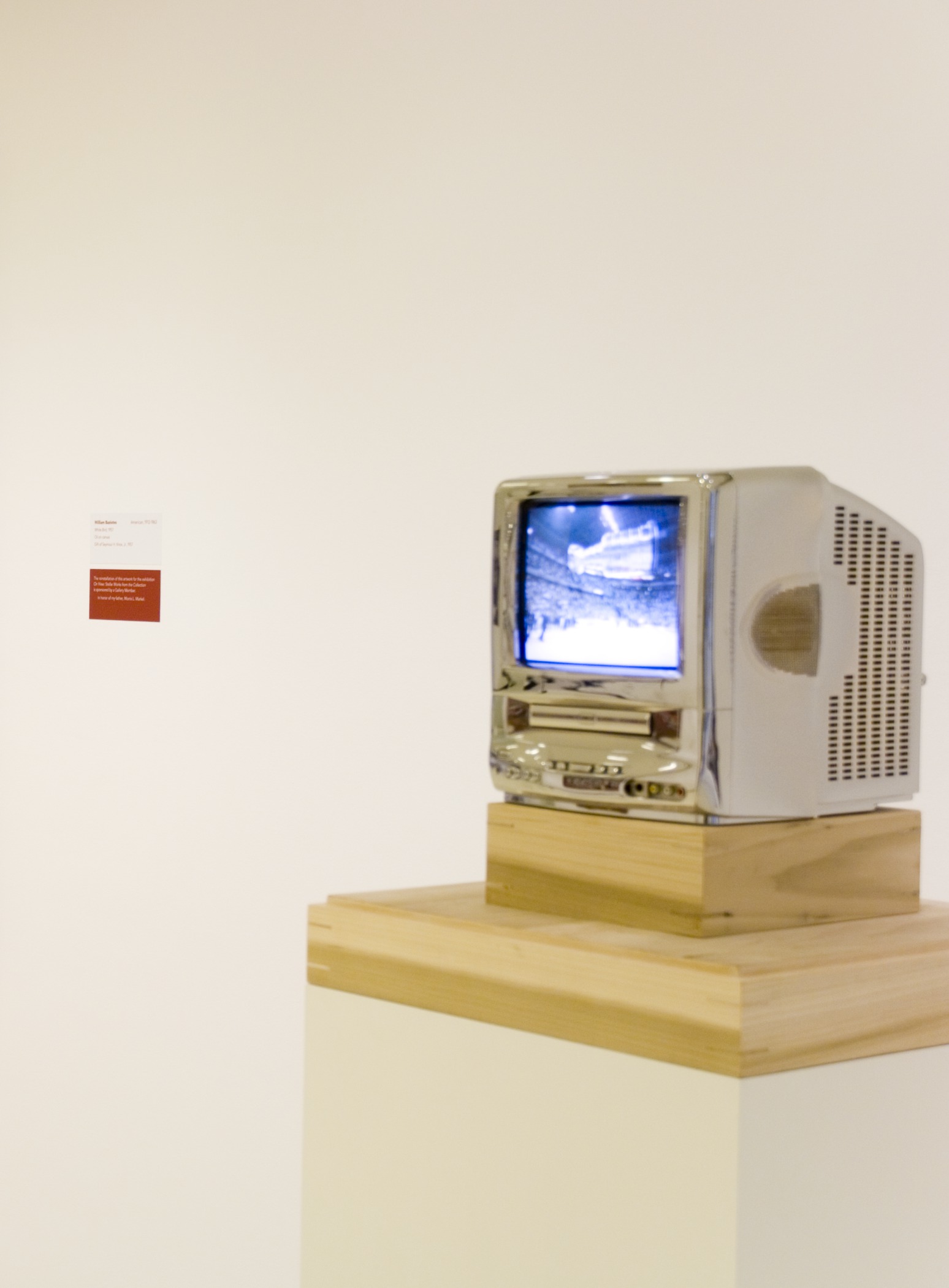 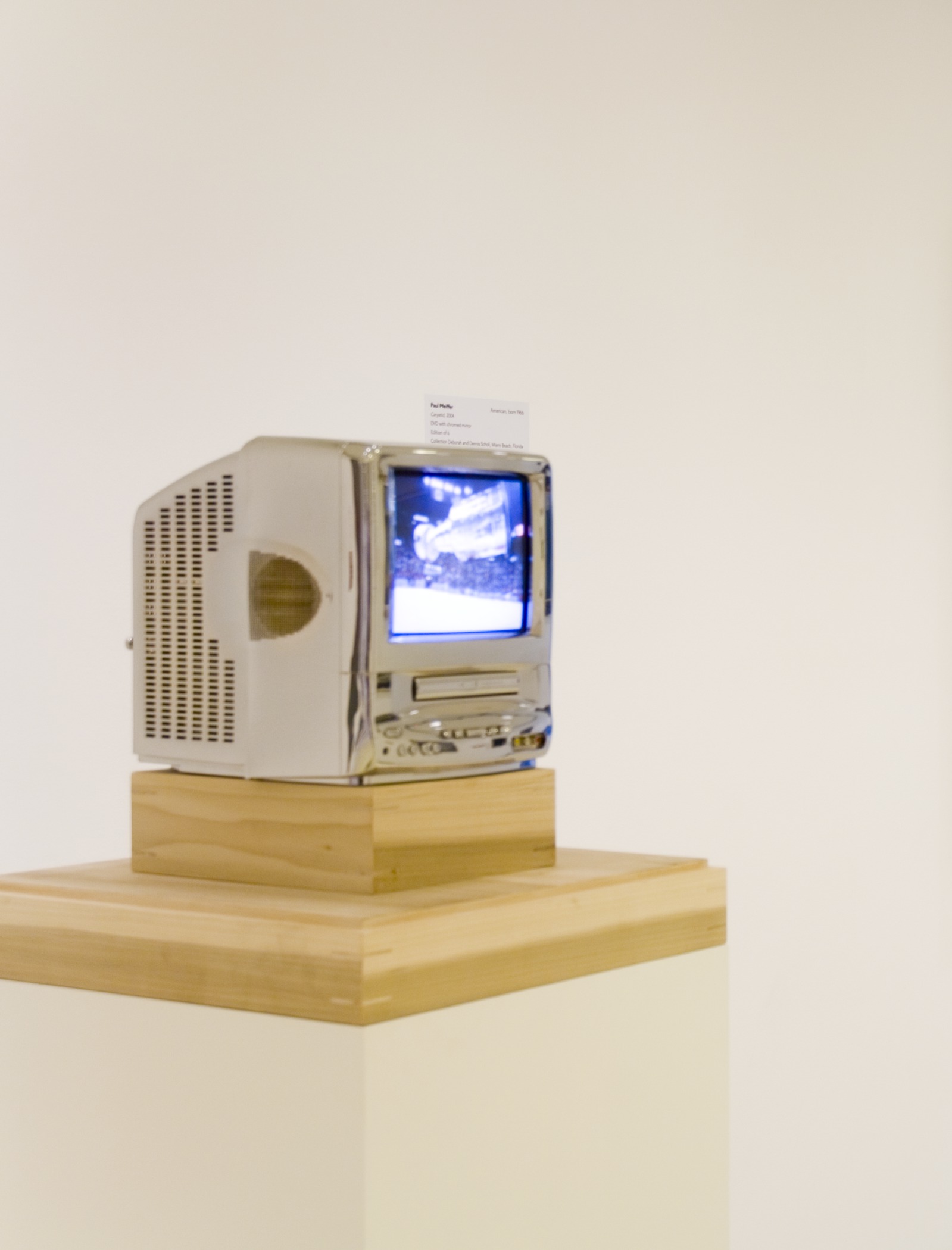 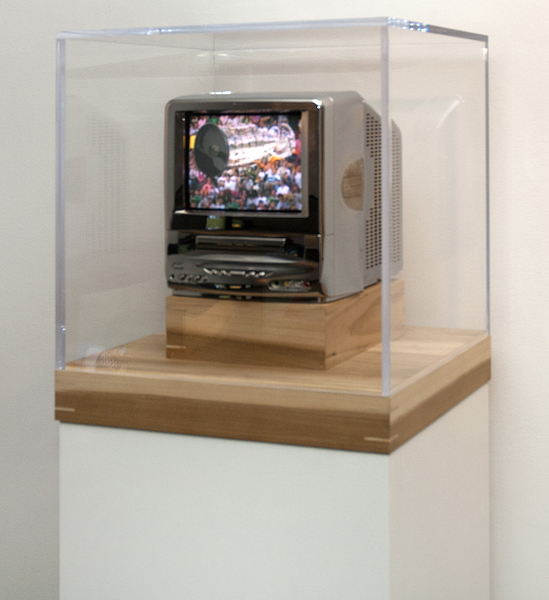 Sherman S. Jewett Fund, by exchange and Gift of Dennis and Debra Scholl, 2010

Paul Pfeiffer has dedicated his artistic practice to thought-provoking, playful, and often surprising manipulation of video. The sports event is a favorite subject of Pfeiffer’s, and he describes his relationship to this spectacle of sports as one of “director, spy, and fan.” He is drawn to the intense displays of emotion, pageantry, sensory overload, and sheer magic of the sports experience. Yet, Pfeiffer is also aware that our media-saturated environment shapes our consciousness. His manipulation of footage from professional sporting events—including basketball, boxing, and hockey—illustrates how images and technology are transformative. Images, such as those of the sports event here, offer moments when one can escape the mundane through an engagement with a fantastic world of entertainment. Yet, images and technology are so omnipresent in contemporary society that many believe they have completely altered who we are.

In Caryatid, Pfeiffer presents video footage of the Stanley Cup held up above the heads of players of winning hockey teams; by erasing the players, Pfeiffer alters our perception of hockey’s highest symbol of achievement. Here, the massive cup floats alone above the crowd, evoking a toy space rocket or R2-D2. Pfeiffer’s manipulation of this footage not only illustrates the Cup’s status as a symbol of a spiritual quest but also meditates on the complicated ways in which faith and desire unfold in contemporary culture. The title of this work refers to the sculpted support structures of ancient Greek temples. In fact, eight caryatids are featured in the architectural design of the Albright-Knox’s 1905 building, which was designed in the Greek Revival style by Edward B. Green. It is in the ghostly remains of the hockey players where Pfeiffer makes this reference to architectural antiquity.

Label from A New Installation by Paul Pfeiffer, 2006