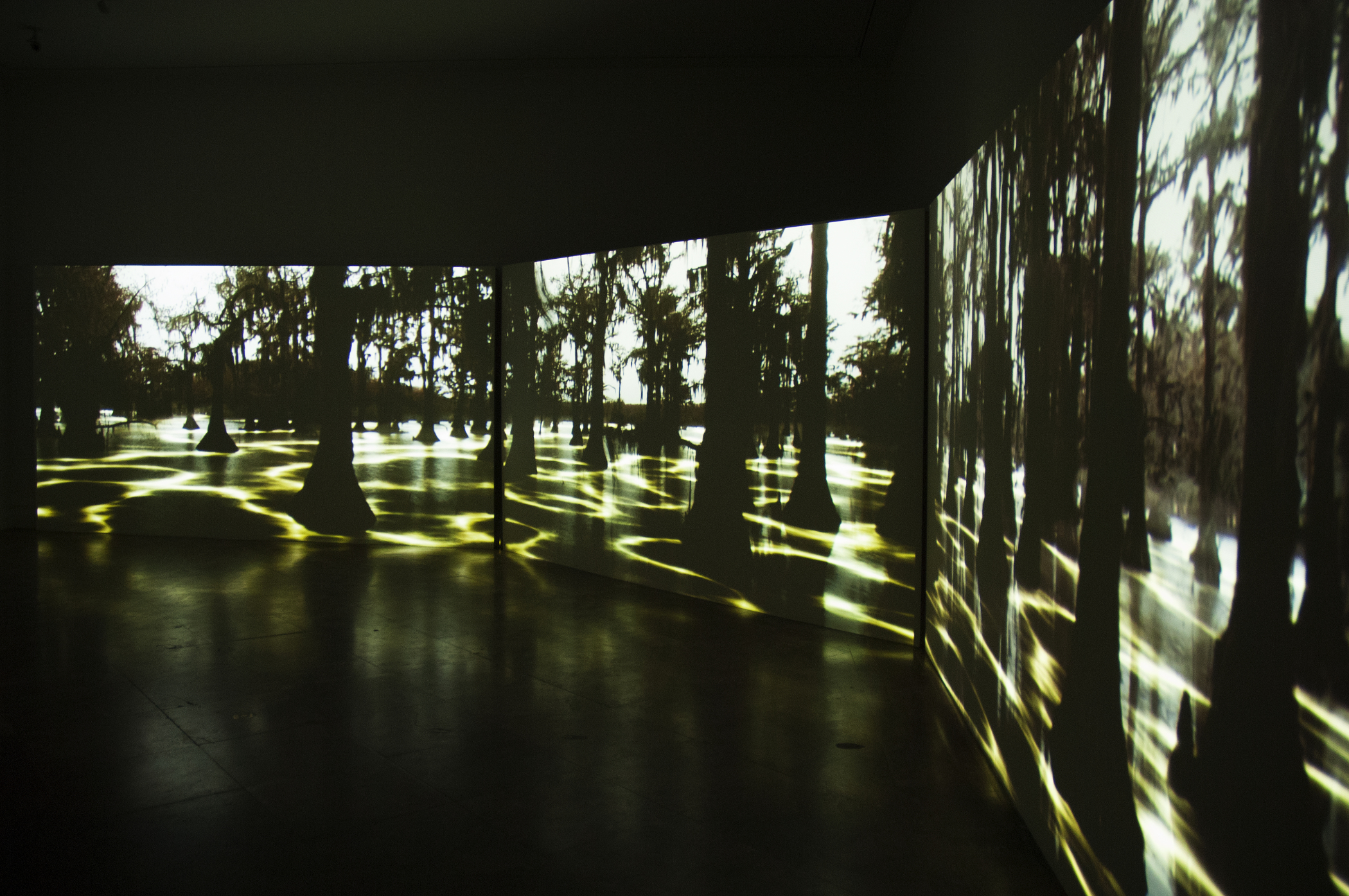 In 2011, Kelly Richardson was selected to participate in a residency at Artpace, in San Antonio, Texas. There she created Leviathan, which was filmed on location at a swamp in the town of Uncertain, a site notorious for oil exploration. This residency provided the artist with opportunities to further explore her growing concerns about the effects of industrialization on the environment. Located on the northeast border of the state, Uncertain, with a population of 150 people, bills itself as “Texas’s best-kept secret.” Additionally, the swamp—the state’s only naturally formed lake—may well be the world’s first site for over-water oil exploration (searching for oil from the water’s surface). Approaching the project like a modern day explorer, Richardson took to the water in a boat, armed with still and moving cameras, and, over the course of four days, shot footage that was edited to make the final cut. Using digital animation, she then generated the work’s twisting, snake-like tendrils of yellowish electric light, alluding perhaps to a spill of some description, some sort of creature, or an alien energy. This mythical Leviathan, coursing beneath the surface of the water, gives us the impression of an atavistic swampland.