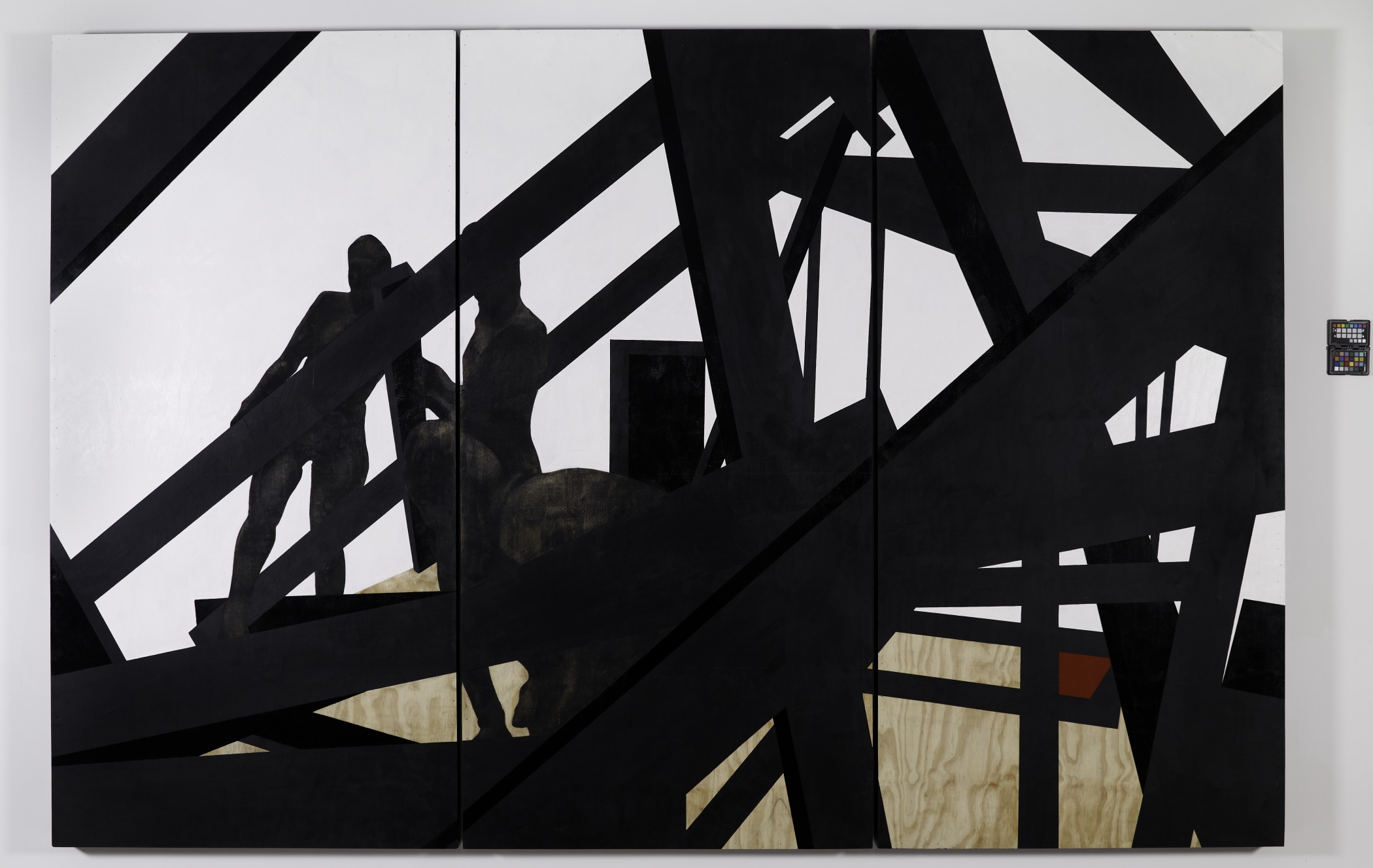 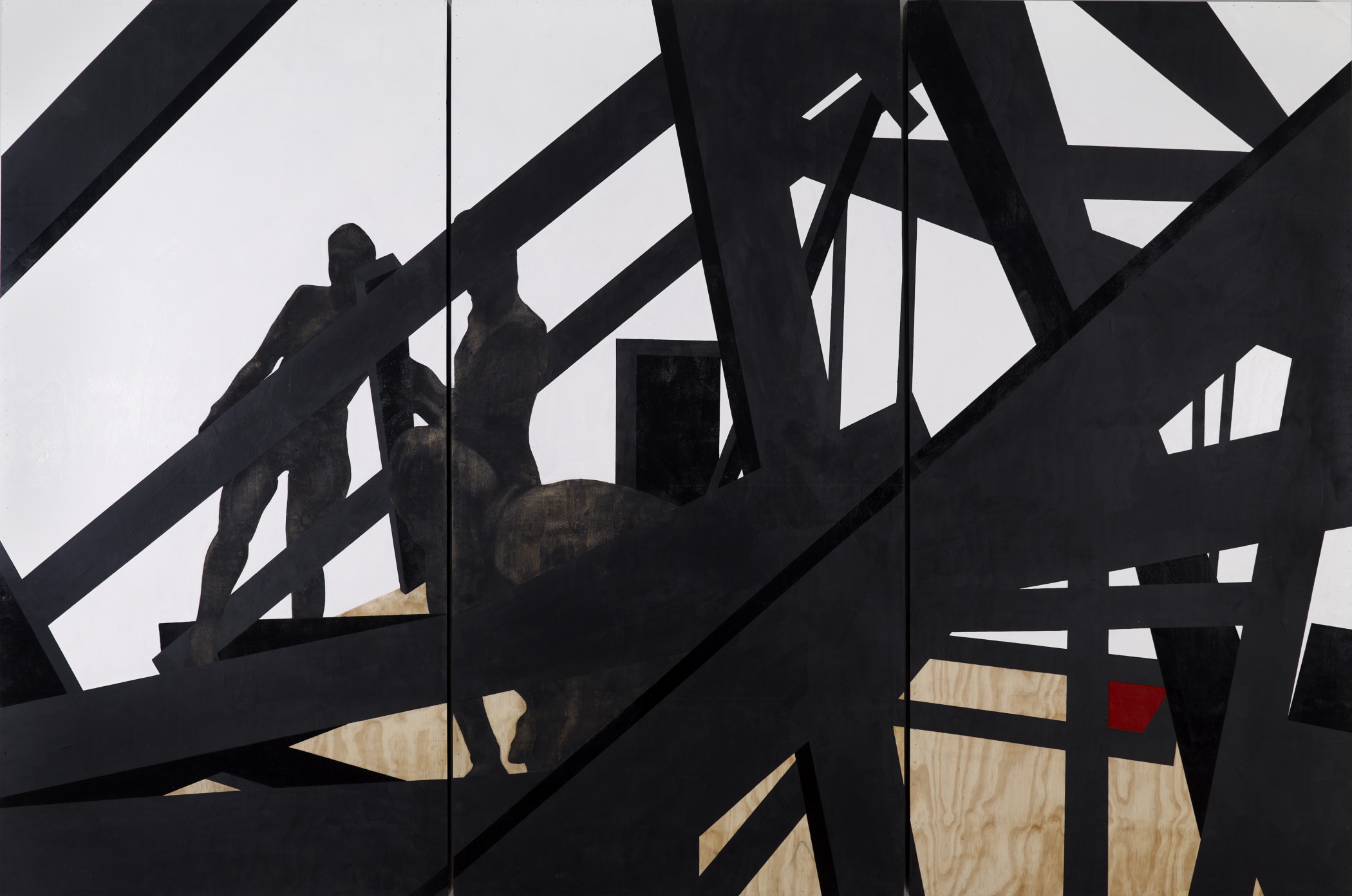 triptych: paint and charcoal on wood

Serge Alain Nitegeka was only ten years old when civil war broke out in his native Burundi; after escaping to the Democratic Republic of Congo and then Kenya, his family settled in South Africa around 2003. The experience of being in exile and seeking asylum is central to Nitegeka’s identity and to his artistic practice. As he has described it, “You arrive in a strange place, and you have to use what you've got at hand, use your resources and the space available to you, to survive.”

In both his sculptures and paintings, Nitegeka prefers to use wood, which he associates with the shipping industry as well as “informal housing,” or slums. BLACK SUBJECTS: Still II was inspired by the artist’s 2012 film Black Subjects, which features black-clad actors interacting with his sculptures. Nitegeka often installs these works in a way that interrupts the free movement of visitors, suggesting the physical and emotional obstacles that people with precarious lives must navigate every day. With its dramatic black angles, BLACK SUBJECTS: Still II also echoes the stark abstract compositions of some of the artists who pioneered abstraction in the early twentieth century. Like those artists, Nitegeka is driven by a faith in the social power of art and a sense of hopefulness for the future.