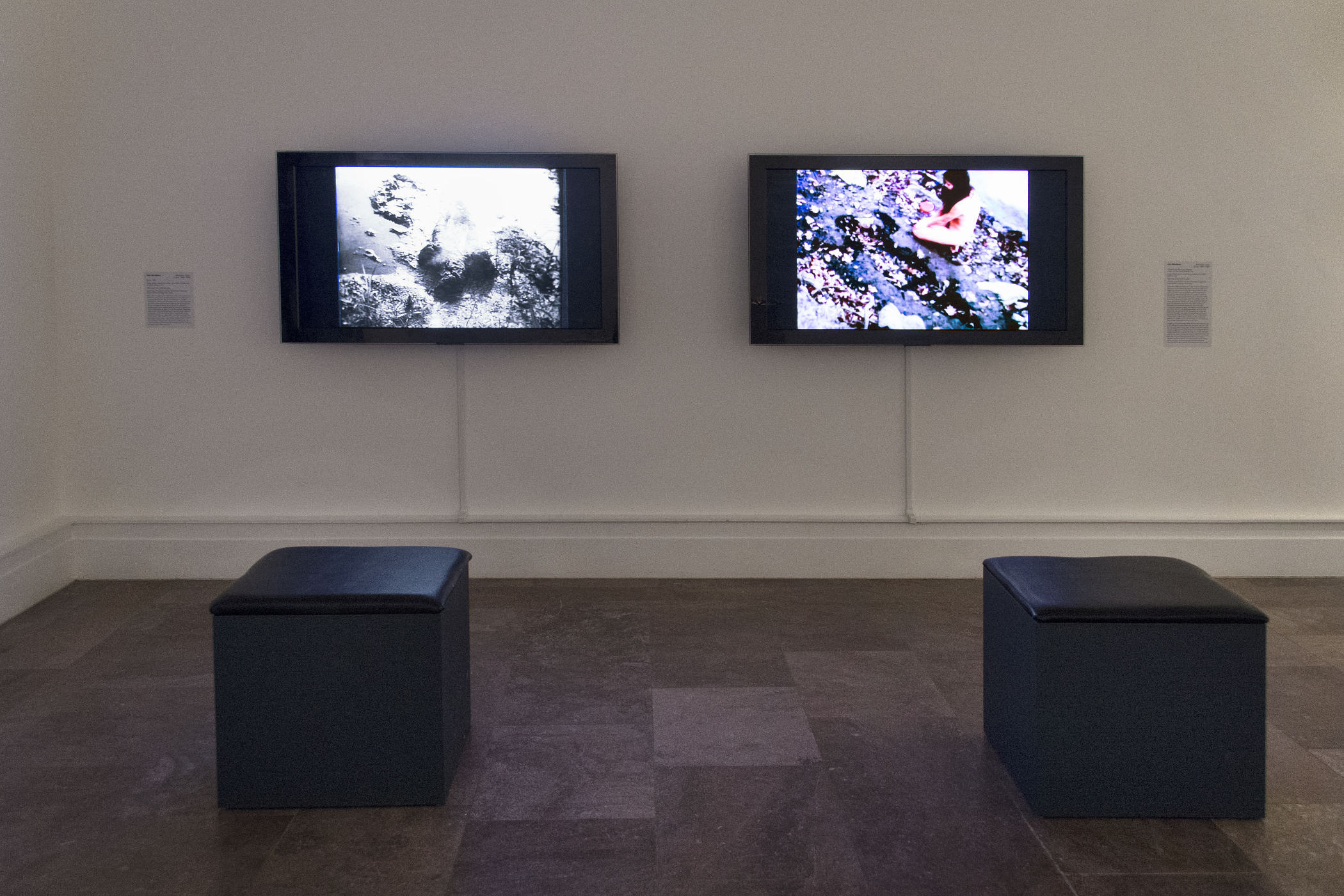 estate of the artist;
Galerie Lelong, New York;
sold to the Albright-Knox Art Gallery, May 20, 2014

Born into a politically prominent Cuban family, Ana Mendieta was sent to live in Iowa at the age of 13 as part of Operation Peter Pan, a controversial CIA project that relocated 14,000 Cuban children to the United States, without their parents, during the height of the Cold War. An immigrant unable to identify with any specific place as her true home, she began in the 1970s to make performance-based sculptural work with her body in the natural environment. As complex as they are hauntingly beautiful, these “earth-body sculptures” feature primitive materials such as earth, fire, water, and blood. Mendieta documented her performances, which often incorporated aspects of magic and religion, with photography and video. Powerful and psychologically charged, her work, which often includes womb-like impressions carved by the artist into the earth, resonates with the deepest of feminist issues. This work, along with Birth (Gunpowder Works), are part of Mendieta’s “Silueta (Silhouette)” series. For works in this series, she created ephemeral interventions in the landscape at sites in Iowa and Mexico that are eventually eradicated by the elements.

Corazón de Roca con Sangre (Heart of Rock with Blood) is one of the earliest works Mendieta made along the Iowa River. She first dug a silhouette of her body into the mud of the riverbank. The short film begins with the naked artist kneeling beside the sculptural intervention in the landscape and carefully placing a rock into the chest area of the cavity. Then, evoking a sacrificial gesture, she pours over the rock a mixture of blood and tempera paint. As a final act, Mendieta descends into the shallow silhouette and lies facedown. This work, and the entire “Silueta” series, conveys a universal language that personifies the primordial relationship between humanity and the natural world.