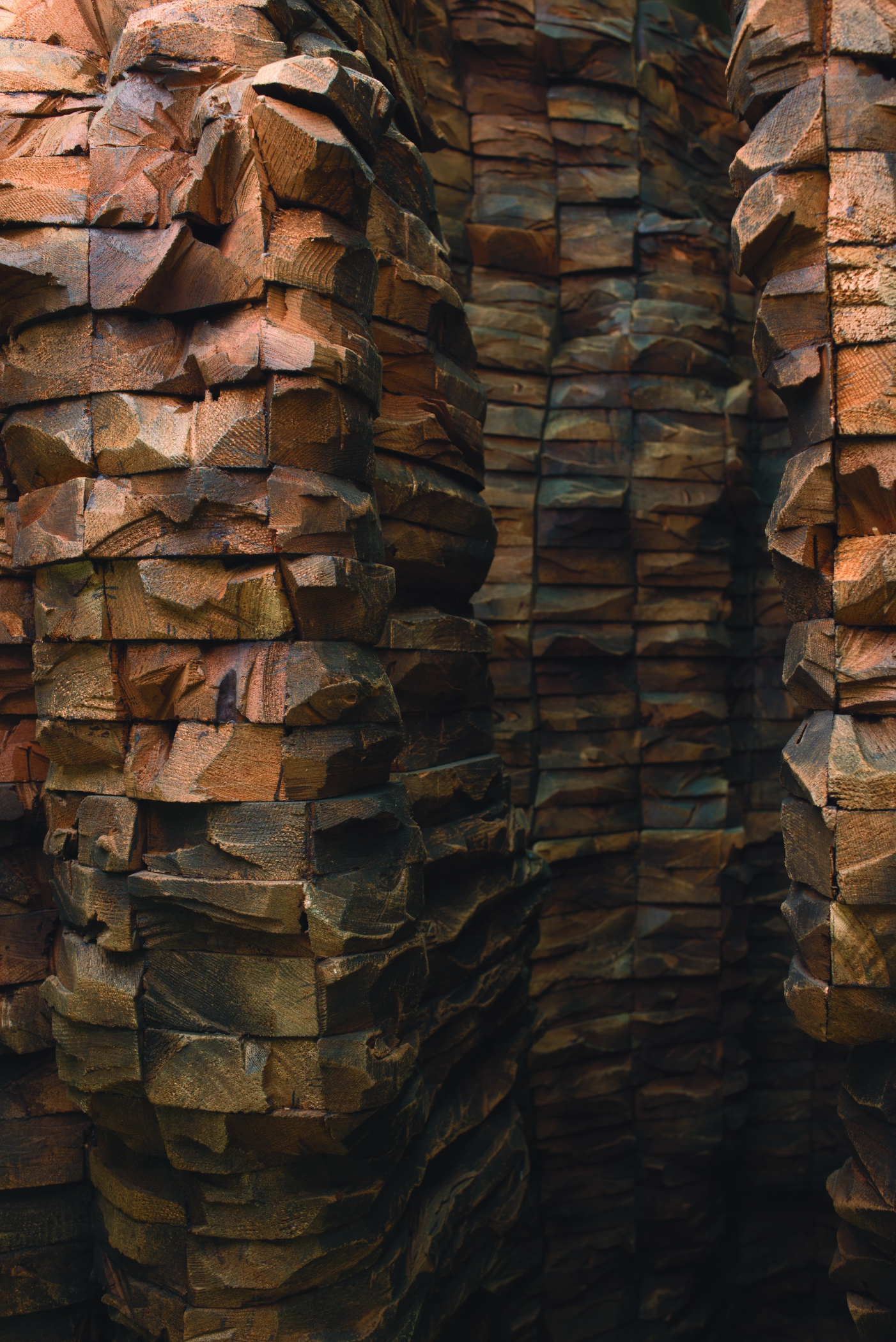 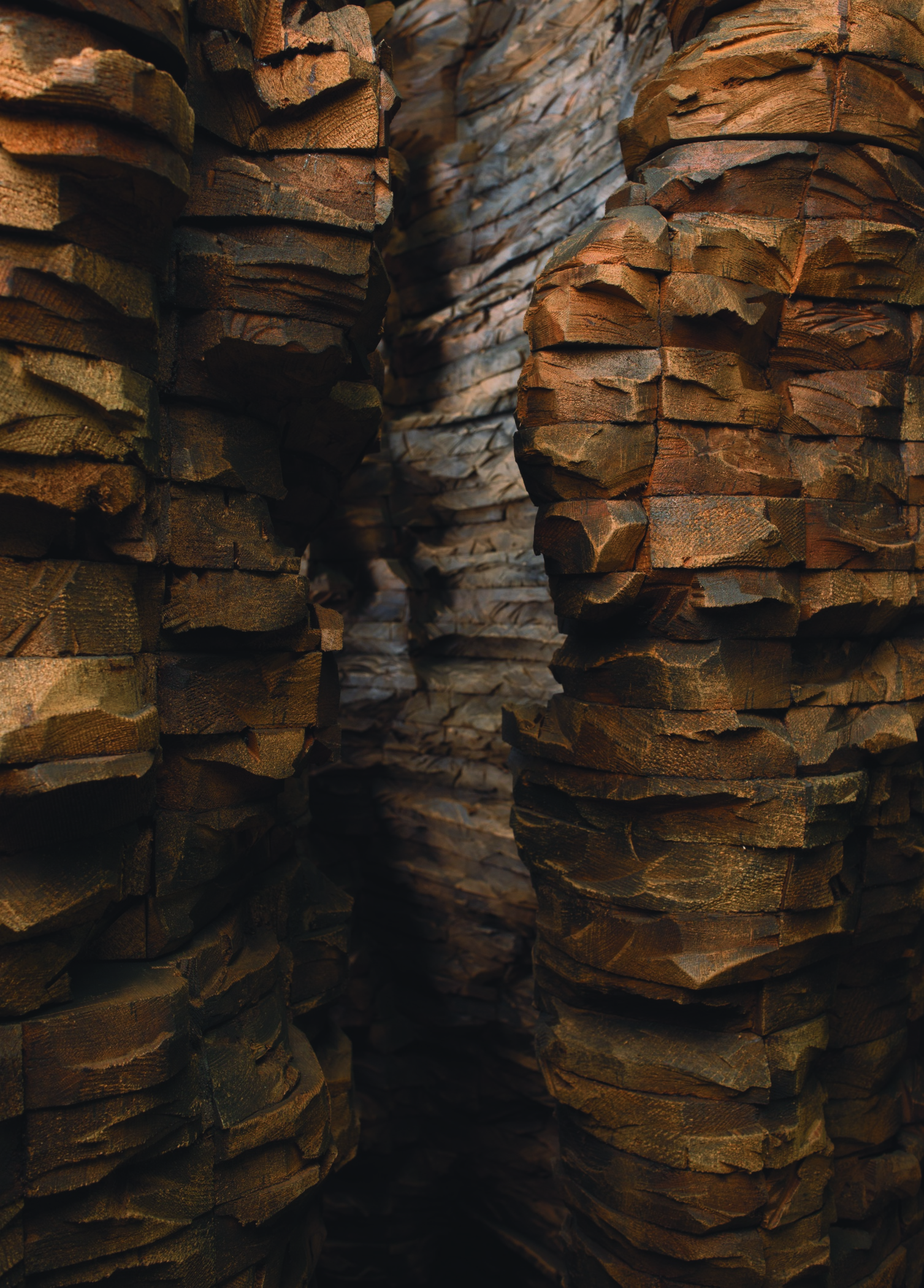 Charles W. Goodyear Fund, by exchange and Bequest of Arthur B. Michael, by exchange, 2015

the artist;
purchased from the artist through Galerie Lelong, New York by the Albright-Knox Art Gallery, February 17, 2015

German-born artist Ursula von Rydingsvard has created large-scale sculptures made out of cedar wood since 1975. Von Rydingsvard draws much of her visual vocabulary from her Polish-Ukrainian roots and the everyday objects, such as handmade wooden spoons and bowls, that she remembers from her childhood, which was spent in Nazi labor camps and postwar refugee camps (in 1950, her family was finally able to relocate to the United States).

To create her sculptures, von Rydingsvard cuts, assembles, and glues together pieces of four-by-four-inch wooden beams. Then, using chainsaws, chisels, and other tools, she carves and further refines the wood into abstract and evocative shapes. Occasionally, as in Blackened Word, the artist works graphite into the porous surface of the wood to give the appearance of aging and to develop additional visual depth. Cedar, unlike most woods, does not have a grain and is “neutral . . . like a piece of paper.” Von Rydingsvard believes that “it really says nothing in and of itself—so it then enables me to really sort of tear it apart and make it do the acrobatics that I need it to do.” The experience of viewing a von Rydingsvard sculpture is similar to discovering a kind of geological anomaly. With Blackened Word, you have to circumnavigate the almost seven-foot-tall form and follow its curving outline in order to grasp the full scope of the work.

Von Rydingsvard ensures that her sculptures, while making allusions to recognizable shapes, appear abstract. Blackened Word traces the outline of an elderly woman’s handwriting that von Rydingsvard enlarged and laid on the floor of her studio. Transforming the text from two dimensions into three, the artist obscured the word and made it almost impossible to discern a meaning. In addition, von Rydingsvard does not tell the viewer what her relationship to the woman is. Both are a part of the essential mystery of the sculpture.