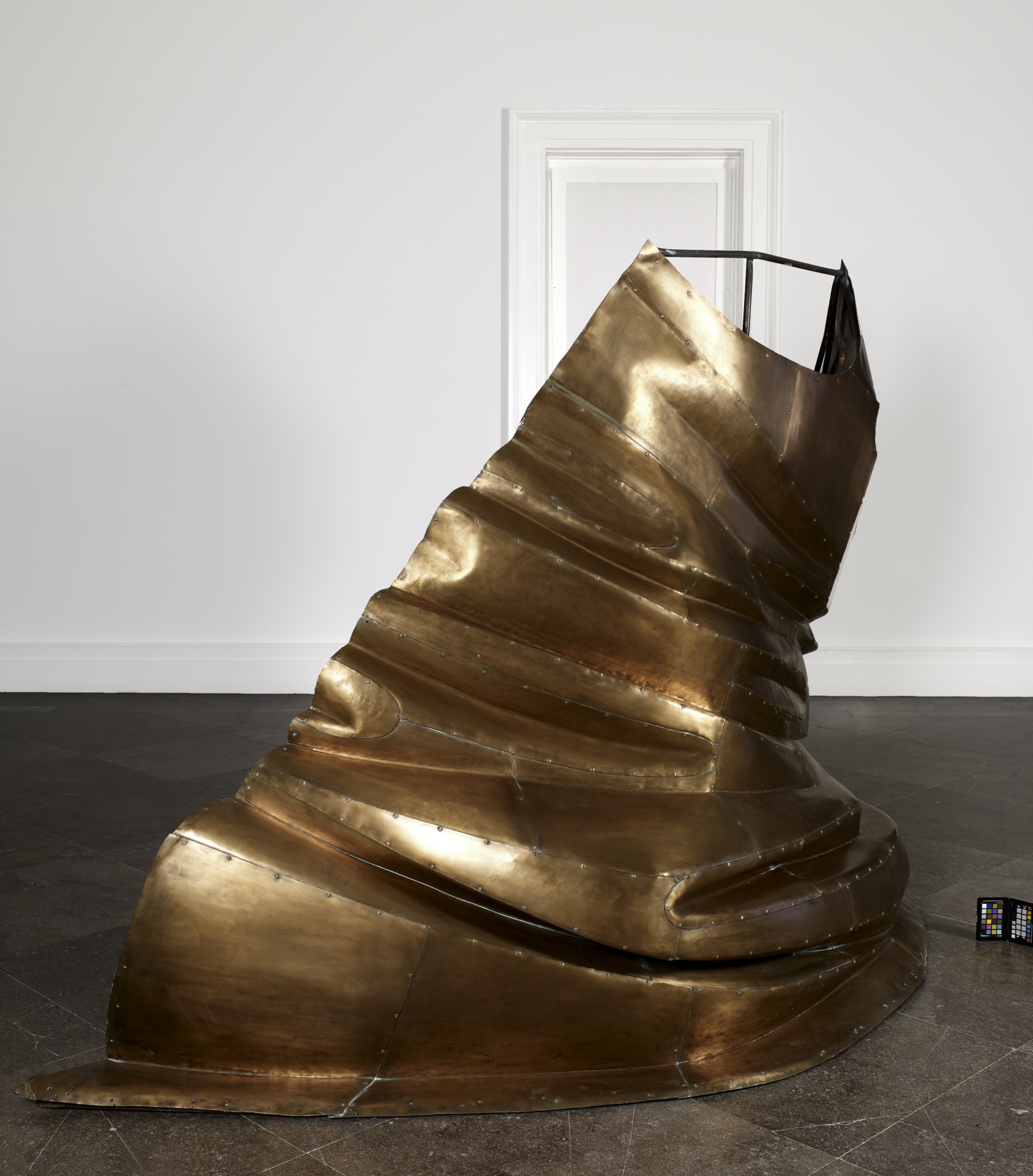 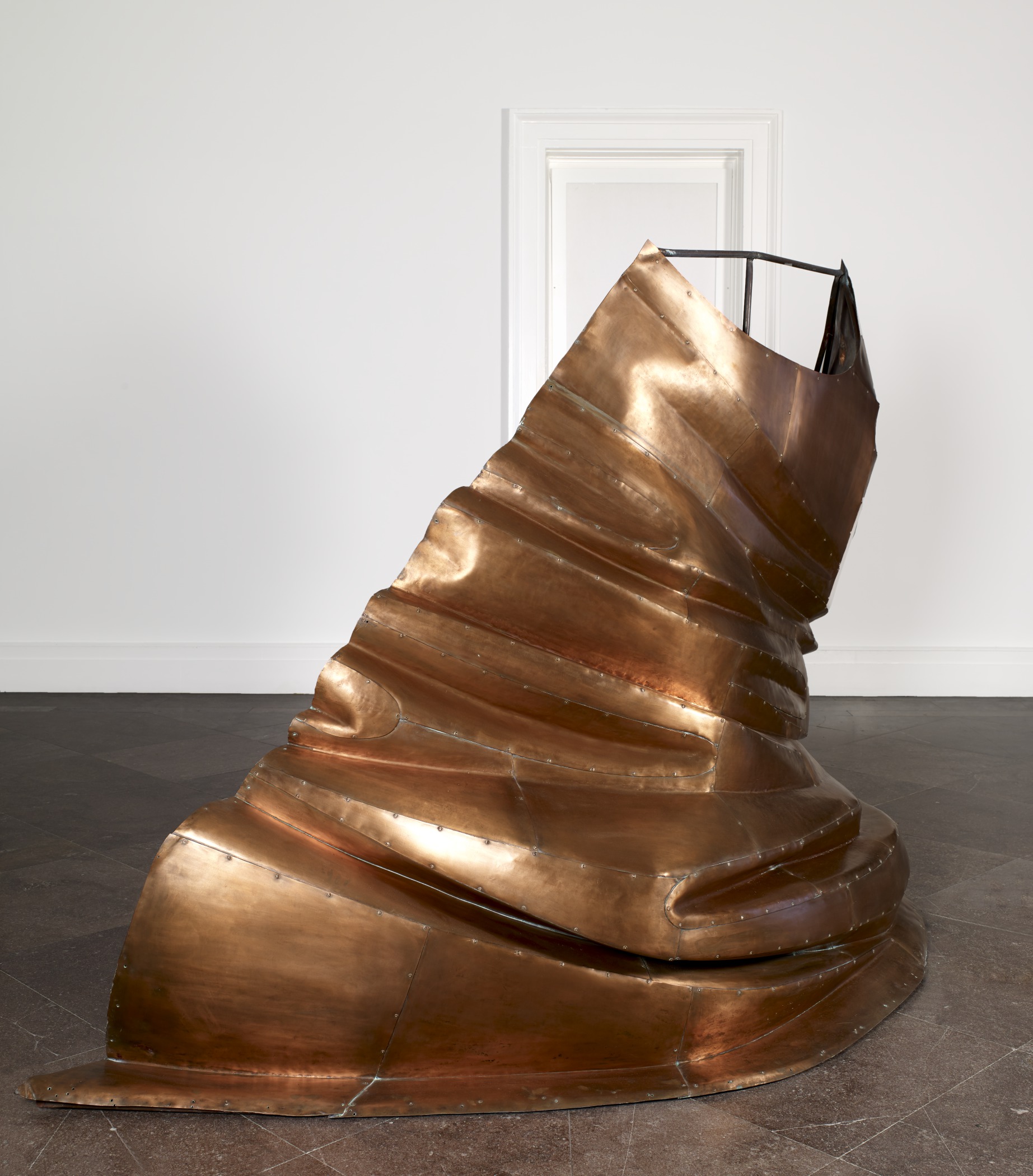 from the artist to Galerie Chantal Crousel;
sold to the Albright-Knox Art Gallery, December 8, 2015

In 1979, when Danh Võ was just four years old, his family fled war-ravaged Vietnam. Their small boat sailed into international shipping lanes and was rescued by a Danish container ship, which led to the family migrating to Denmark. After growing up there, he attended university in Germany and now lives in both Berlin and Mexico City, making art that relates to the fluidity of nationality, history, and family and cultural memory.

In 2010, Võ undertook a massive project to create a full-size replica of the Statue of Liberty. The original was given to the United States by France and has stood in New York City’s harbor welcoming immigrants to America’s shores since 1886. Võ’s replica is made of the same material as the original—copper sheets measuring only 2.5 millimeters thick—and, like the original, was manufactured in pieces (in this case by craftspeople in China). Rather than being assembled into a whole, however, Võ’s pieces were dispersed to museums and private collections around the world. The fragment on view here is from the shoulder of the statue’s torch-bearing arm. Encountering the Statue of Liberty in this way allows us to appreciate the fragility and beauty of the original, suggesting both the vulnerability of immigrants and the preciousness of the ideals that the Statue represents.