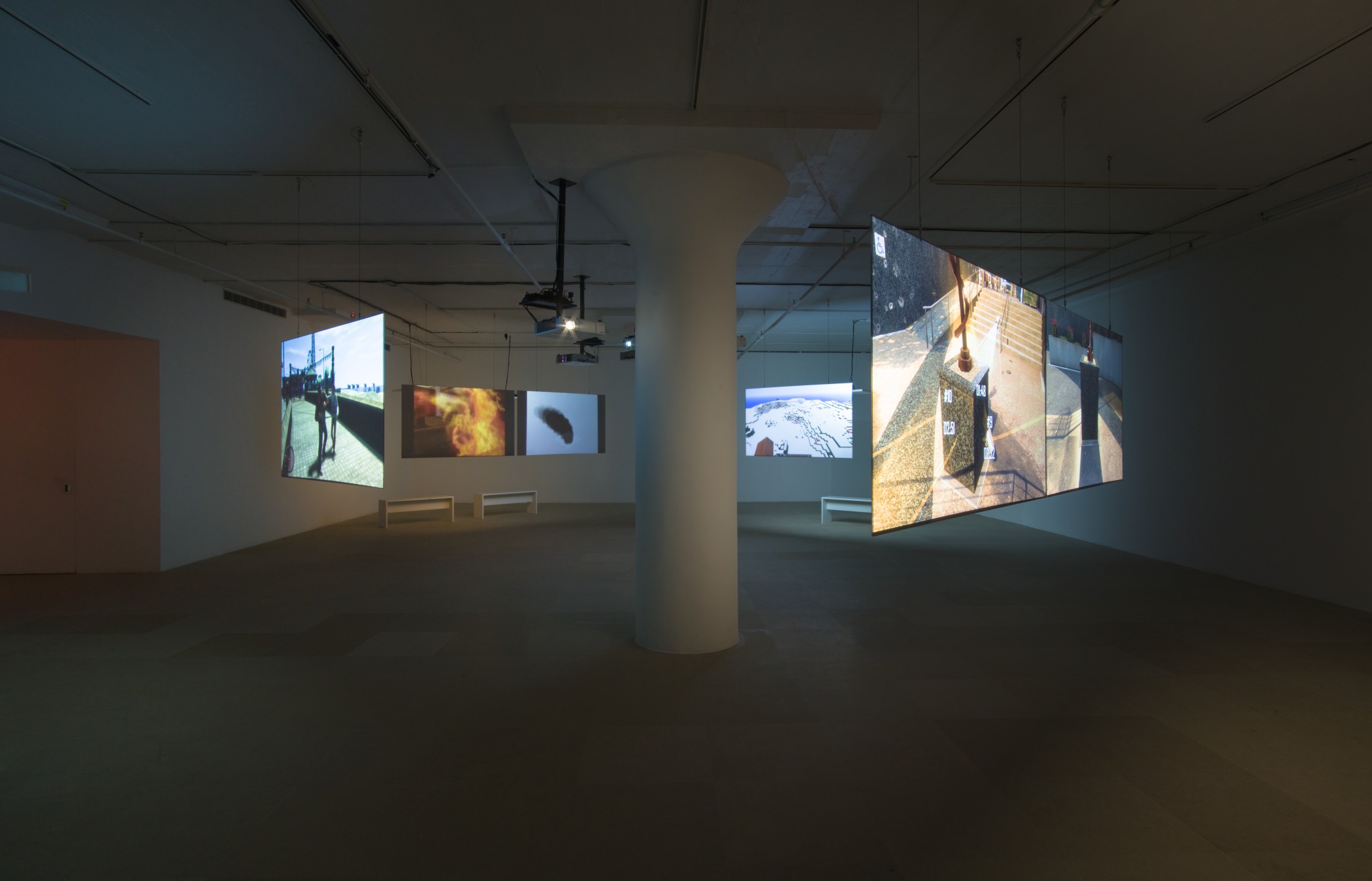 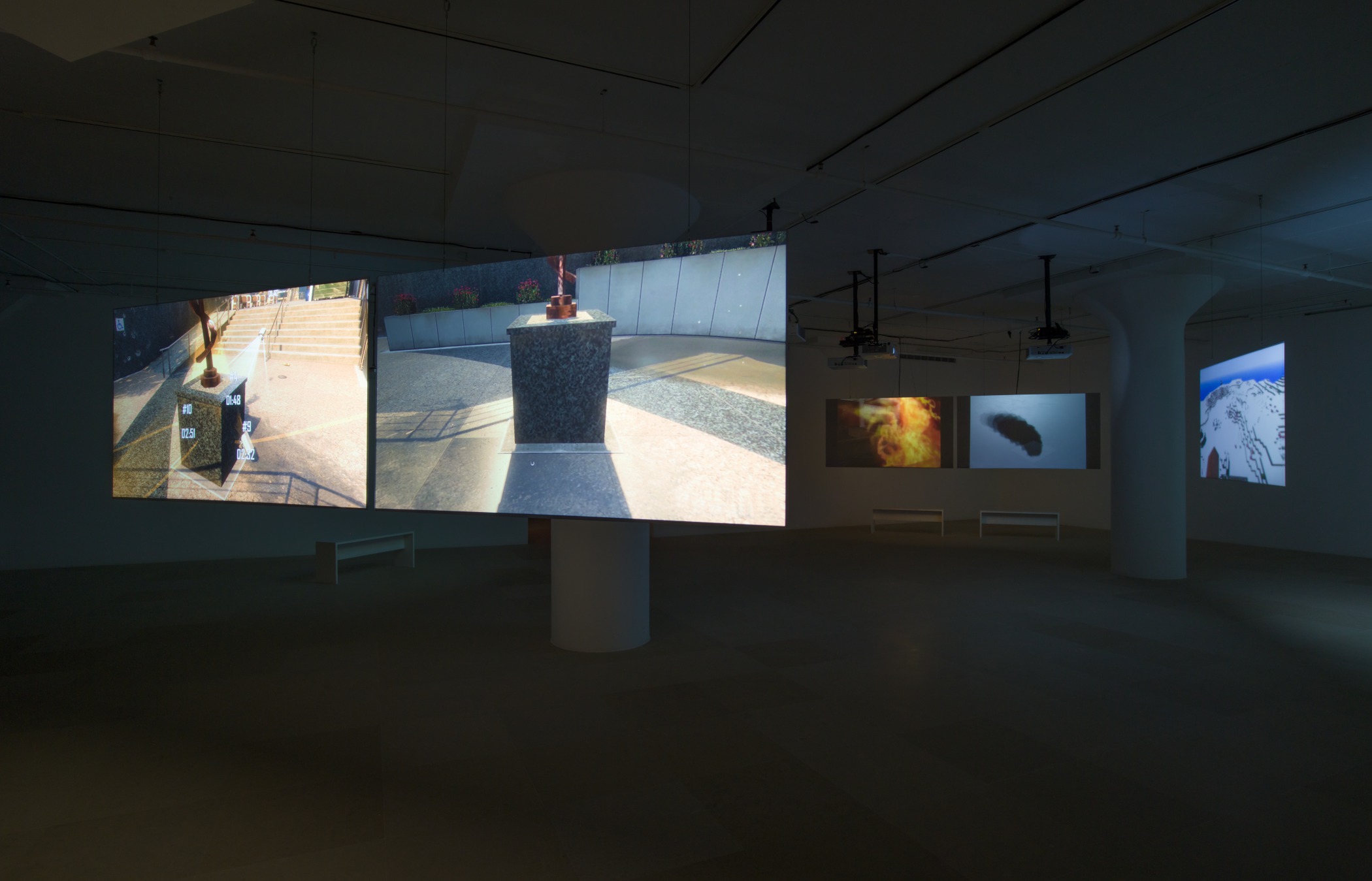 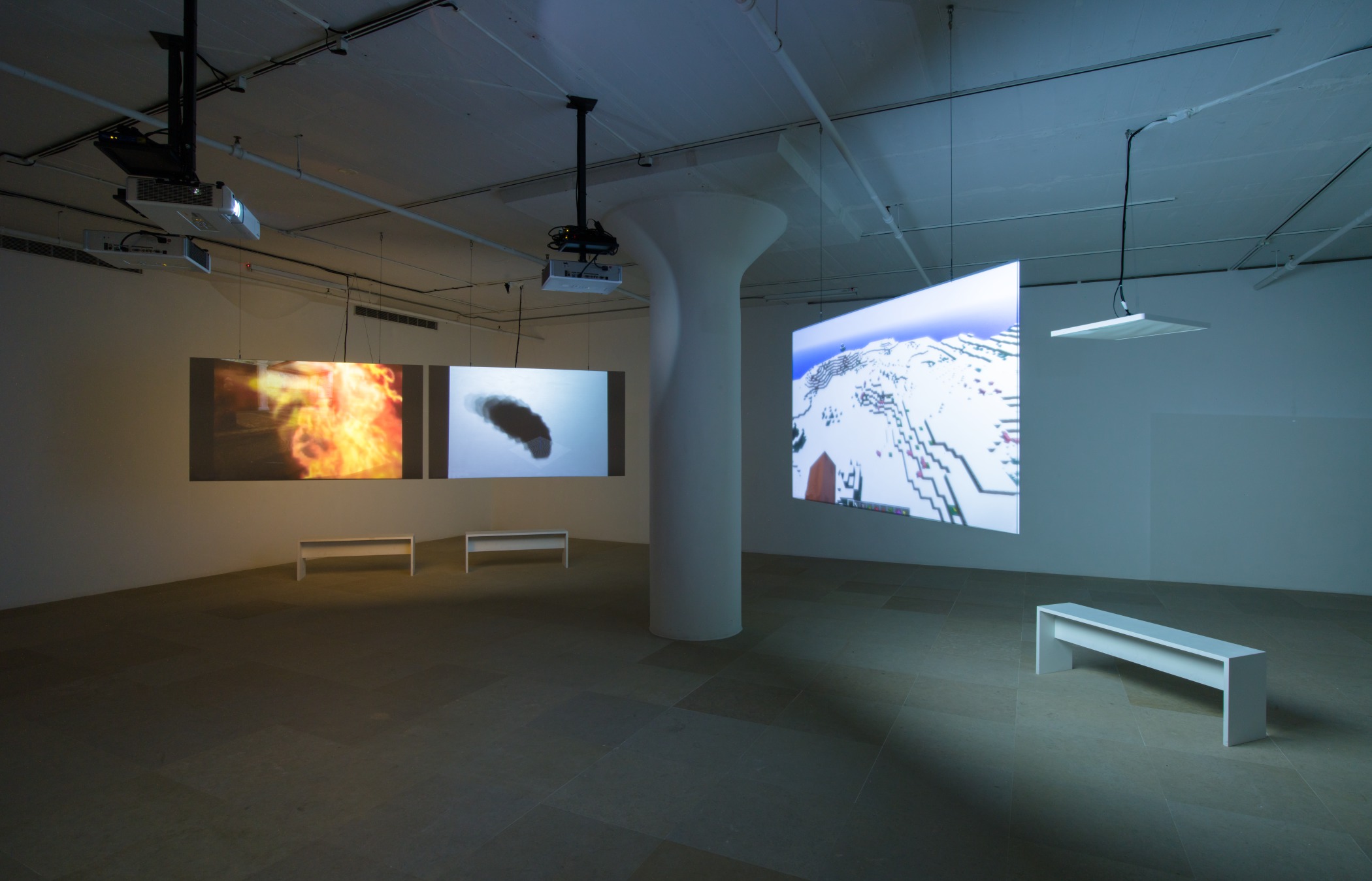 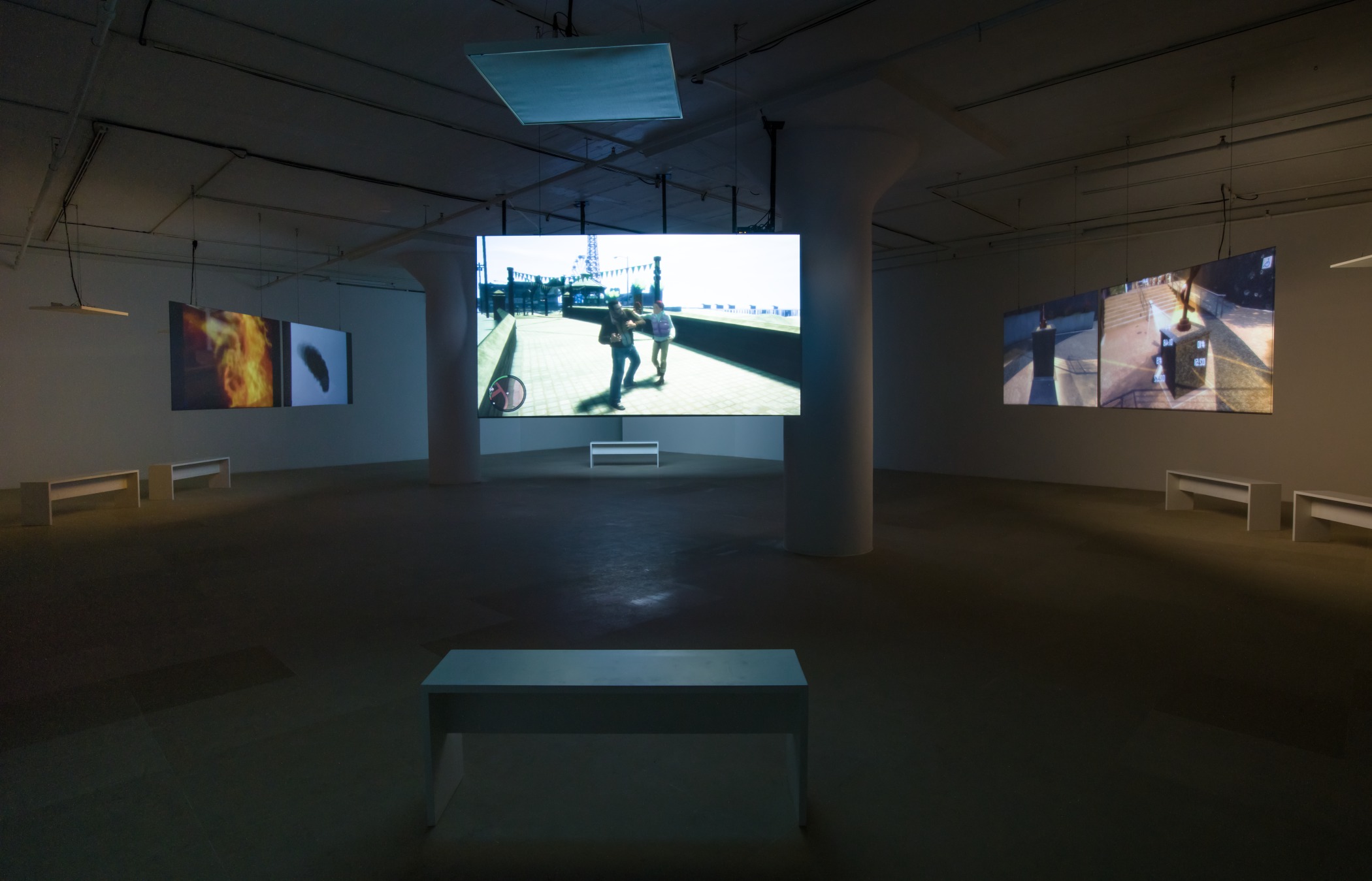 Edition: artist's proof 3/3 from an edition of 8

estate of the artist;
purchased from the artist's estate through Greene Naftali Gallery, New York, by the Albright-Knox Art Gallery, February 17, 2015

In mathematics, two lines are said to be parallel if they are always the same distance apart and will never touch or intersect, even if they were to be stretched out to infinity. In Harun Farocki’s four Parallel video installations, created between 2012 and 2014, the relationship between the two lines or worlds in question—quotidian reality and video games—is never so orderly. To create these works, the artist compiled fragments of video games dating from the simple dots and lines of the early 1980s to the hyperrealistic, immersive single-shooter experiences of today, charting the development of techniques used to simulate an illusionary three-dimensional reality and the means by which characters within these realities define themselves and interact with one another. As the imagery unfolds within each work and historically across the quartet of videos, Farocki’s editorial eye presides over an analysis of the visual interface that constructs the gaming experience.

Popular interpretations of video games tend toward two views: either they represent a self-contained escapist universe totally removed from reality, or because they are actually a part of the real world, they court the danger that virtual behaviors in virtual landscapes will be reenacted in real life. Farocki’s interrogation of these two overly simplified associations represents a special case of the overarching project that defined the artist’s entire career: how to visualize the techniques of image instrumentalization in the space that binds, and sometimes amalgamates, public and private spheres. The careful juxtapositions, voiceovers, interspersed footage of computer programmers at work, and other links to the “real” that recur amidst the computer-generated fictions suggest that our relationship to video-game realities is as ever-shifting as the technologies that construct and enmesh these physical and virtual worlds.