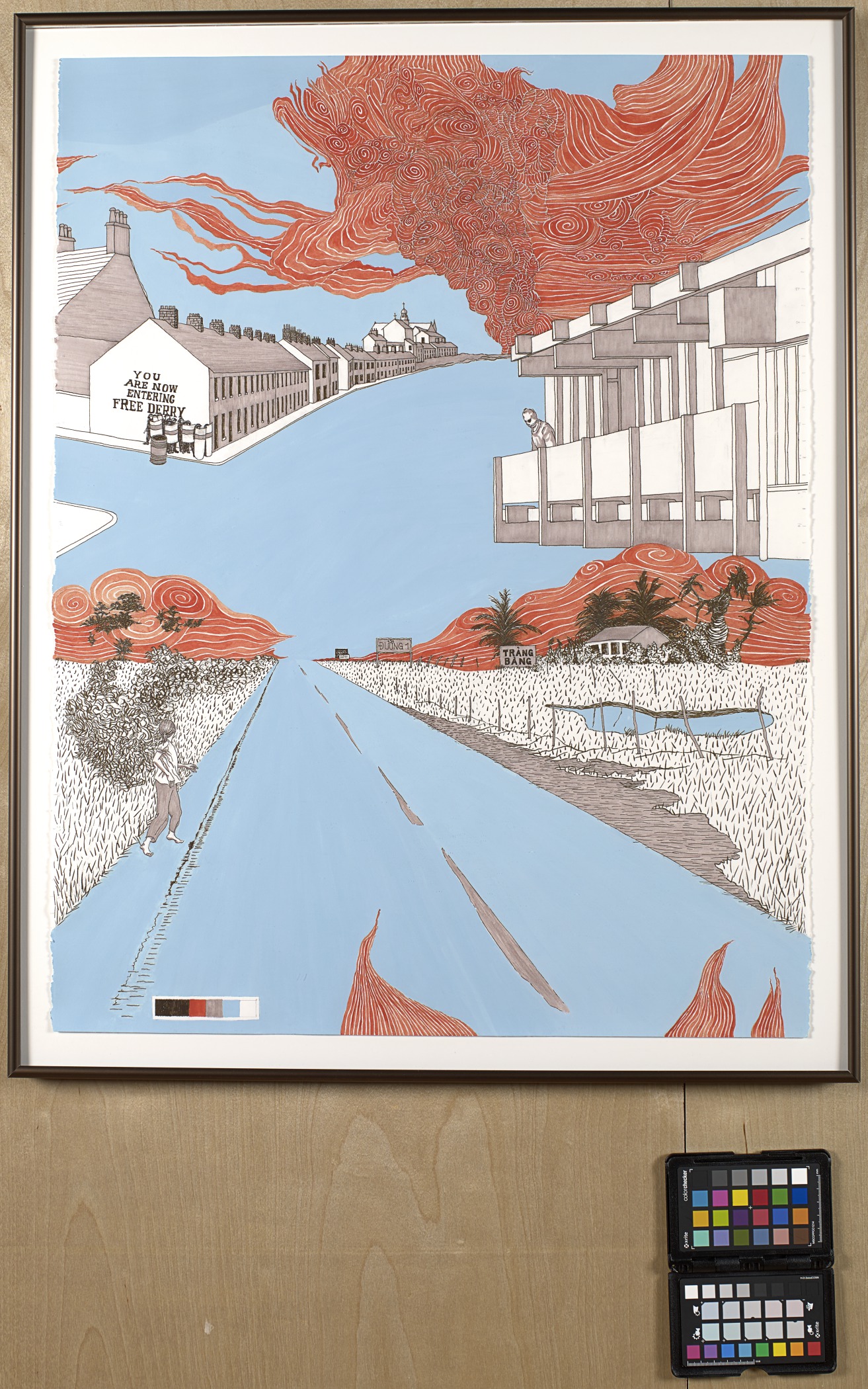 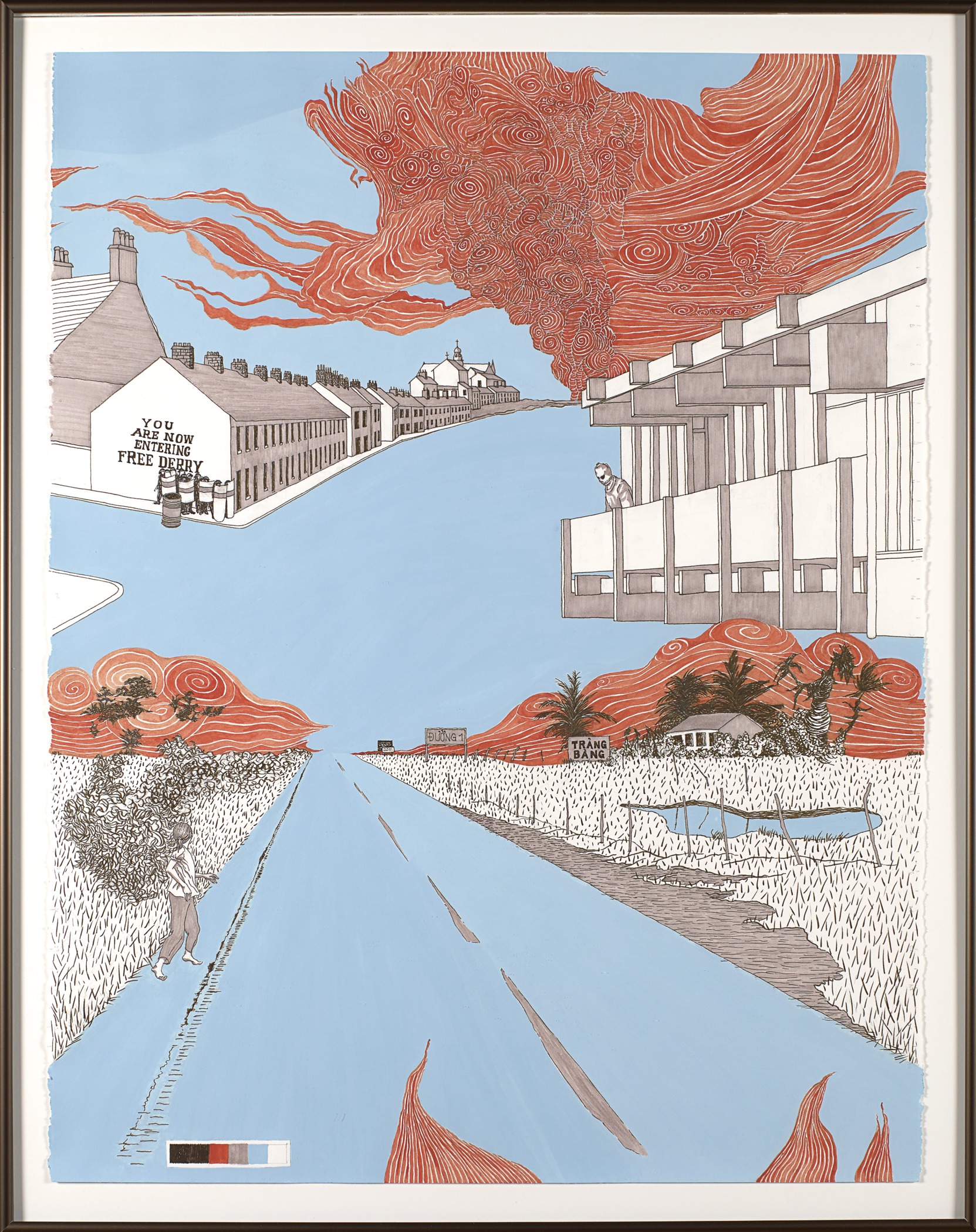 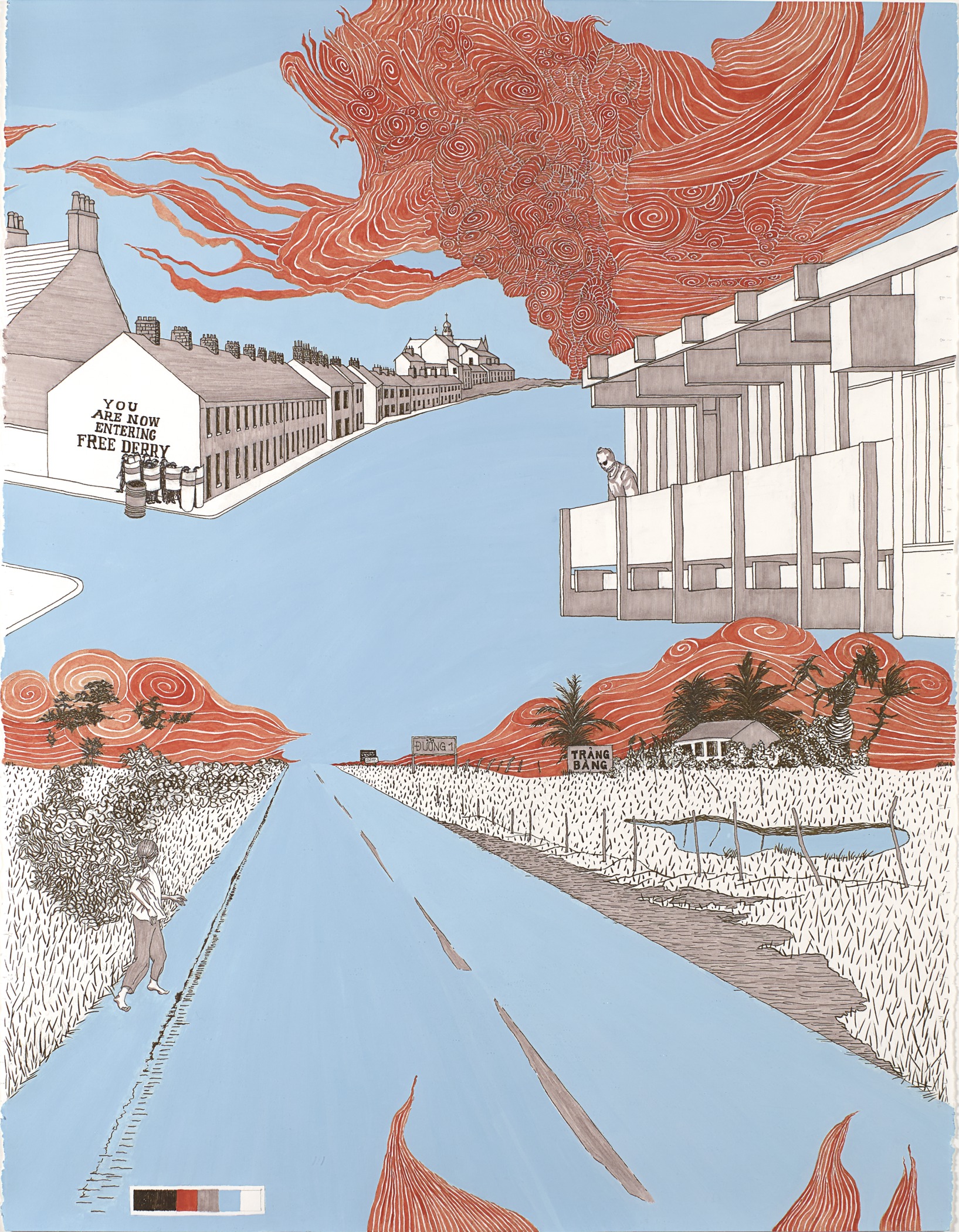 Charlotte A. Watson Fund, by exchange and Gift of Miss Amelia E. White, by exchange, 2017

from the artist to BT&C Gallery, Buffalo;
sold to the Albright-Knox Art Gallery, March 7, 2017

Over the past decade, Millie Chen has explored various invisible histories and the potential of the visual arts to convey conflict and trauma. Chen’s most recent series, entitled “Prototypes 1970s,” consists of ten wallpaper designs, one for each year between 1970 and 1979. Each design documents an event, or series of events, that occurred in the given year. For instance, in Prototype 1972: Londonderry/Munich/Trang Bang, Chen links the sites of a trio of violent incidents that occurred across the globe in 1972: Bloody Sunday in Londonderry, Northern Ireland; the Palestinian terrorist attack on Israeli Olympic team members in Munich, Germany; and the napalm bombing of the Vietnamese village of Trang Bang.

The 1970s were a formative period for the artist; she has said: “I started the decade in a shy, pre-pubescent state of mind and emerged from it with a budding but resolute sense of political consciousness.” And throughout her career, Chen has repeatedly been drawn to this particular time, especially its paradoxical mix of fervent belief in progress and the realities of war and corruption. She explains that if you think of the 1970s “optimistic associations come to mind: psychedelia; sexual liberation; second-wave feminism; gay rights; antiwar protests; the technological birth of Apple, Microsoft, the pocket calculator, and the mobile phone; and a groundbreaking cultural explosion, including punk rock and performance art. But this was also the era of the Cold War, the Vietnam War, the Cambodian genocide, the Kent State massacre, the energy crisis, Watergate, the AIM standoff, the Lebanese Civil War, the Baader-Meinhof Gang in West Germany, the Troubles in Northern Ireland, Apartheid in South Africa, the Cultural Revolution in China, Jonestown, the Love Canal disaster, the Three Mile Island disaster, etc.”