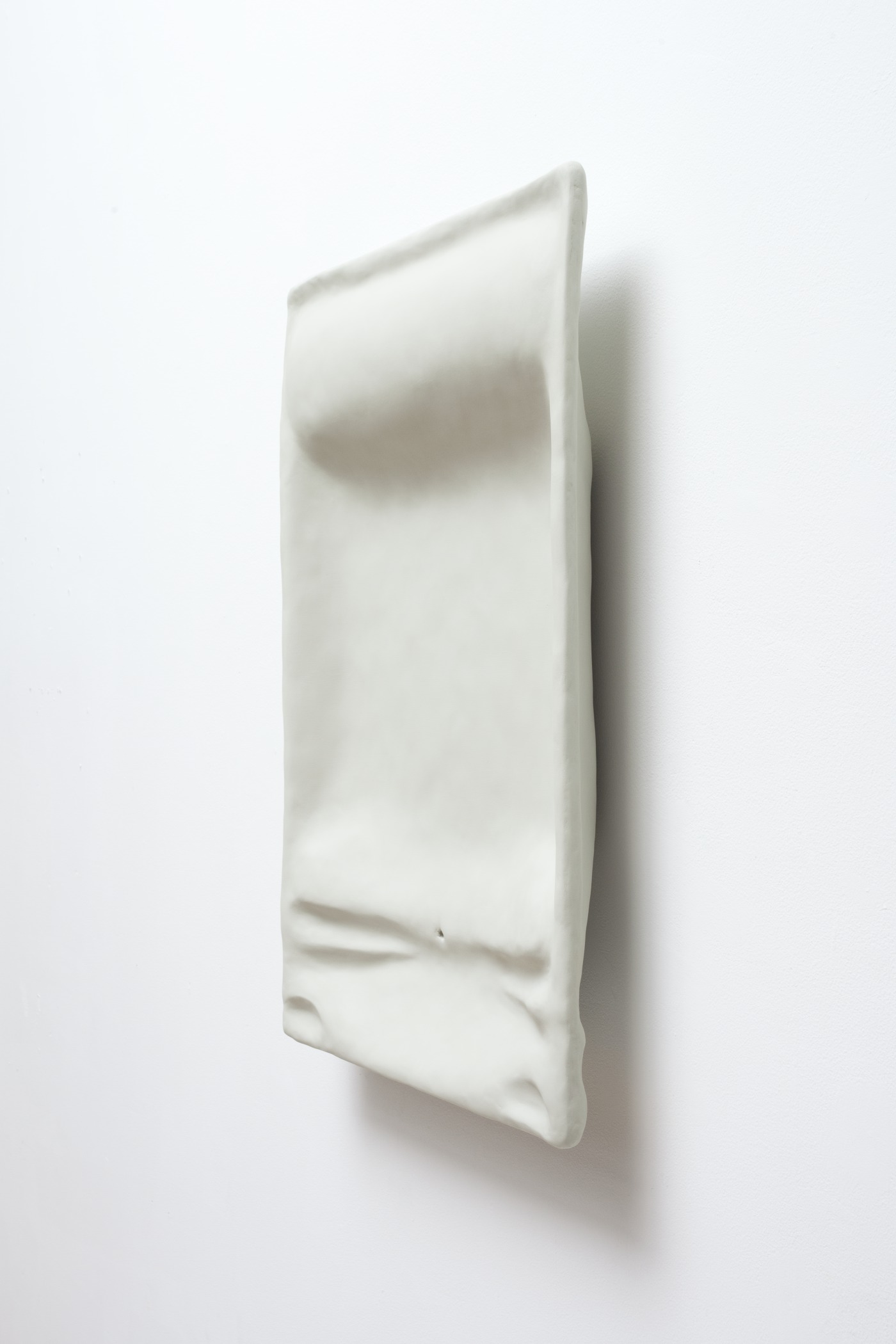 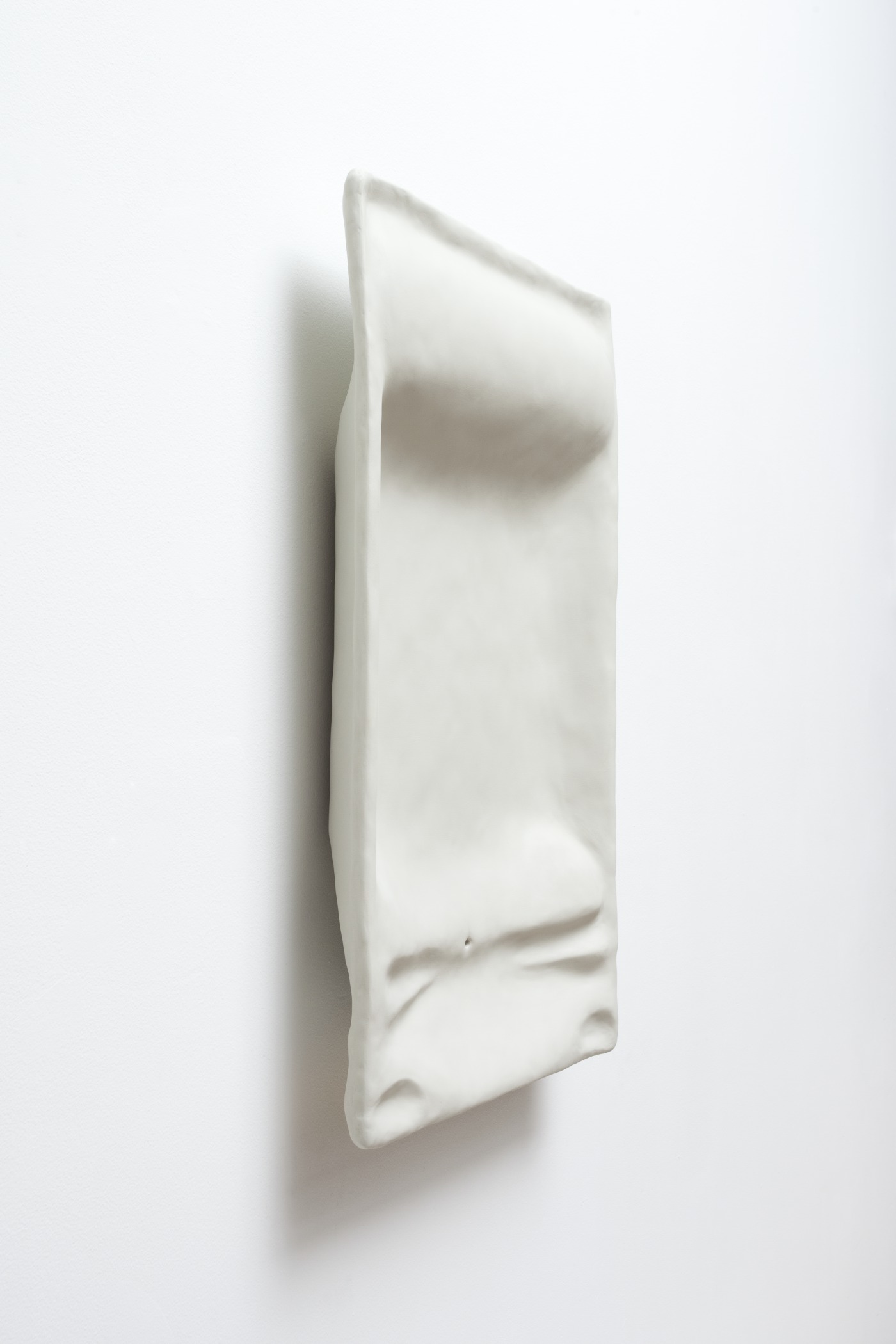 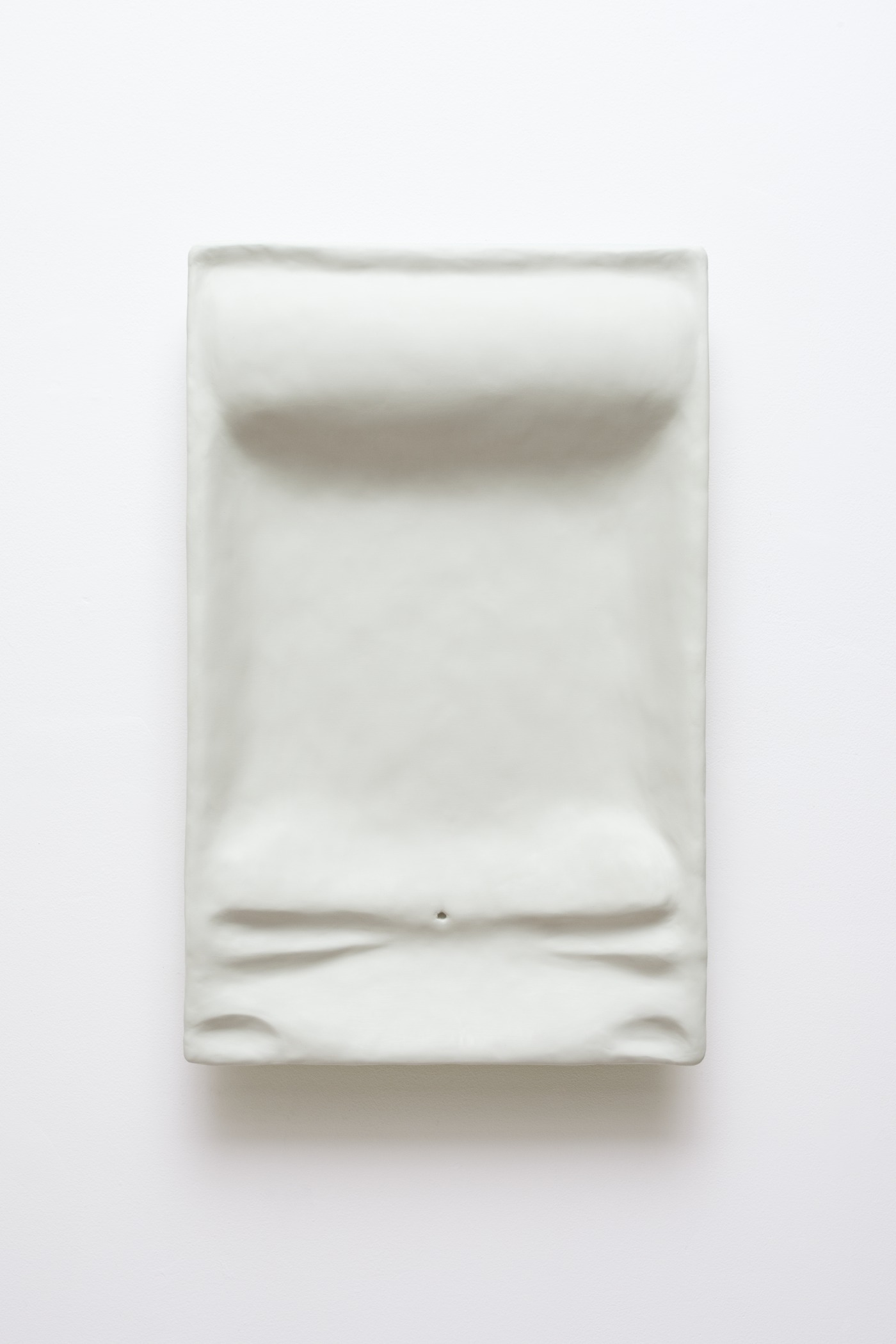 In her photographic practice, B. Ingrid Olson documents her body as it shifts in relation to her studio surroundings and the camera lens. She achieved the dizzyingly fragmented imagery of Perimeter of Two and One by carefully manipulating mirrors and light sources to double, mask, and distort her likeness. At the beginning of her career, Olson initially used a digital camera, but she never felt entirely satisfied with the results and eventually borrowed an analog camera from a friend. It was only when she took the exposed stock to be developed that she realized the camera had been loaded with slide film. However, the artist was immediately drawn to the resulting sharp contrasts of light and dark and unpredictable color, and today admits “there are a lot of things that happen in film that could not happen digitally . . . it was a happy accident that put me on this track.”

Perimeter of Two and One features the kind of object Olson thinks of as one of her “prosthetics”: sculptural creations based on found materials. For example, she layered a cast of pressed and formed plywood packing material with epoxy putty and paint to transform the object into the marshmallowy torso of Midriff Hrif. The work, when hung at a height that corresponds to its referenced body part, becomes an analog for the human figure.

The interrelation between bodies and architectural space is an abiding preoccupation for the artist. Both Perimeter of Two and One and Midriff Hrif were included in her first solo museum exhibition, held at the Albright-Knox in 2018. For the installation, entitled Forehead and Brain, Olson selected the museum’s Gallery for Small Sculpture based on the correlation she saw between the curved wall of the gallery’s hemicycle and the interior of a forehead, with each case acting as a different segment of the human brain.