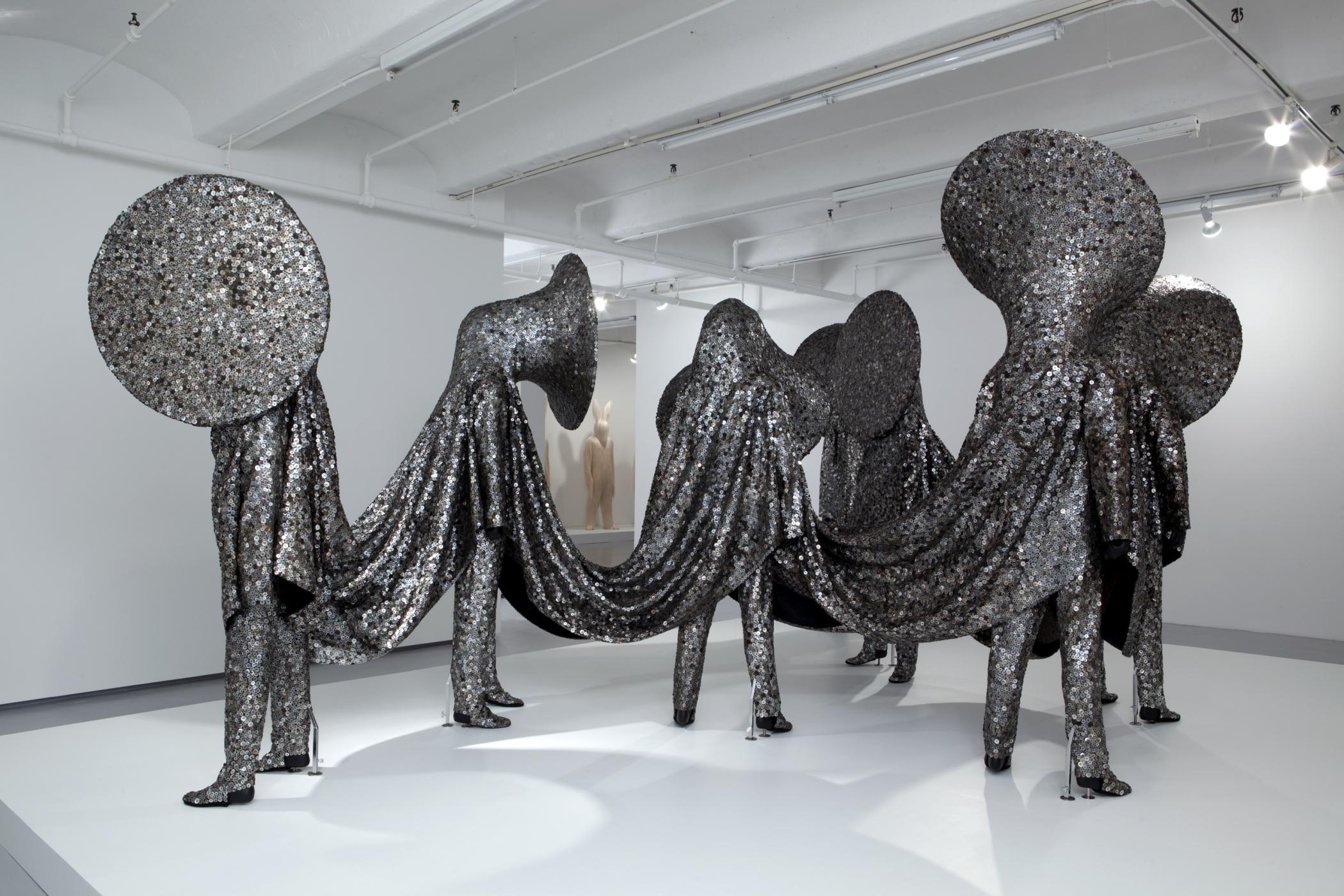 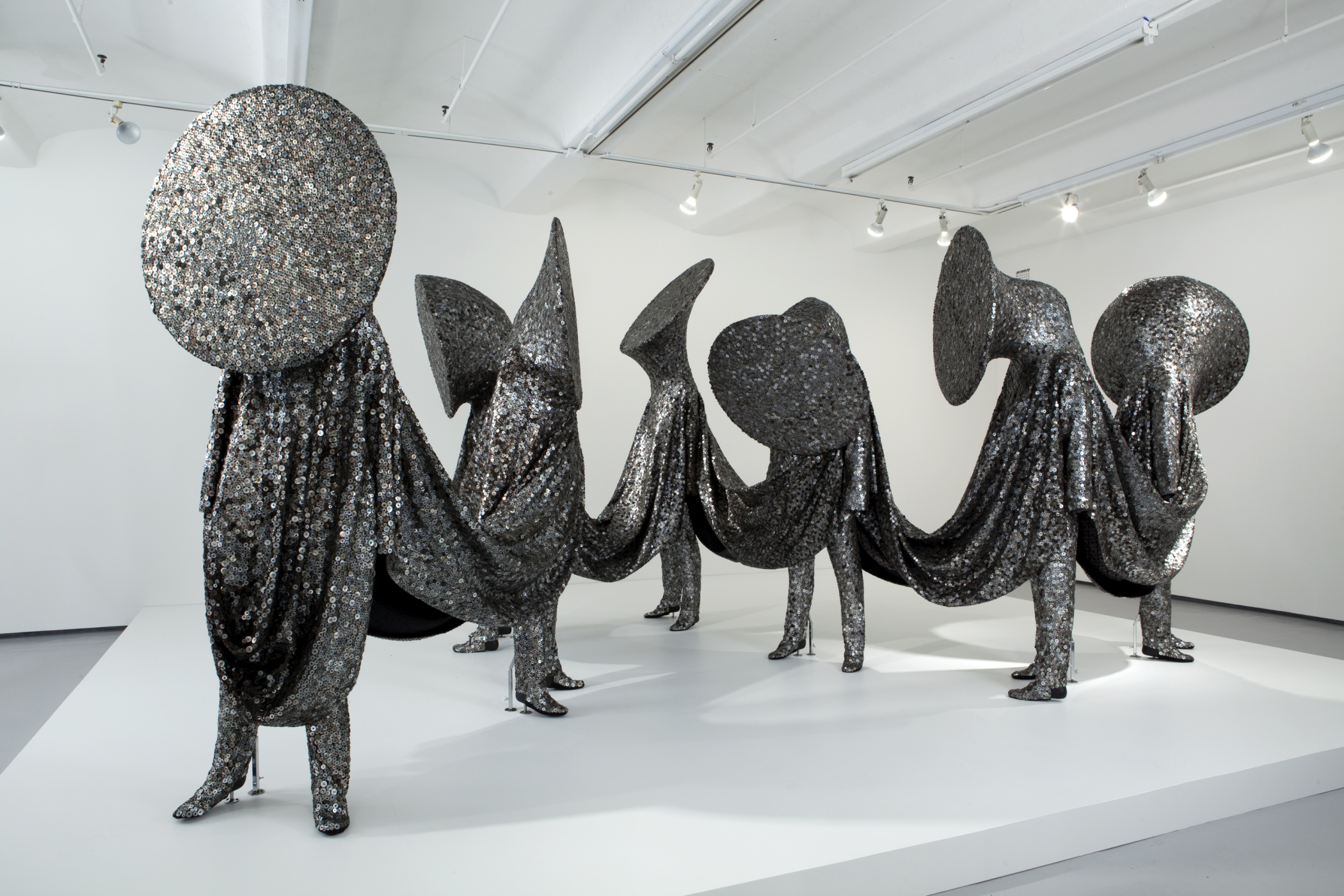 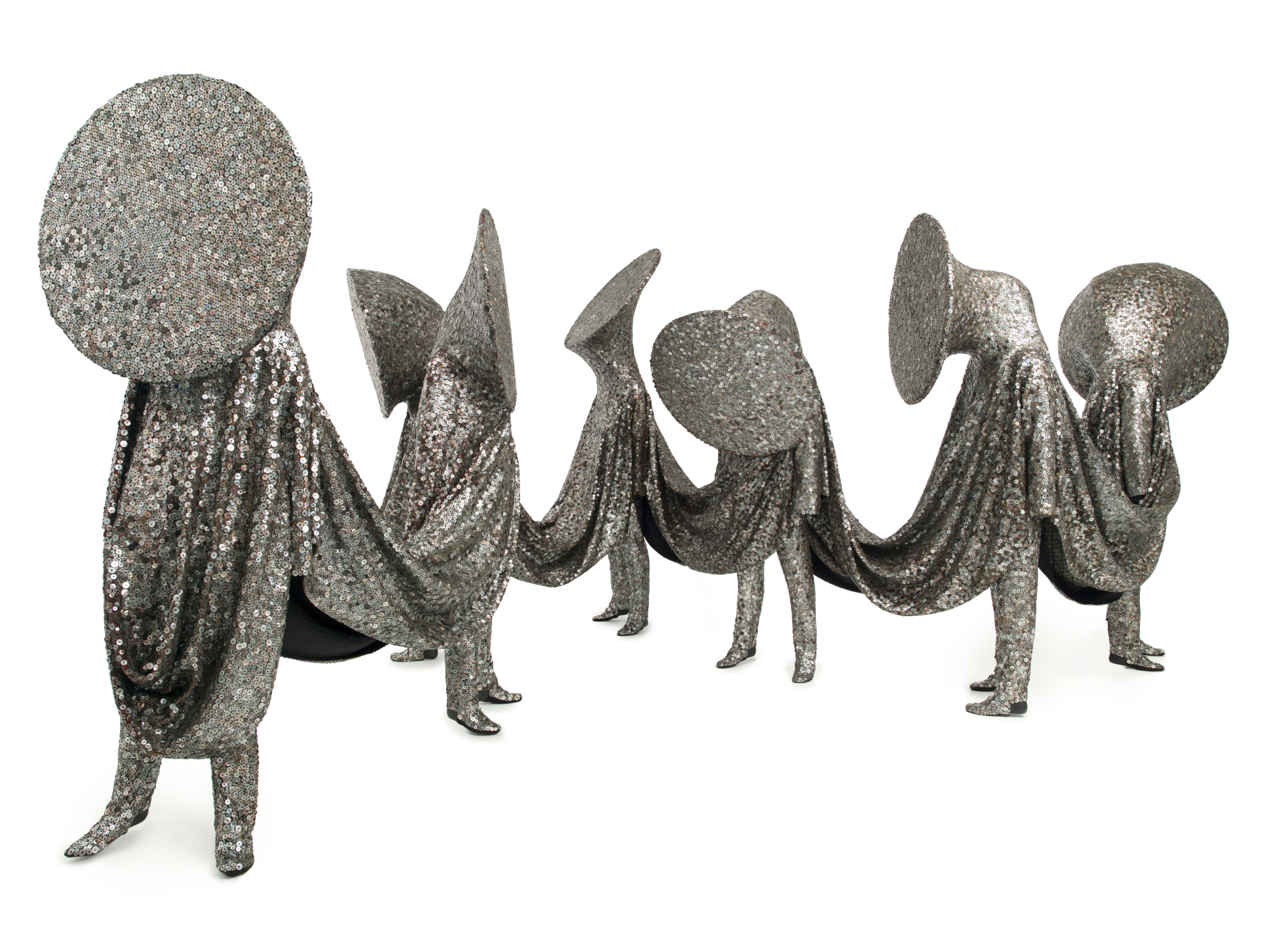 from the artist to Jack Shainman Gallery;
sold jointly to the Albright-Knox Art Gallery, Buffalo and the Museum of Contemporary Art, Chicago, March 20, 2018

Speak Louder gathers seven of Nick Cave’s signature “soundsuit” sculptures. Cave created his first soundsuit in response the widely publicized police beating of Rodney King in 1991 and the often-contentious national conversation around issues of racial and economic disparity and police use of force it provoked. For Cave, the sculptural garments could act as a kind of “second skin,” concealing potential markers for discrimination like race, gender, and class beneath a dense, visually exuberant armor of vintage masks, beads, plastic flowers, and skeins of synthetic hair, and other found and hand-fabricated elements. Originally, many of these works were designed to be worn in performances, activating the noises that give the works their name. However, in the decades since, Cave has also created soundsuits, like those in Speak Louder, intended to be presented as sculpture.

For Cave, Speak Louder is “a piece about speaking and not being heard,” and a platform to address what he has identified as one of the most pressing issues challenging his current hometown of Chicago: how the voices of those disproportionally impacted by violence, especially young black men, are often unheard or deliberately silenced in the civic dialogue around this problem. The oversized headpieces topping the soundsuits in Speak Louder resemble devices for fulfilling the command given by the work’s title; they suggest the flared discs of speakers or possibly the bells of a tuba or sousaphone. By bringing these figures together, Cave underscores the additive power of coming together as a community to make your voices heard and bring about positive changes. “I want to provide [viewers] with transitional experiences,” Cave has said. “It’s about providing a moment of silence, and at the same time asking, ‘Come out with me and play.’”