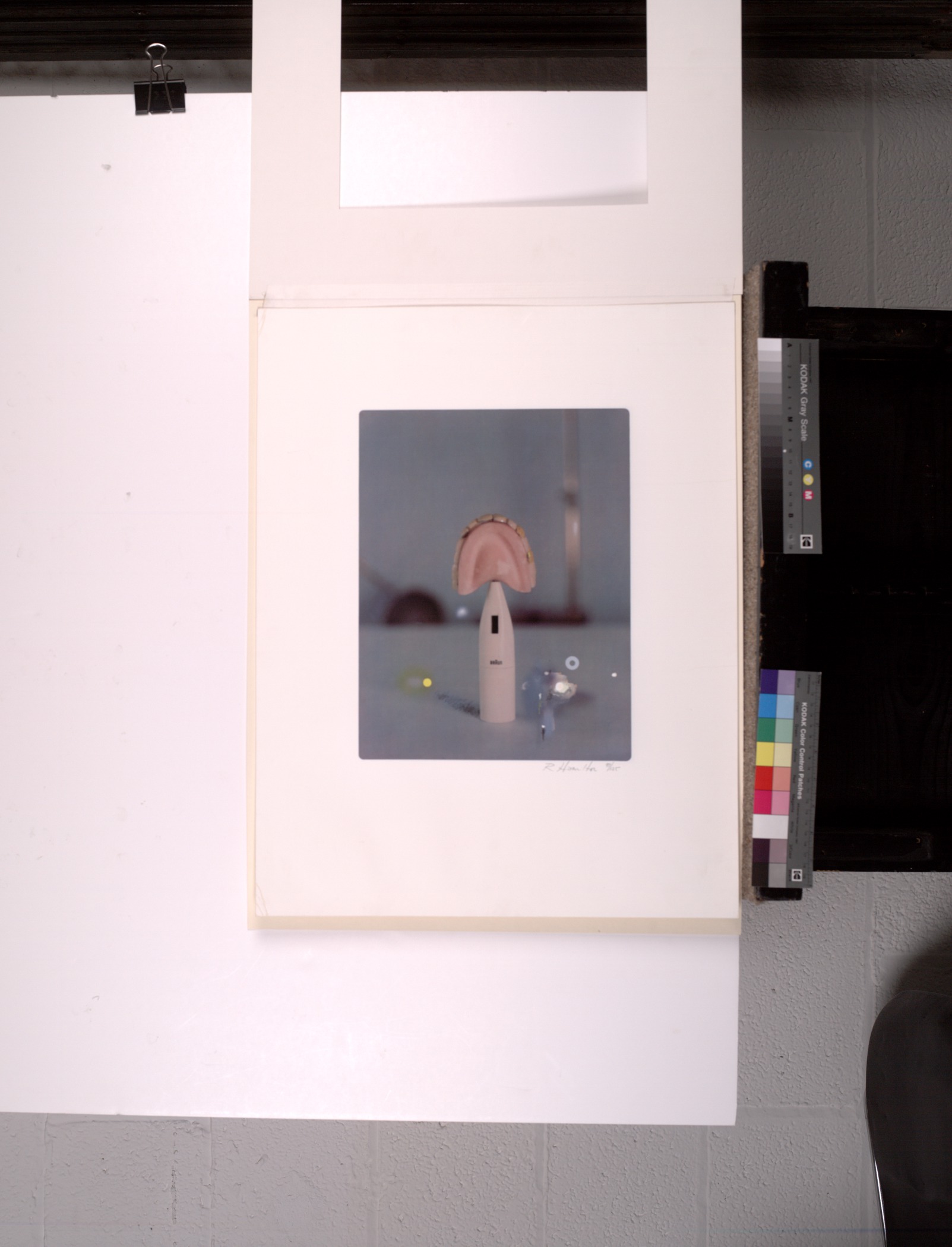 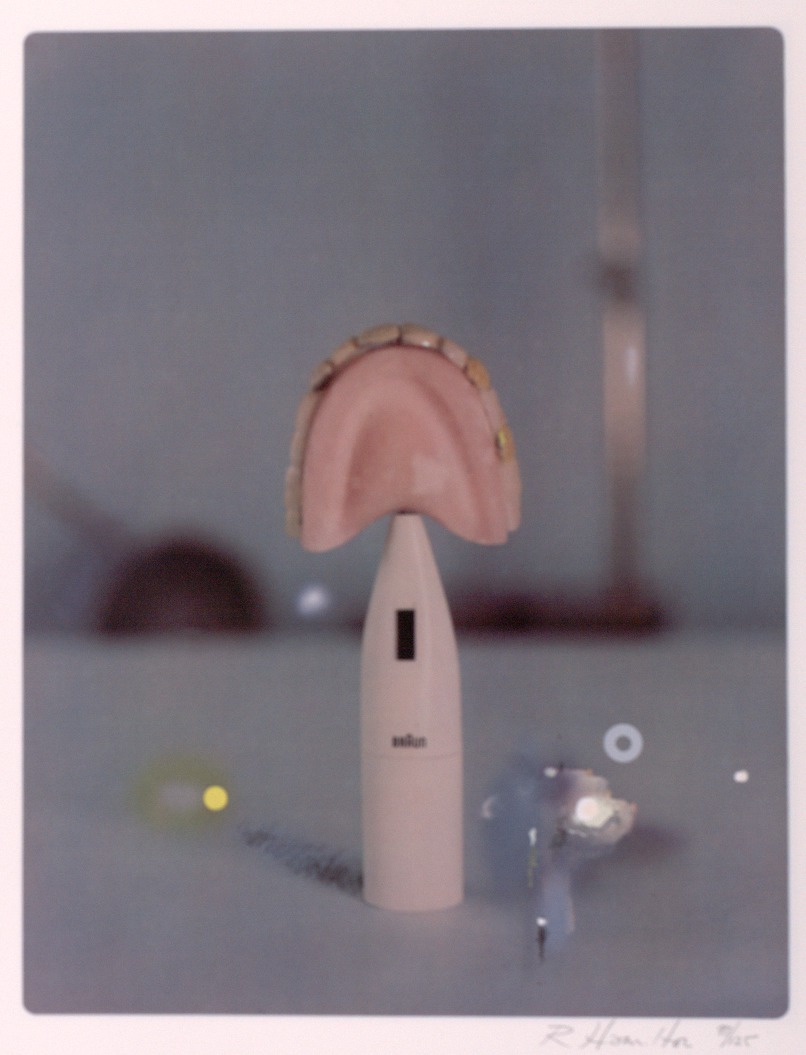 Richard Hamilton, one of the leading members of the Independent Group, is best known for his groundbreaking collages, which offer unique vantage points into the popular culture of the 1950s and 1960s. Hamilton believed that all art was equal, and that there should be no hierarchical value placed on creative expression. Like his fellow Independent Group member, the curator and critic Lawrence Alloway, he believed that Elvis Presley contributed just as much to the history of the modern visual world as Pablo Picasso, for instance. He began addressing the impact of modern culture on postwar Britain by creating collaged works with imagery taken from newspapers and magazines, fashioning worlds in which musclemen and housewives cohabitate, fashion models vacuum, and a woman’s face appears as a composite of snippets from the pages of The New York Times. While The Critic Laughs may seem strange and surreal, its premise hails from a history of dental-themed works. In 1959, Jasper Johns executed a small sculpture of a toothbrush with four molars in place of bristles, and throughout the 1960s Claes Oldenburg made large-scale sculptures of toothpaste. Hamilton has added to this narrative by updating the concept with dentures and an electric toothbrush, commenting on the consumerist rise of the art market. About the work, he said, “Product, package, and promotion material is the cycle of the consumer goods industries. Nothing in my experience and practice suggests that this same cycle does not apply to that category of human activity we label ‘art.’”