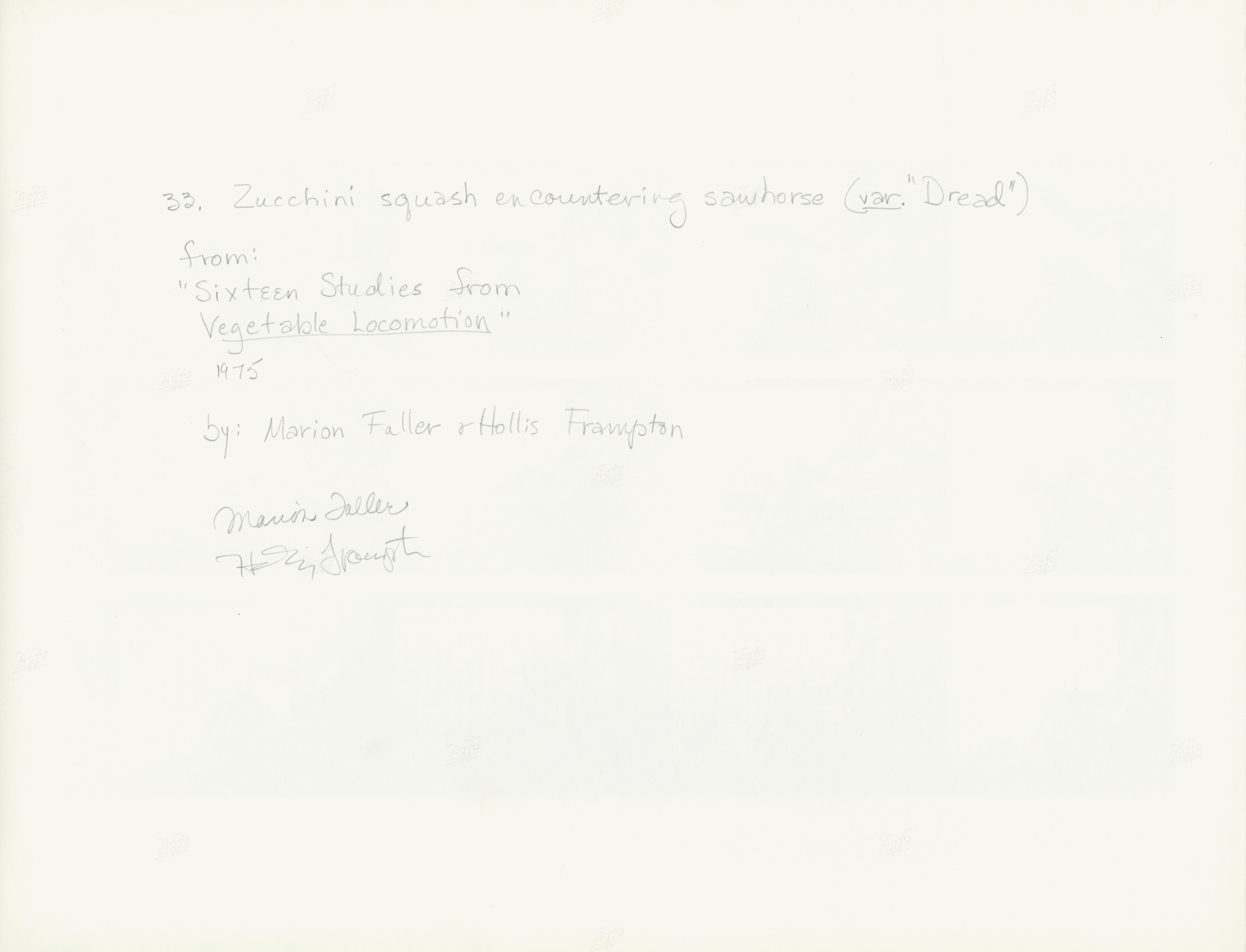 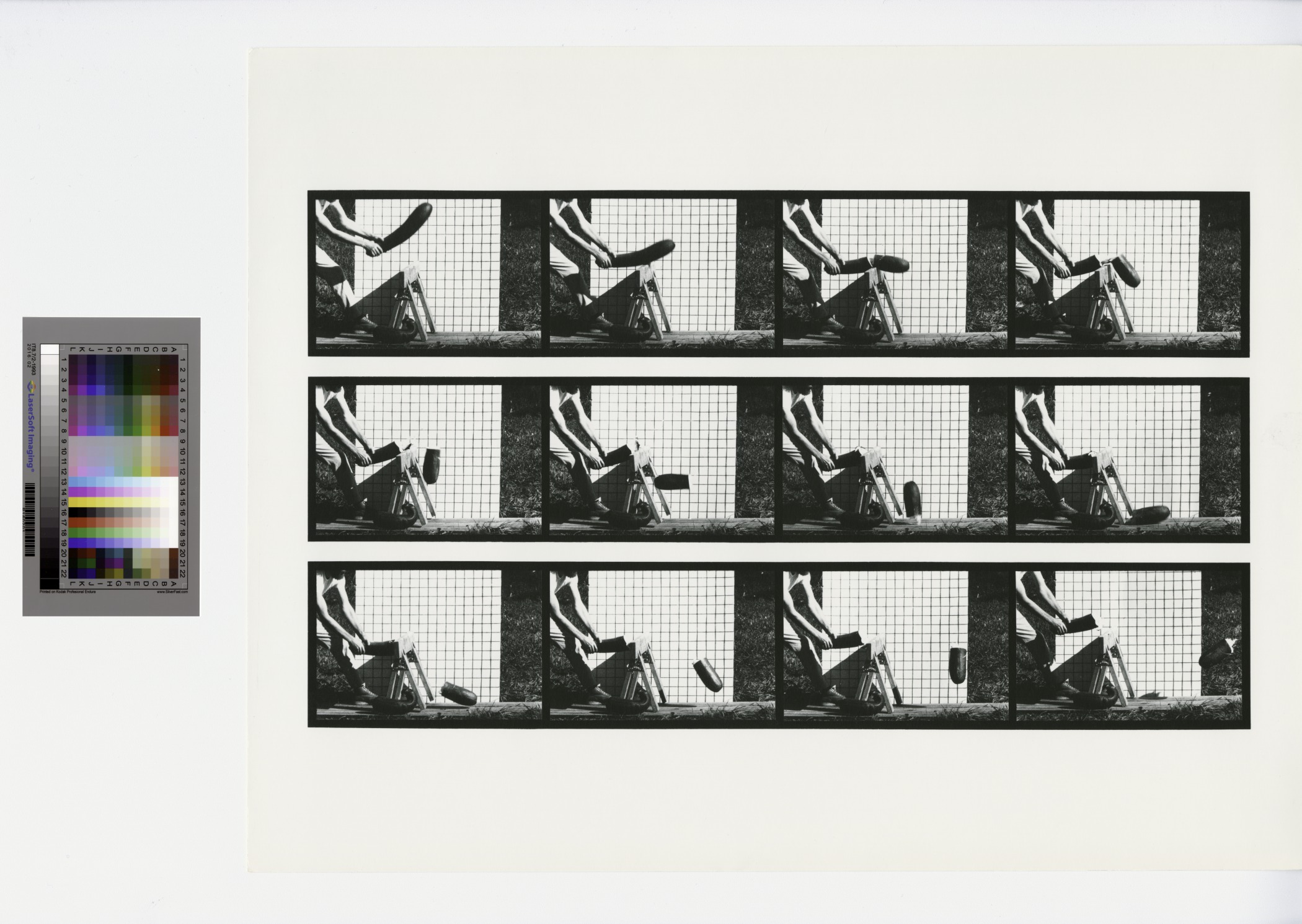 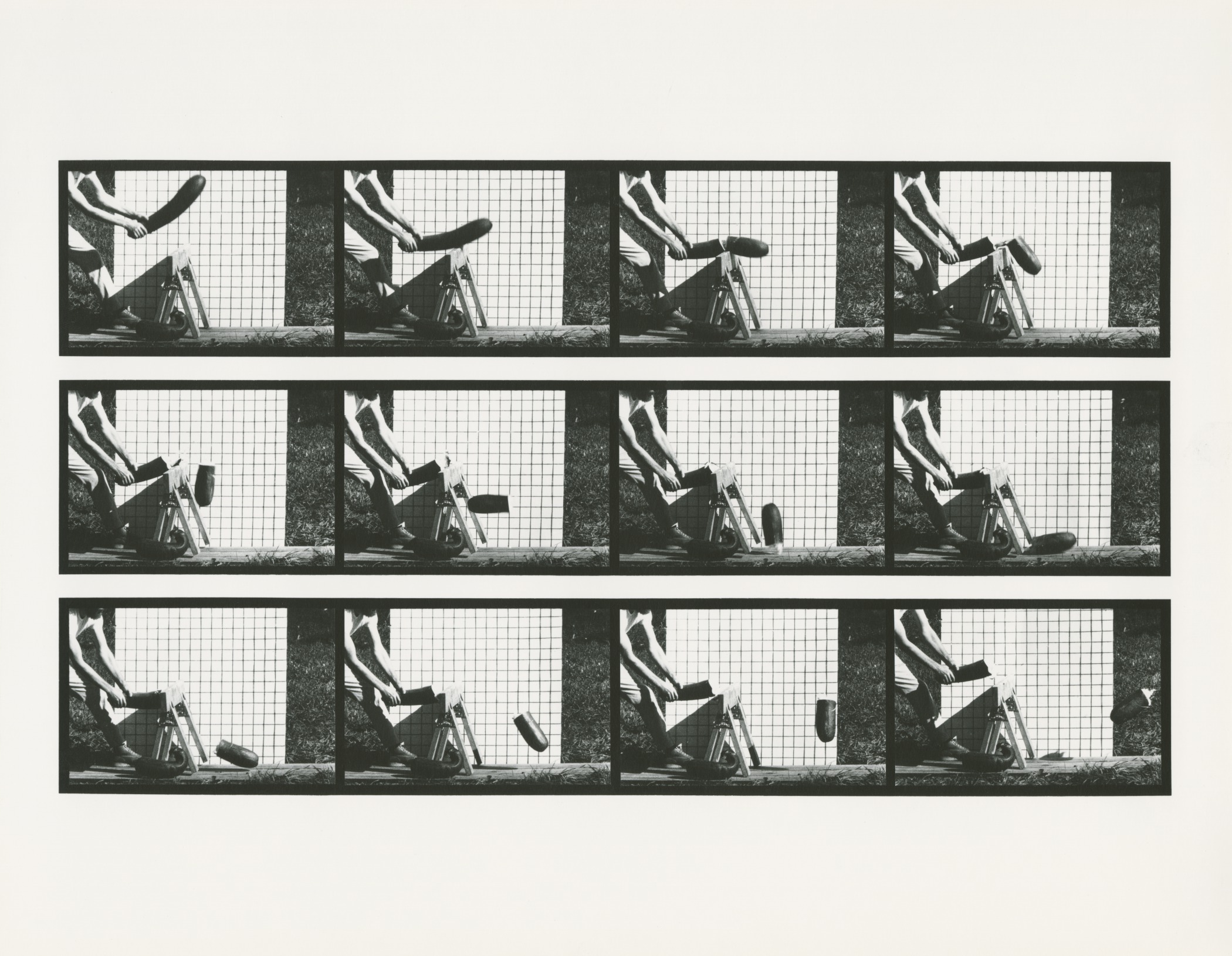 Hollis Frampton and Marion Faller created 33. Zucchini squash encountering sawhorse [var. "Dread"] as part of their first collaboration: a series of sixteen photographs that is partly an irreverent homage to photographic studies of human and animal locomotion by Eadweard Muybridge (American, 1830–1904). This tribute, however, takes the form of a number of humorous puns.