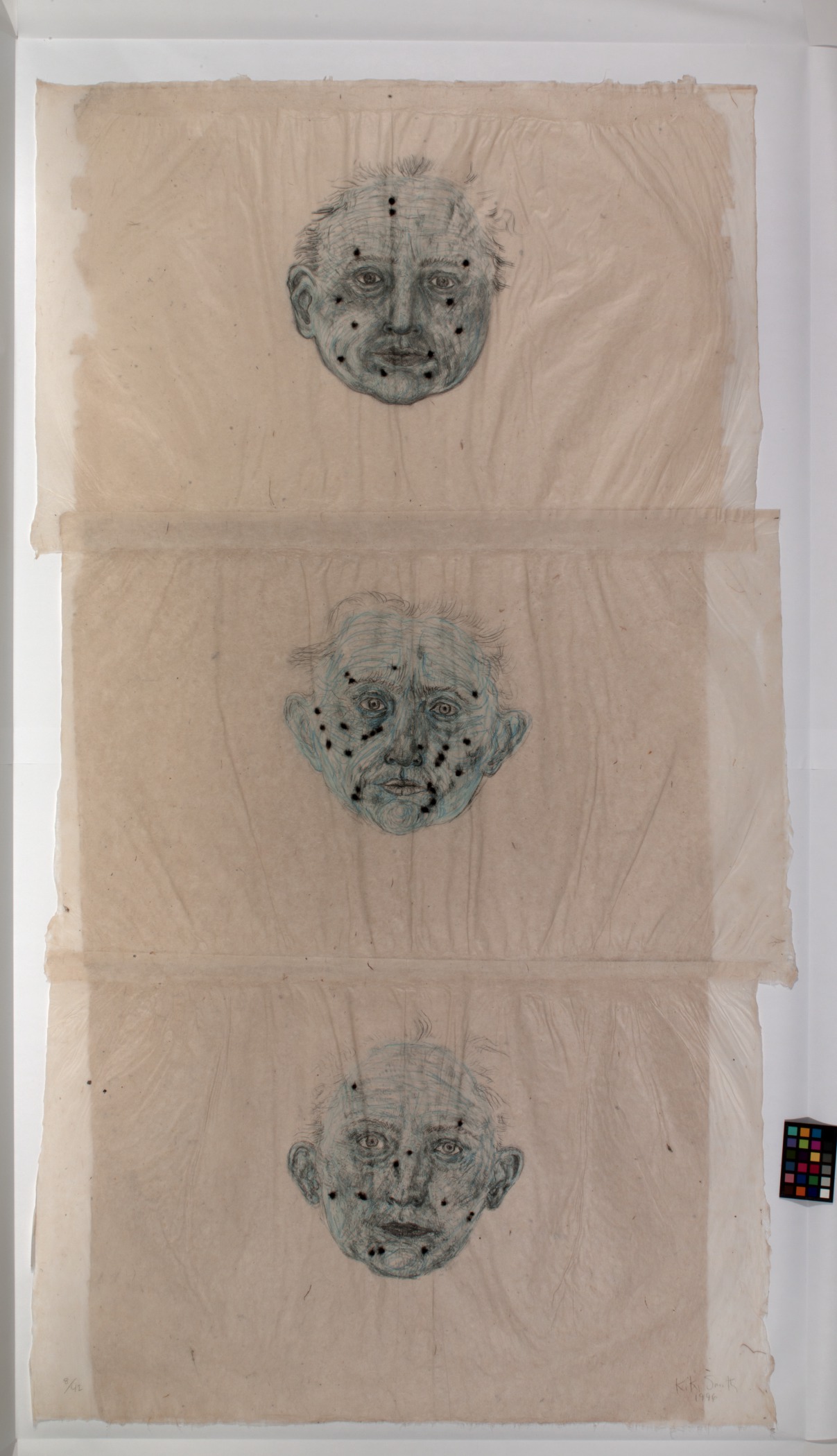 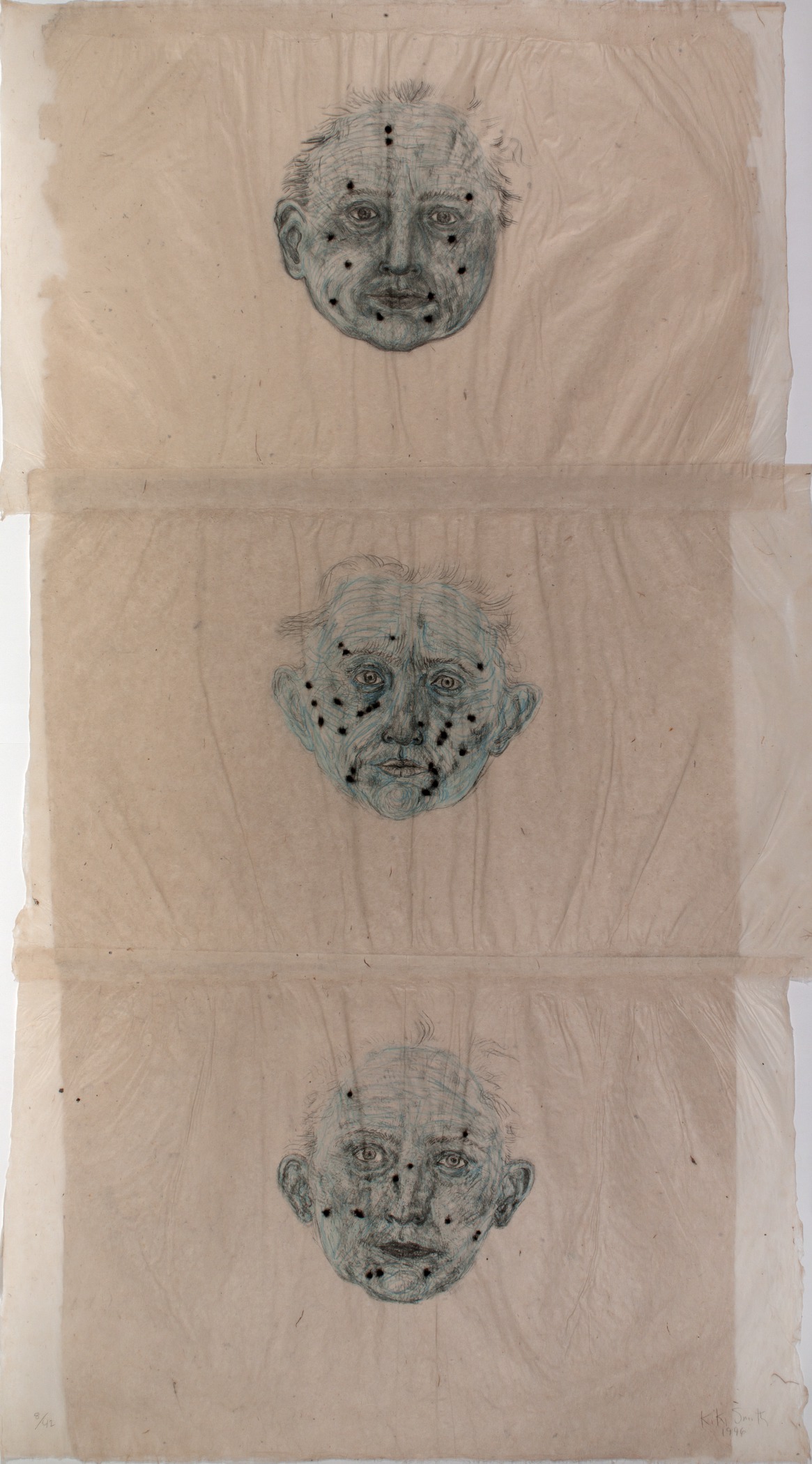 In Constellations, Kiki Smith presents portraits of herself and her twin sisters Beatrice and Seton (Beatrice had died of complications related to AIDS in the 1980s). Their father, Tony Smith, was a renowned Minimalist sculptor, and their mother, Jane, was an opera singer. For them, art was a family affair—one that Smith describes as “morbid” and “eccentric.” “We were the local weirdos,” Smith recalls, “until it became cool and exotic, when I was a teenager, to be from the family of an artist.” About family relationships, she says, “Many people don't have relationships to their siblings in adulthood, or they have superficial ones. It's sort of unfashionable, particularly in America, to be close to your family.” Her subjects’ faces, withered and aged, are marked with patterns suggesting a shared disease; the title of the work may refer to both these topographic features and to the familial bonds shared among the siblings.