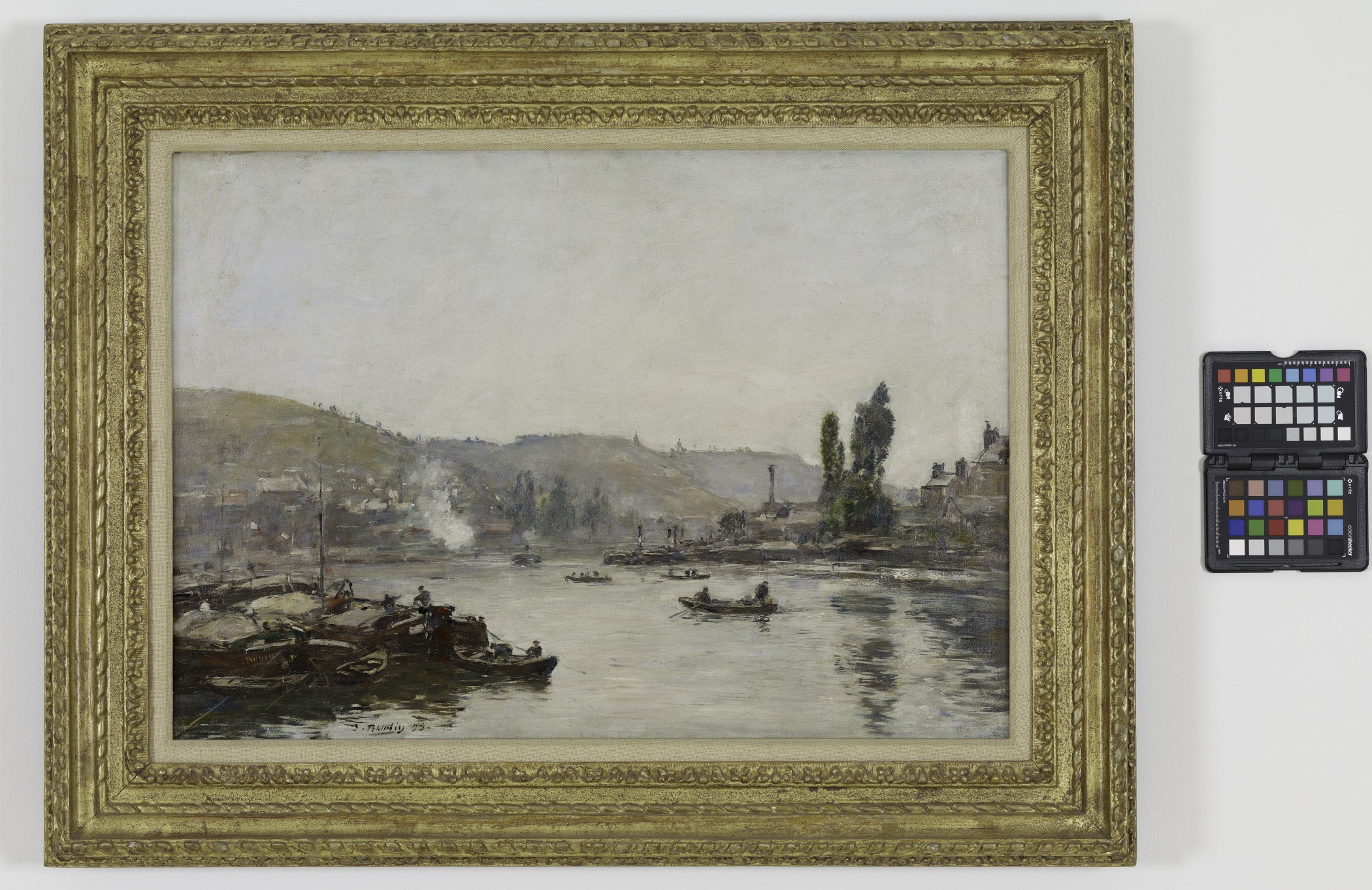 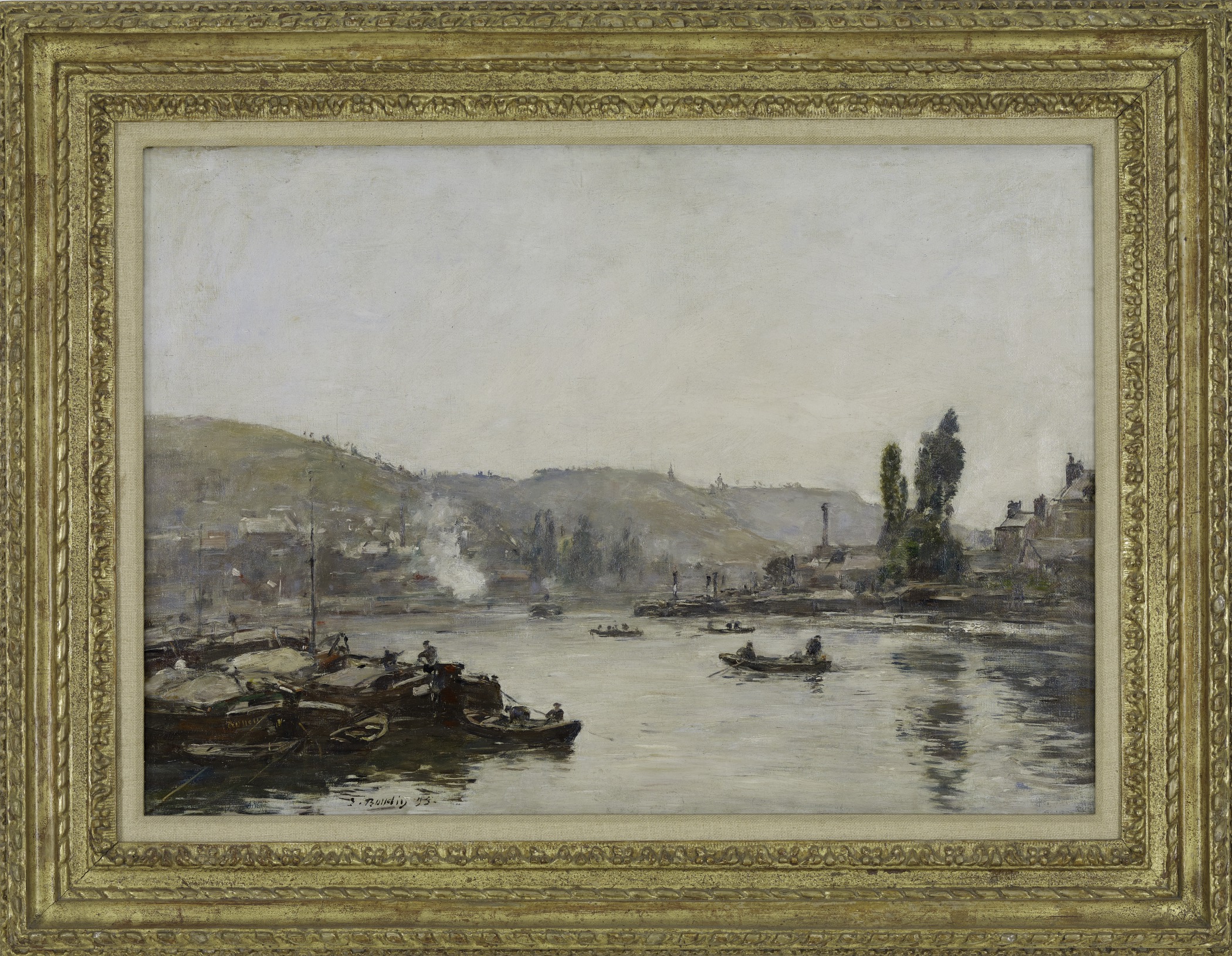 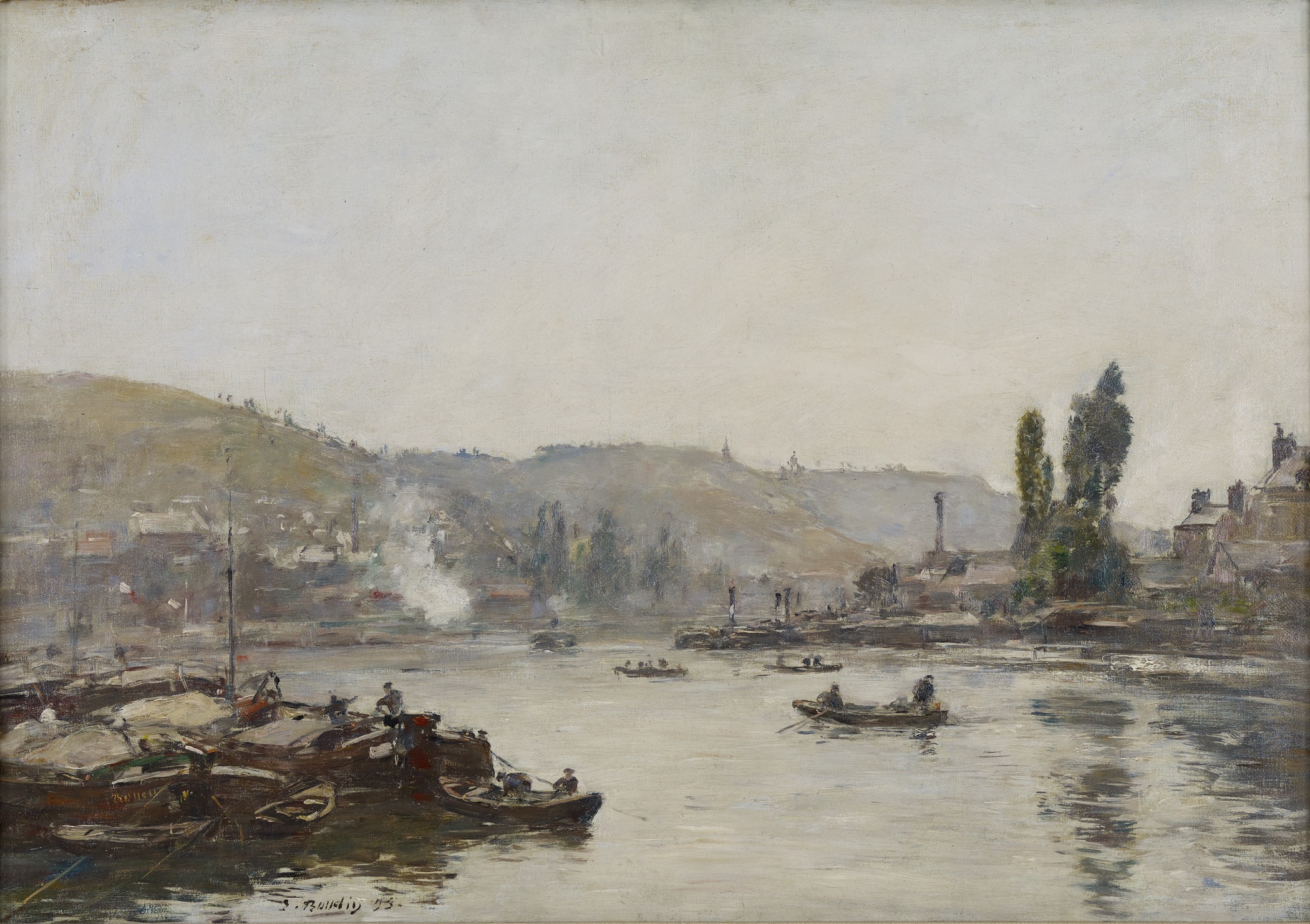 The bustling scene depicted in The Seine at Rouen is one that Eugène Boudin witnessed often as a child. He and his father made many trips up the Seine river between Honfleur and Le Havre transporting casks of cider. After one day falling overboard and requiring rescue by a seaman, Boudin was sent to school by his mother. There, a teacher encouraged his artistic talent. As an adult, Boudin was able to return to the waterways of his youth as a subject for his compositions.

Painted a few years before his death, The Seine at Rouen is exemplary of Boudin’s later style, in which sketchy and fluid brushwork combine in an overall muted palette. Artist Léon Leclerc (French, 1866–1930), who witnessed Boudin painting on the Quai d’Anjou (a landing overlooking the Seine in Paris) in 1897, described his process. “After the rough sketch came a second phase, quite distinct from the other. Boudin would take a medium-sized brush, make a point, and look about him, calm and self-possessed, seeming to meditate. Then, all of a sudden, his brush, charged with paint, would swoop down on the canvas. . . . Soon from all these spots of color, groups of people began to emerge, then boats, houses.”