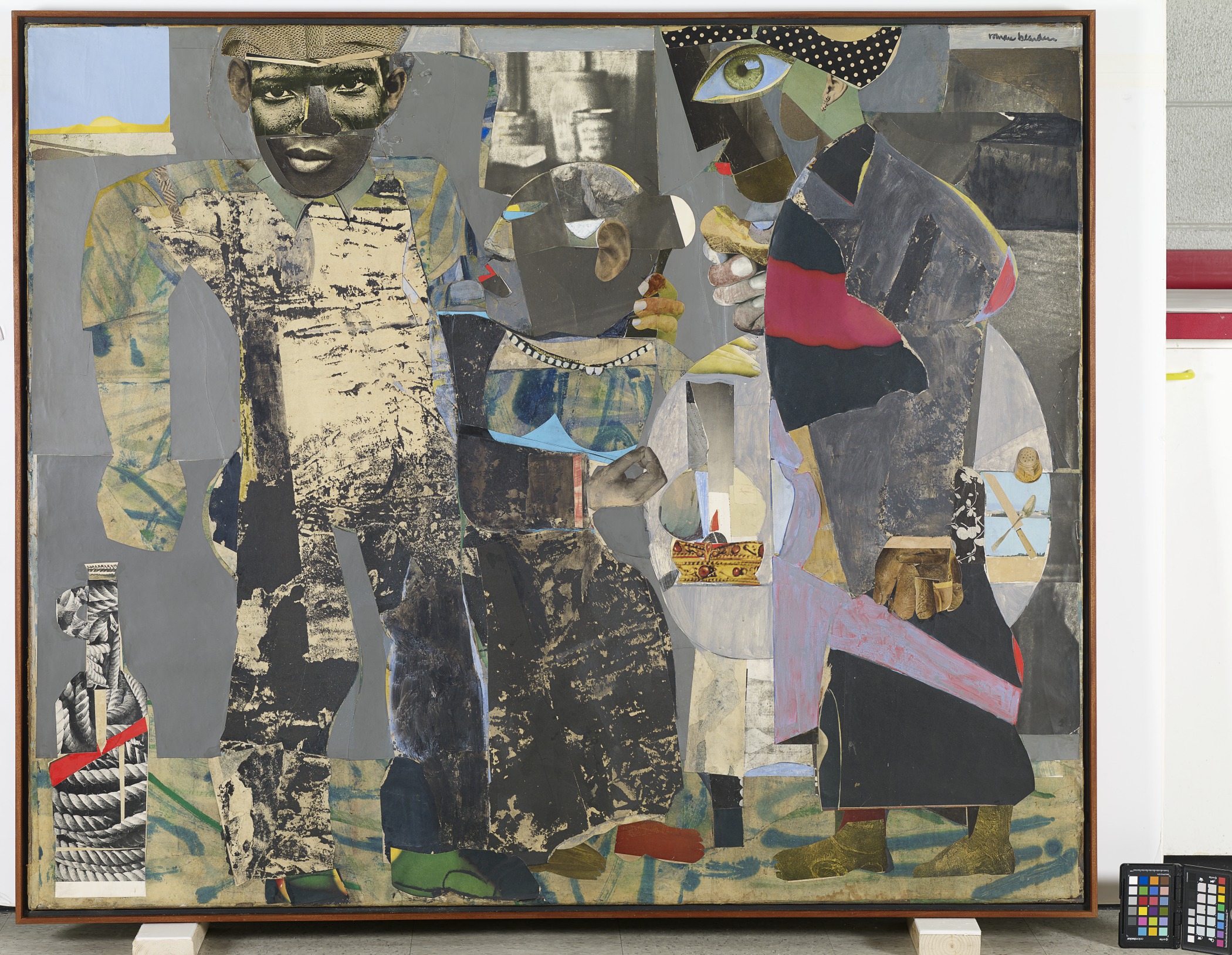 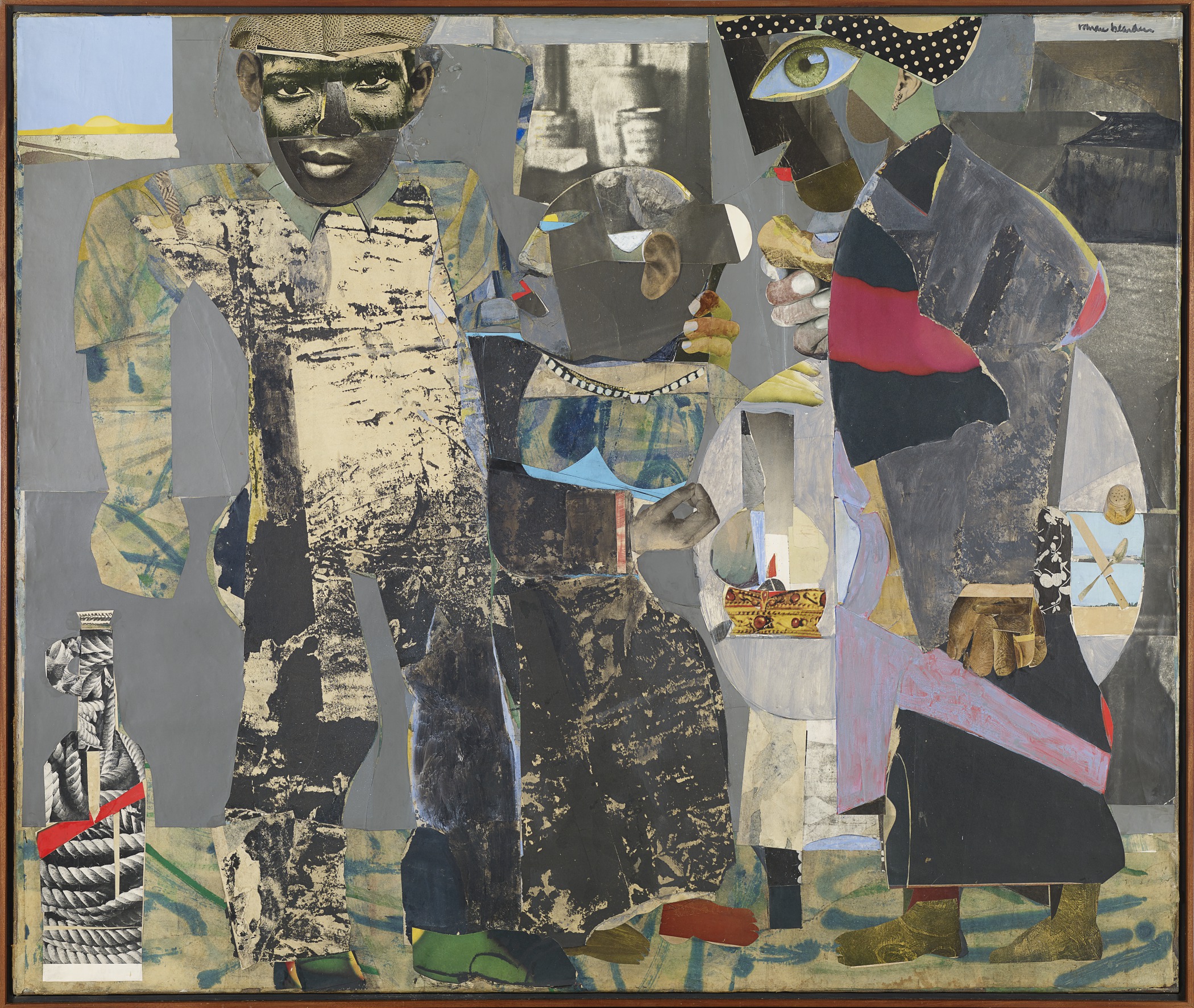 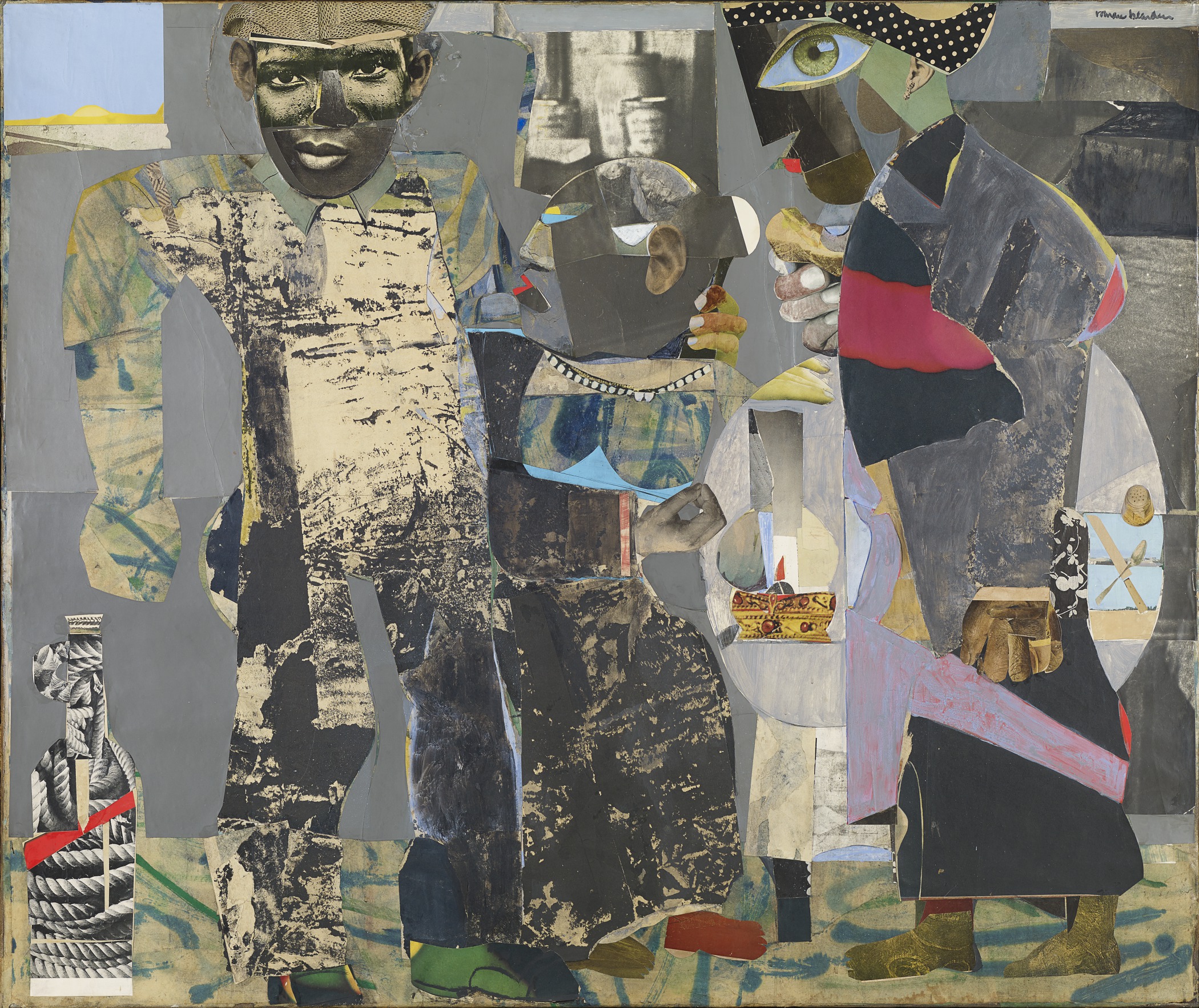 mixed media and collage on canvas

Amid the political turmoil of the 1960s and after working several decades as a painter, Romare Bearden began to cut, tear, and reassemble found images into visually powerful explorations of themes ranging from Harlem and jazz to the rural South and spirituality. This work is based on the biblical parable of the prodigal son. In the account, a father divides his estate between his two sons. While one stays and helps run the family farm, the other leaves, squanders his share, and is ultimately forced to return home penniless but repentant. Rather than turning him away, his father welcomes him with open arms. However, in Bearden’s version, he is greeted by two women amid a sea of layered patterns and forms. Bearden also added another element: a candle that seems to float between the two female figures. This detail possibly refers to the early American tradition of placing a candle in the window when a member of the family was away as a token of love, hope, and faith, but also as a beacon of light. About his interpretation of this story, the artist has said, “The Prodigal Son has left North Carolina, gotten into bad company and has come back to the ‘old folks,’ his home, where, as Robert Frost says, when no one else wants you, they got to take you in.”