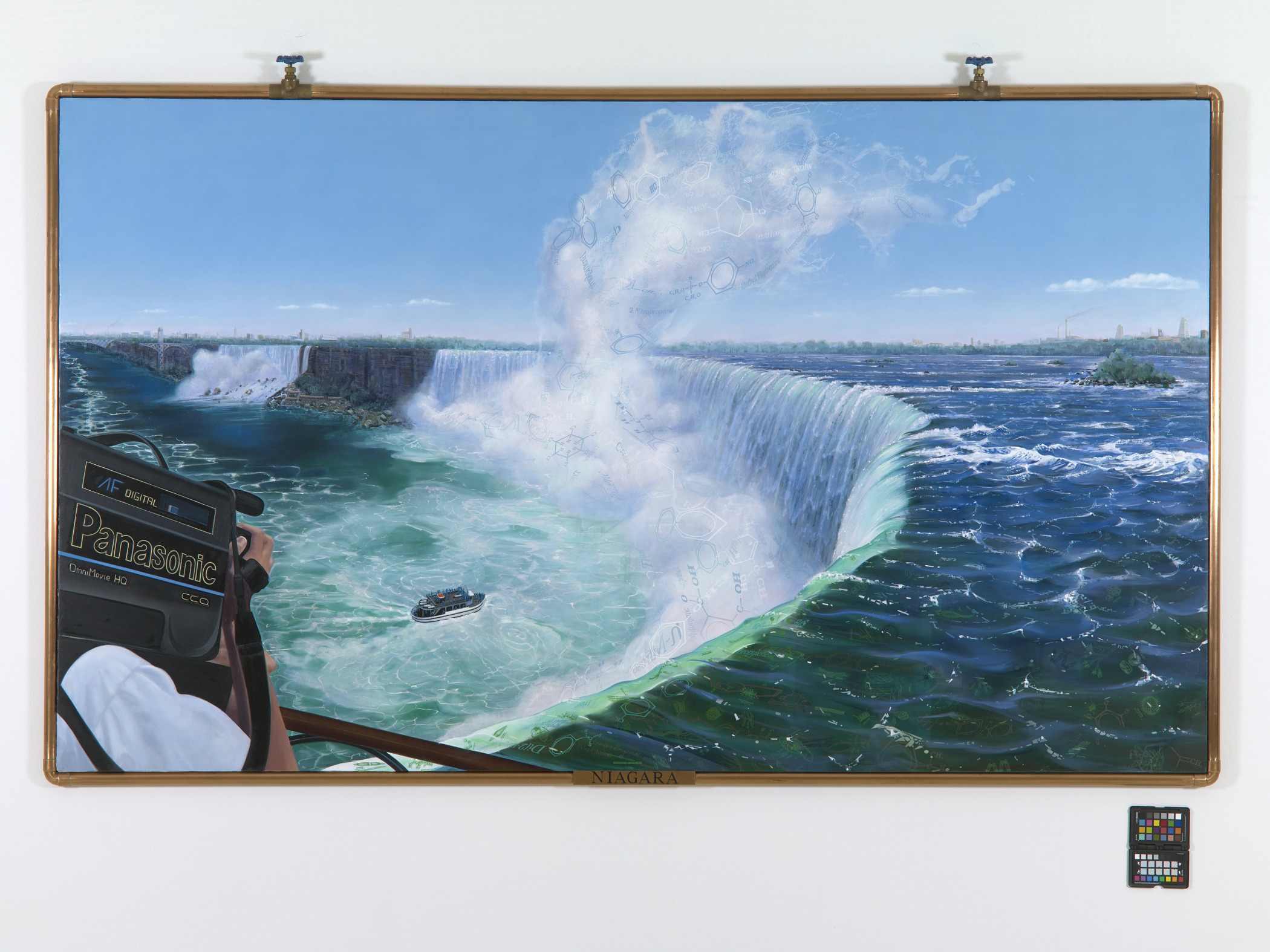 oil on canvas over wood panel with copper frame

For nearly two decades, Frank Moore dedicated his practice to exploring the connections between health and ecology. This led the artist to tackle issues surrounding race, gender, sexuality, the HIV/AIDS epidemic, genetic sciences, and the environmental impact of fossil fuels. Moore had a great affinity for the Buffalo Niagara region. He often visited family who lived in the area, and childhood memories informed his series of paintings that take Niagara Falls as their subject. It was the experience of seeing the foam created by the rush of the water at the base of the Falls while riding the Maid of the Mist during the early 1990s, however, that led him to question what chemicals it might contain. He has explained, “I tried hard in these works to preserve the sense of wonder and beauty I experienced in them. I came back to the Falls as an adult with very different eyes, sharpened by years of environmental and healthcare activism.”

While the compositional elements of Niagara may at first appear straightforward, closer inspection reveals the silkscreened icons of bacterial, fungal, and chemical molecules riding the mist. Less than a decade after the completion of this work, it was revealed that the water quality of the Niagara River had been severely compromised by the industries that surround it. The copper piping and faucet that frame the painting serve as a metaphor for humanity’s domination of natural resources, suggesting that the Falls can be shut on and off like a kitchen tap. This element cleverly alludes to a historical incident, when, during the summer of 1969, the flow of water to the American Falls was dammed so that repairs could take place.