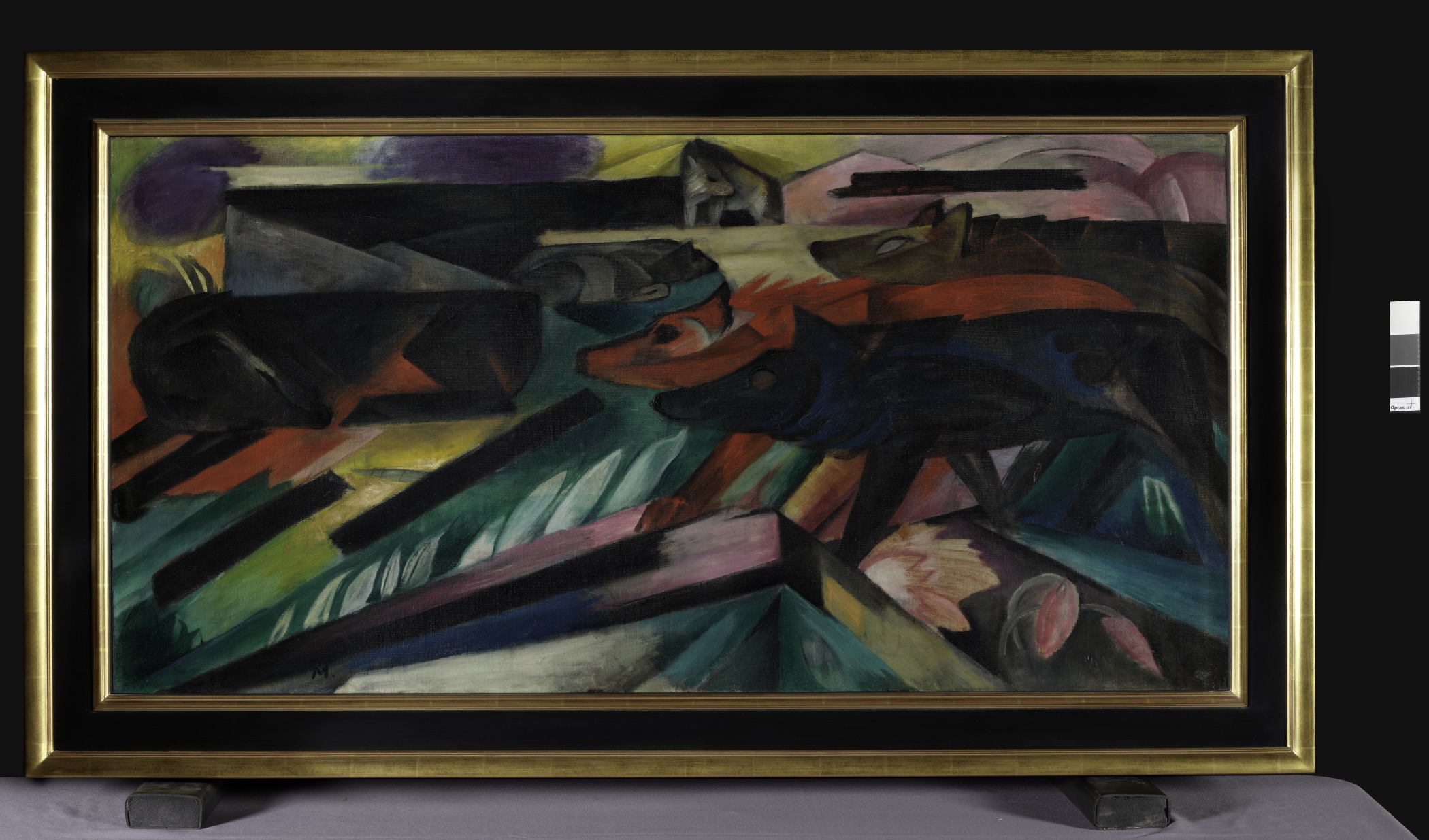 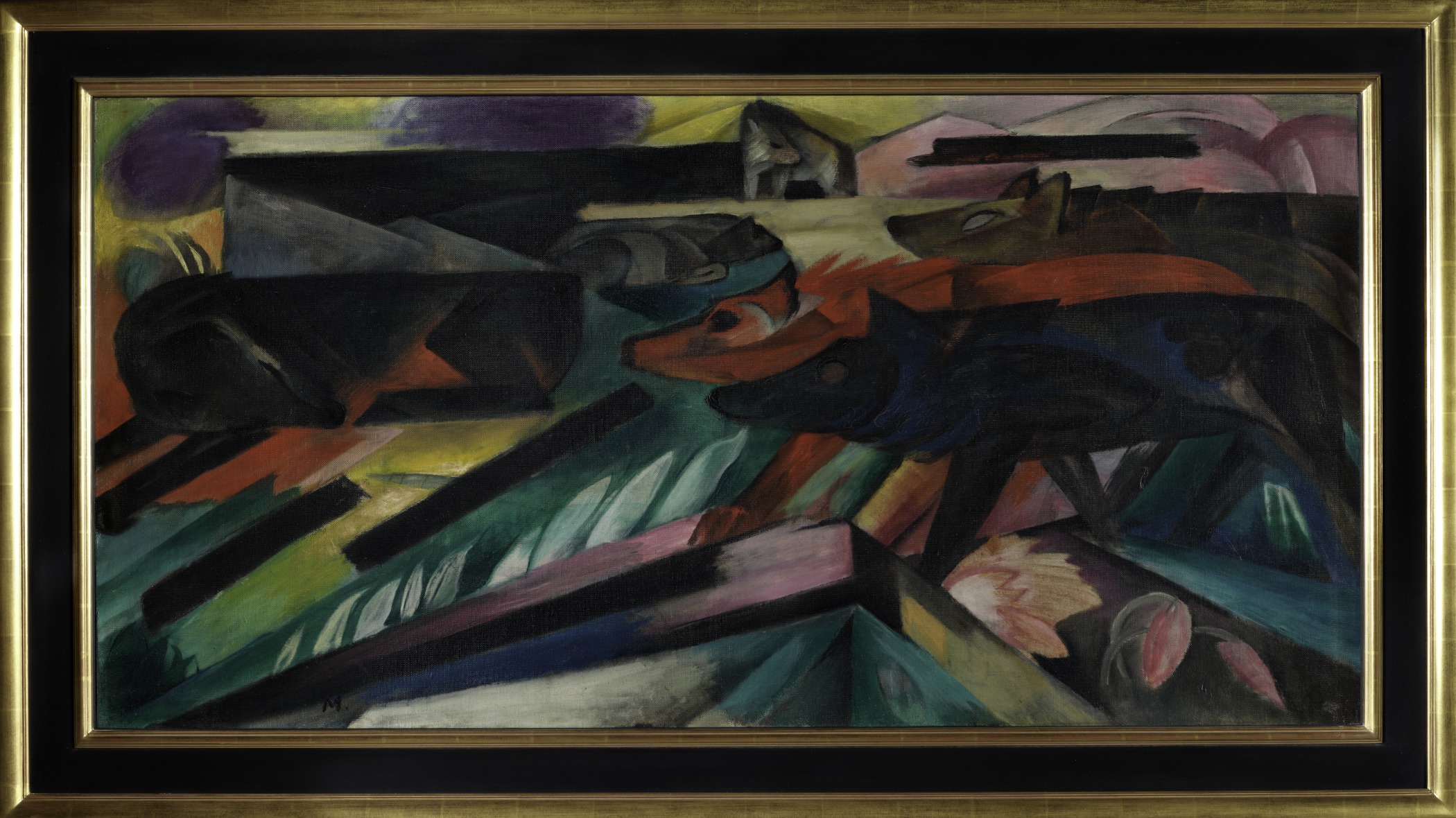 Early in his career, Franz Marc painted lyrical images of graceful horses, cows, and deer living in harmony amid beautiful landscapes. Marc wrote about such works, “I am trying to enhance my sensitiveness for the organic rhythm I feel is in all things . . . the rapture of the flow of Blood in Nature, in the trees, in the animals, in the air.” By 1913, however, Marc’s imagery changed dramatically in response to shifts in world events. The Wolves (Balkan War) is a visual allegory of the 1912 conflict between the Balkan League and Ottoman Empire, which greatly contributed to the start of World War I. Here, Marc depicts the animal kingdom in a moment of violent chaos. Three antagonistic wolves approach from the right, while a fourth, who appears to be lying down, turns to face them. Another in the middle ground appears lifeless, while one in the distance looks menacingly beyond the edge of the painting to something we cannot see. The mountain range, which is made up of diagonal lines and harsh angles in a dark, dramatic color scheme, is also in turmoil. Green flames burn in the foreground, and purple clouds of smoke can be seen in the distance. The only symbol of beauty and peace—the pink flowers in the lower right-hand corner—seem to be wilting and are on the brink of collapse.