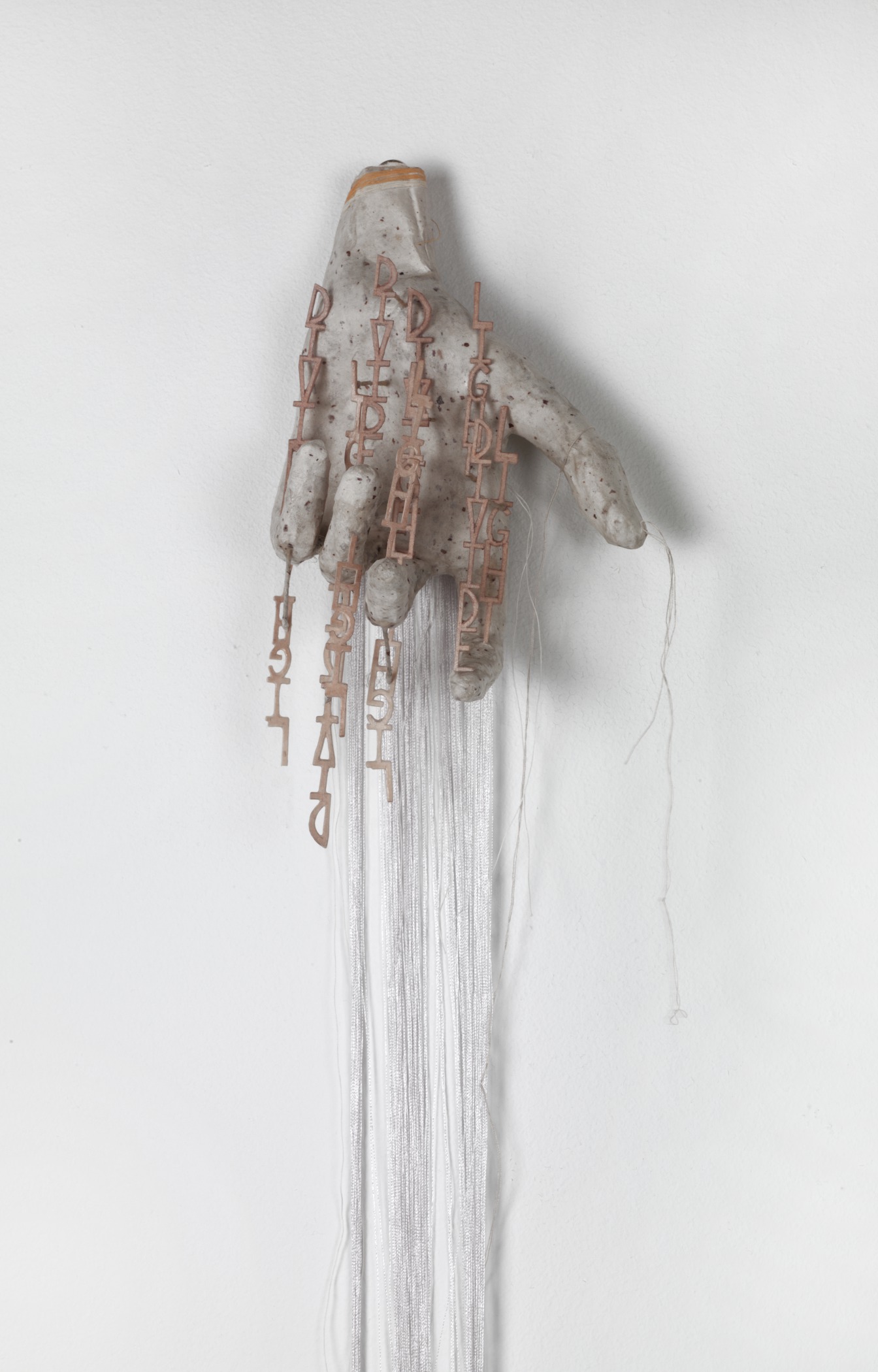 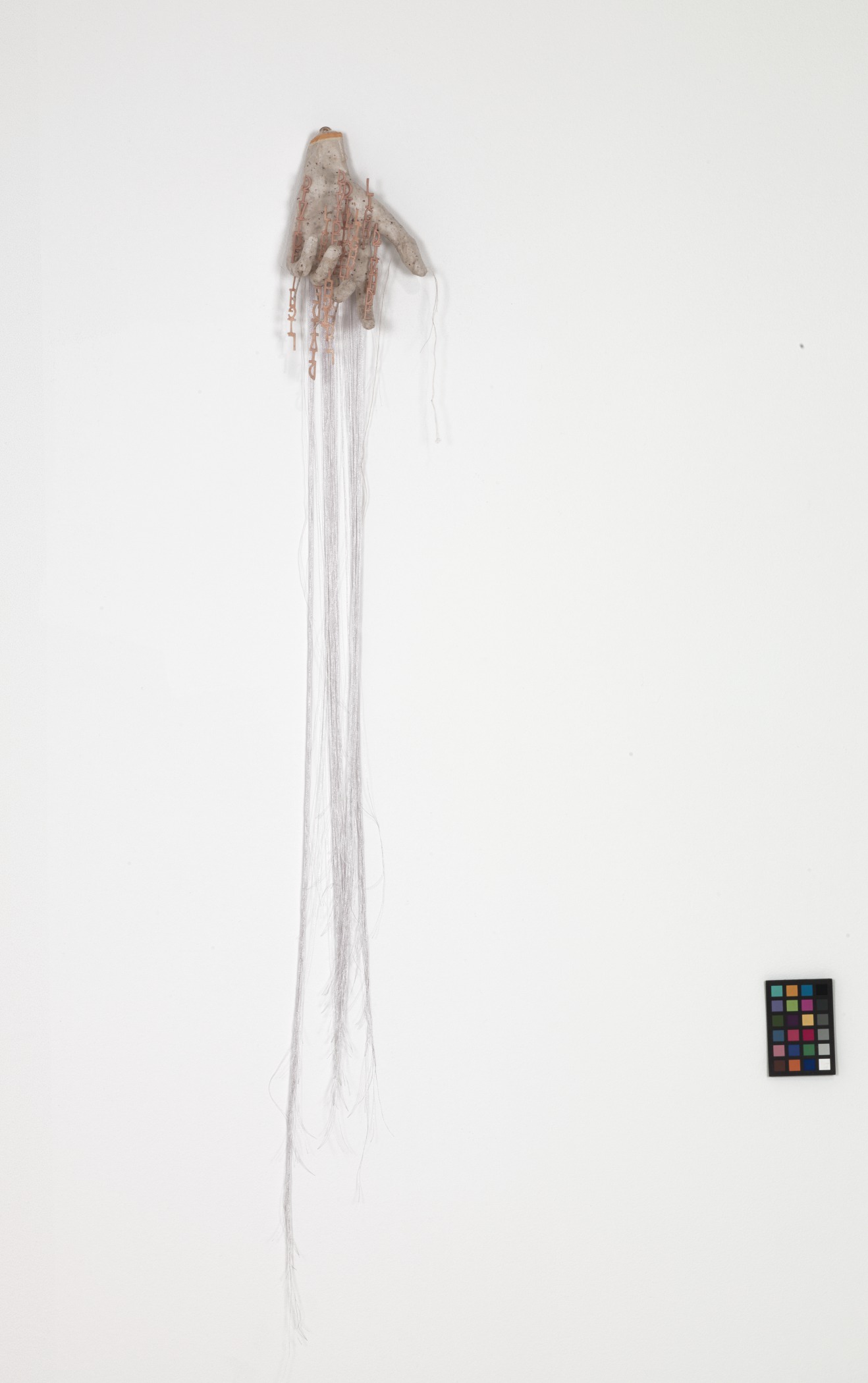 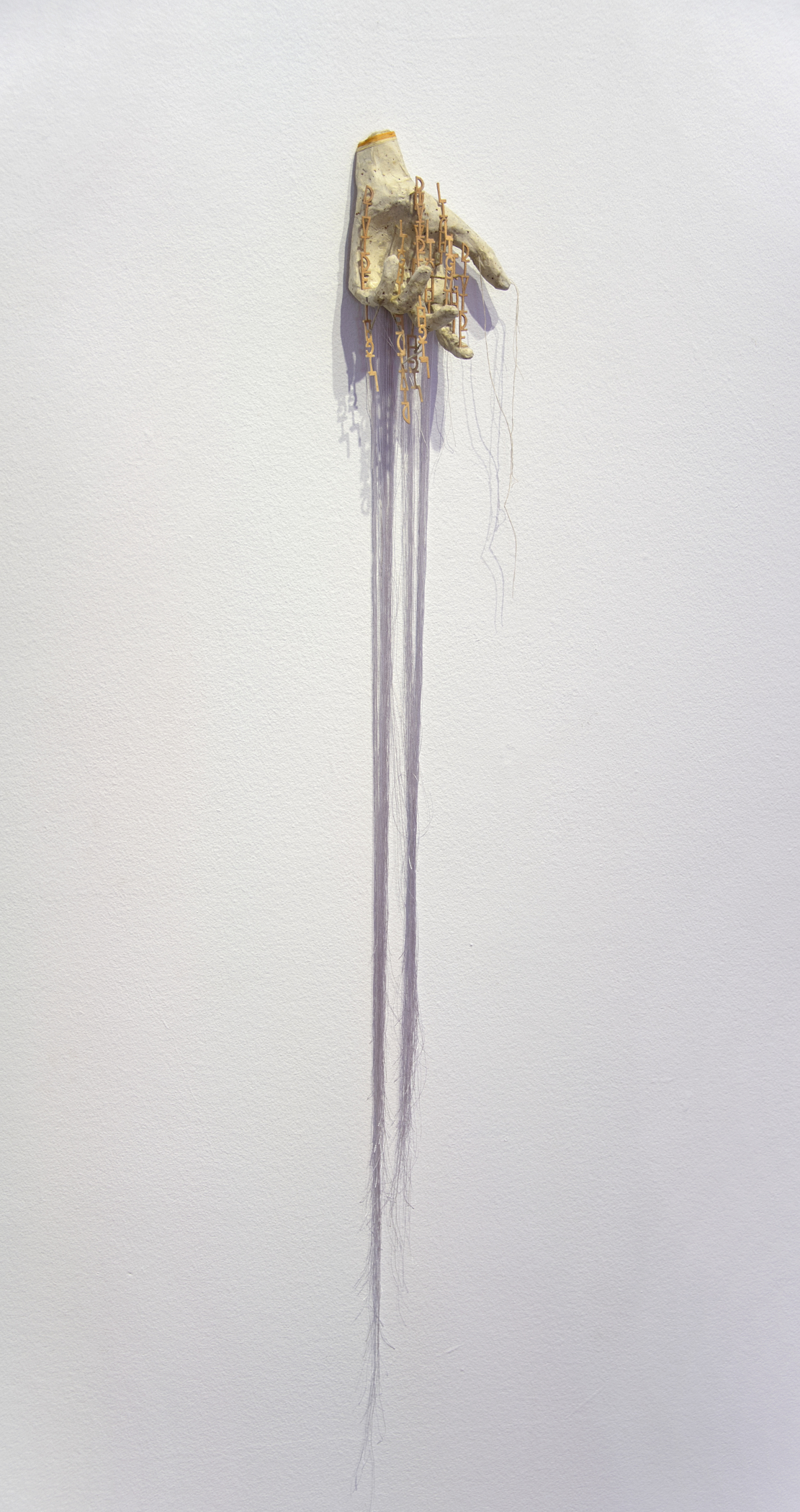 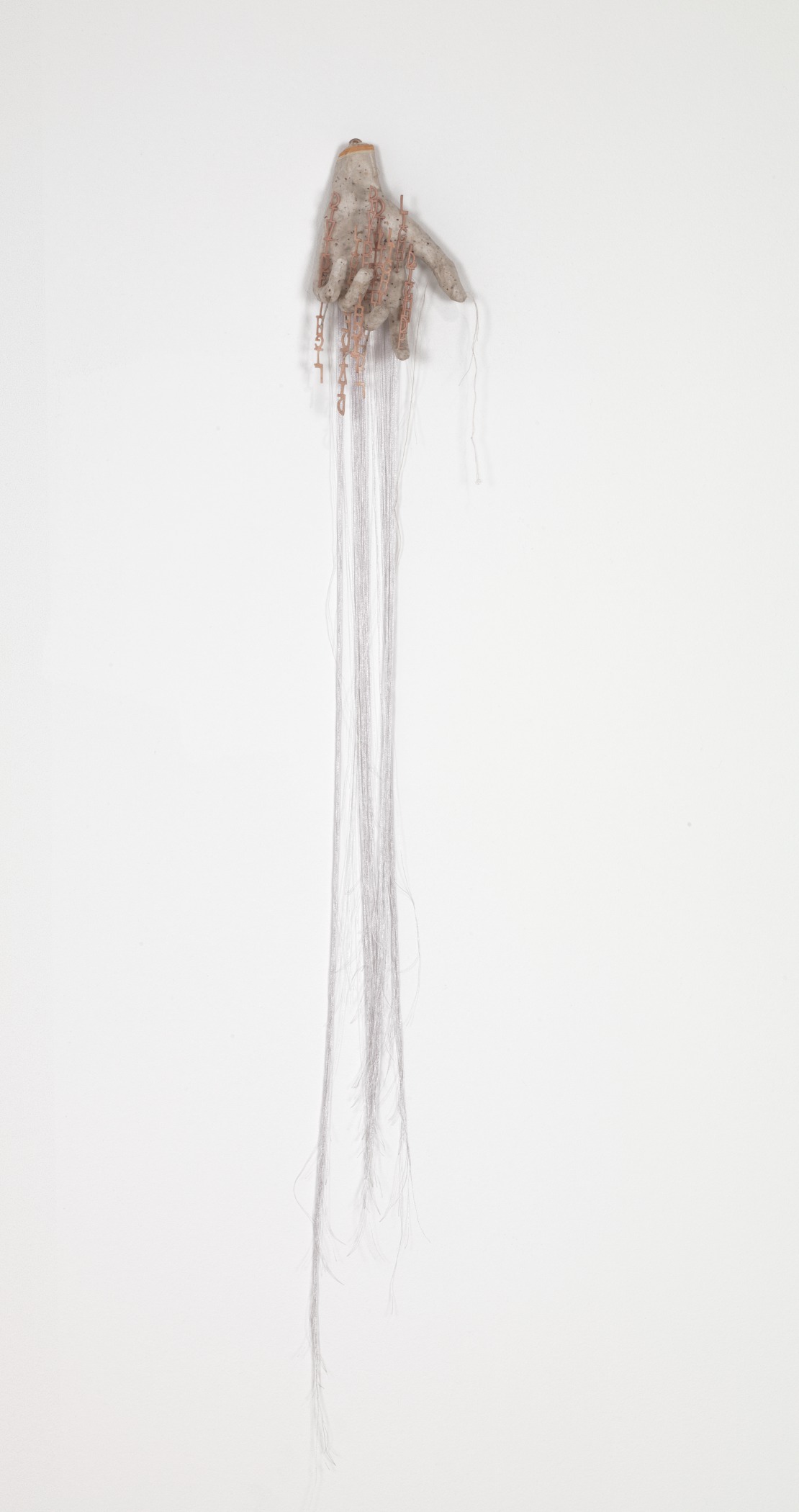 Lesley Dill once said, “Language is the touchstone, the pivot point of all my work.” She is interested not only in the meaning of words, but also in their aesthetic nature—the way they look and the patterns they form. Dill has cited the nineteenth-century American poet Emily Dickinson as one of her major inspirations, and she often incorporates Dickinson’s words into her work. The title Divide Light #2 comes from a poem by Dickinson that begins, “Banish Air from Air—Divide Light if you dare.” The small hand that holds the tea-stained letters and from which threads gracefully descend is a cast of Dill’s own hand. Of works like this, the artist has said, “I wanted to make hands that were naked hands . . . that were . . . raw, that were vulnerable, that were inside of the protection of our normal skin. . . . And the hands—and the work about threads—are very much about fingertip energy. I especially love and use the tips of my fingers.”

Words are a force field of connection between social space and personal interiority. Words attach themselves to us in different places: they land on different parts of the body if we are listening, and they emit from different parts as well. Some words don’t fully absorb, some words we take in deep, and some words we lose. We grow fat with language, and we also grow thin as language flows out of us. I see words as revelatory through visual depictions of incantation, prayer, song.