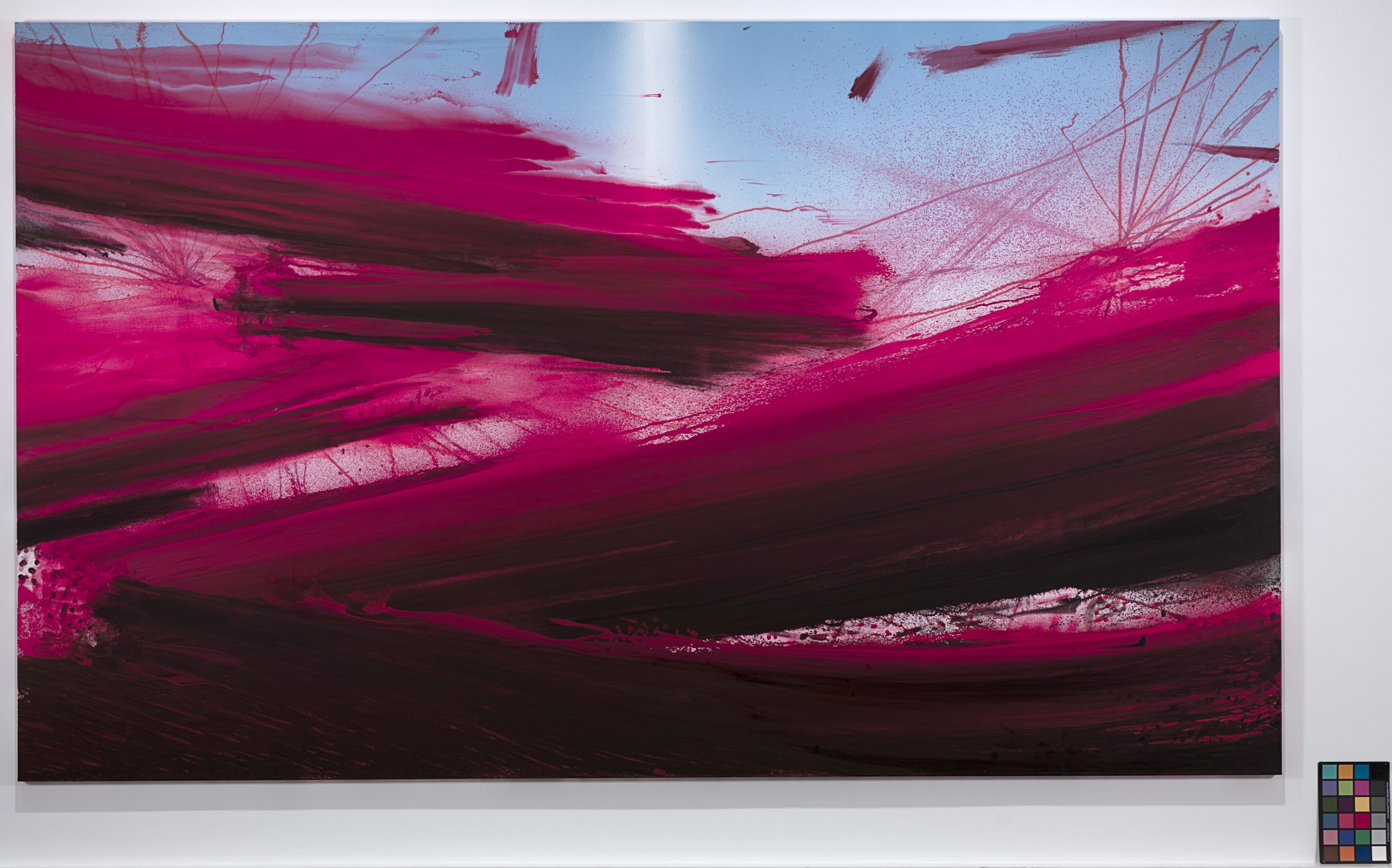 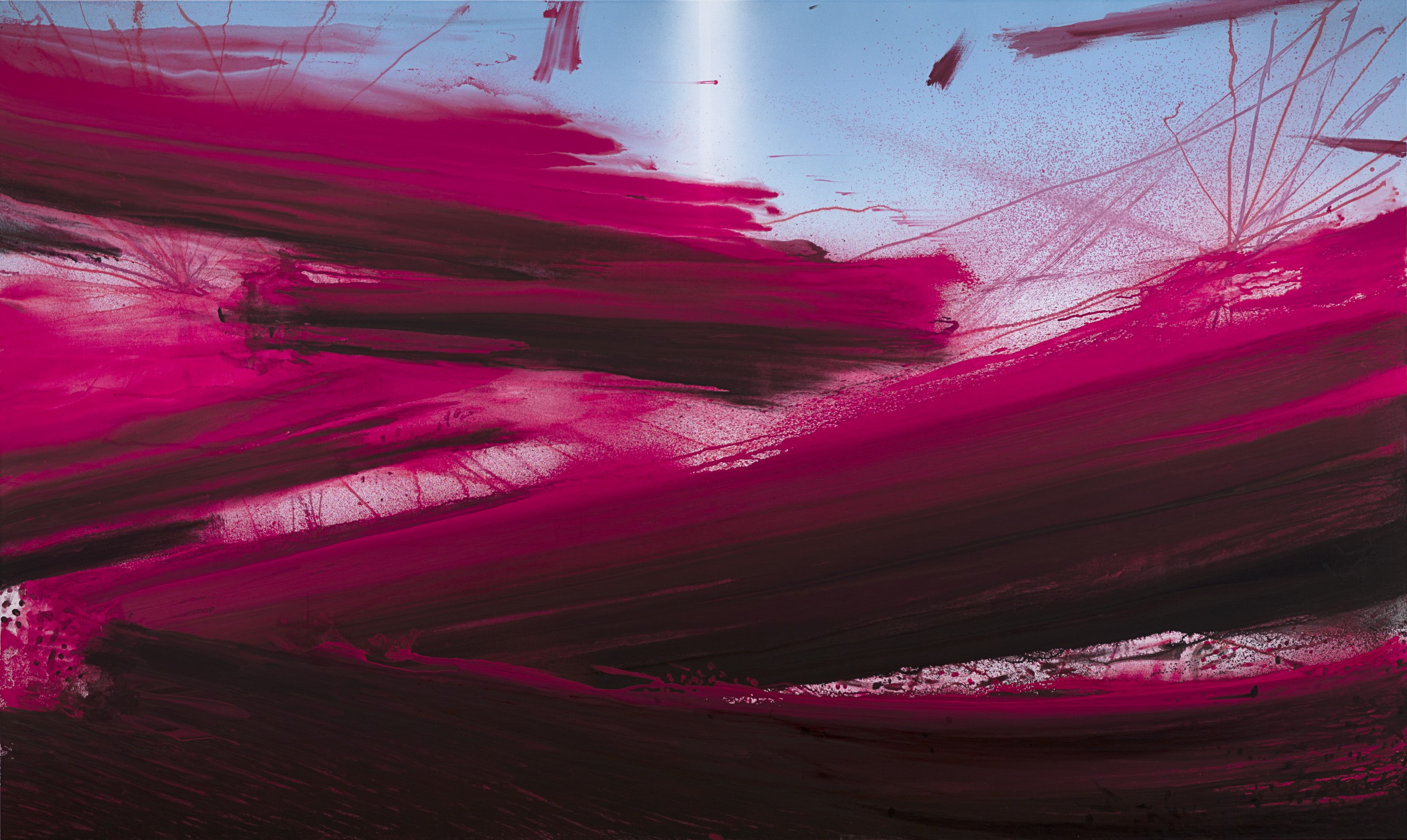 Drawing from myriad art historical, religious, and pop cultural references, Barnaby Furnas’s explosive paintings harness color as spectacle and convey concepts such as fear, war, love, and death. Flood is a monumental tableau from a series of works in which Furnas sought to evoke Biblical prophecies through tsunami-like swaths of crimson paint. The color red, which can suggest fear, passion, and violence, almost always appears in the artist’s work, but here it takes center stage, overtaking a bright blue sky. The vigor with which Furnas applies his medium evokes 1950s Action Painting, specifically the radical energy of Japan’s Gutai group. The artist created works such as this by spritzing, flinging, splattering, dripping, and pouring a mixture of pure pigment and urethane alongside sweeping brushstrokes. Many of the artist’s Flood paintings, including this work, also have a faint line at the top of the canvas, functioning not unlike a flash of sun. This motif is a deliberate reference to the “zips” of the Abstract Expressionist painter Barnett Newman (American, 1905–1970), who was a significance influence on Furnas’s desire to encapsulate sublime emotion in primal forms, urgent color, and simple gestures. Exuberant and expressive, Furnas’s apocalyptic beauty suggests that with destruction can also come regeneration—a redemptive vision of human society.