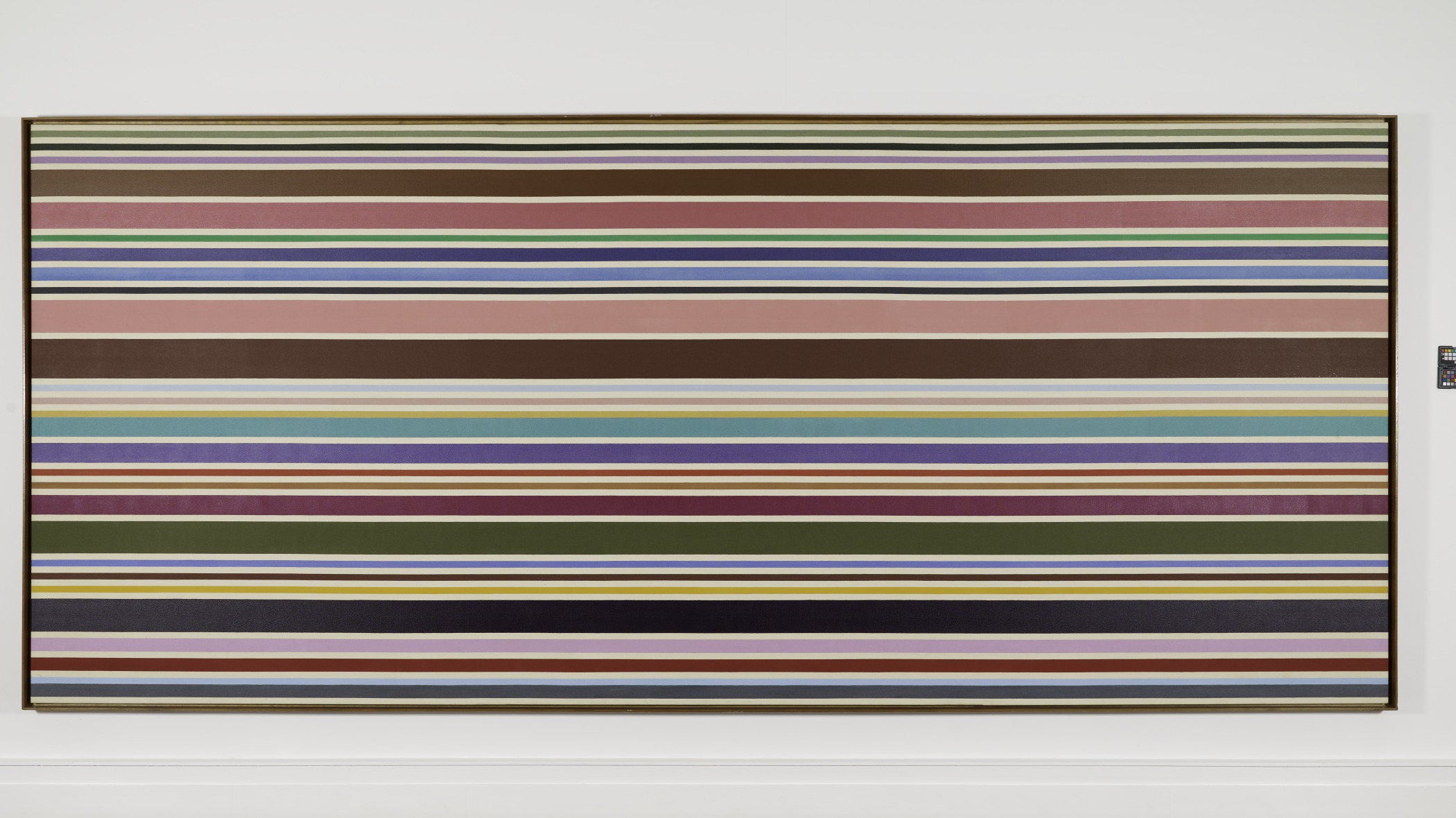 from the artist to David Mirvish Gallery, New York, by 1968;
sold to the Albright-Knox Art Gallery, Buffalo, May 1, 1972

Kenneth Noland is best known for his strikingly minimal, yet vibrant, compositions. As a member of the Washington Color School—a group of abstract painters, including Morris Louis, Gene Davis, and others who explored the optical and transcendent qualities of color during the mid-20th century—Noland decidedly rejected the gestural and expressive imaginings of the Abstract Expressionists. Instead, he preferred simple, nonrepresentational motifs, such as targets, chevron patterns, and horizontal stripes because of their limited external associations. According to Noland, a painting should be nothing more than the marrying of surface and pigment.

Practitioners of the Washington Color School are credited with being among the earliest adopters of acrylic paint, which they often applied directly to unprimed canvas. As compared to oil paint, it is easier to thin and simply let soak into and “stain” the weave of the material. About this process, Noland remarked, “the thing is to get that color down on the thinnest conceivable surface, a surface sidled into the air as if by a razor.”

Characterized by 28 variegated bands of carefully applied hues separated by breathing spaces of raw, white canvas, Wild Indigo is one of Noland’s earliest paintings employing horizontal stripes on a monumental scale. With extended viewing, this rhythmic field of colors seemingly undulates. In works such as this, Noland has described striving “to neutralize the layout, the shape, the composition. I wanted to make color the generating force.”