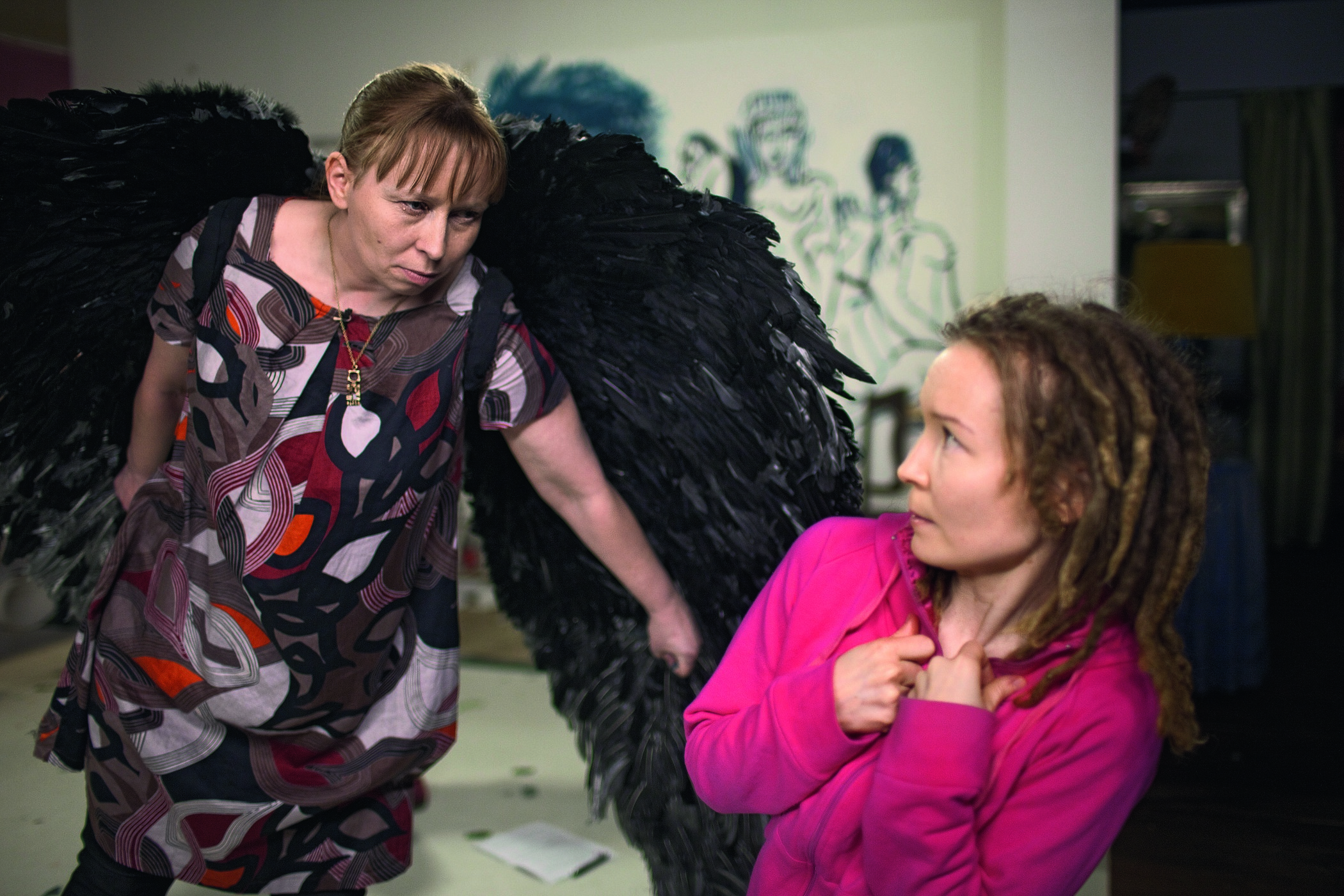 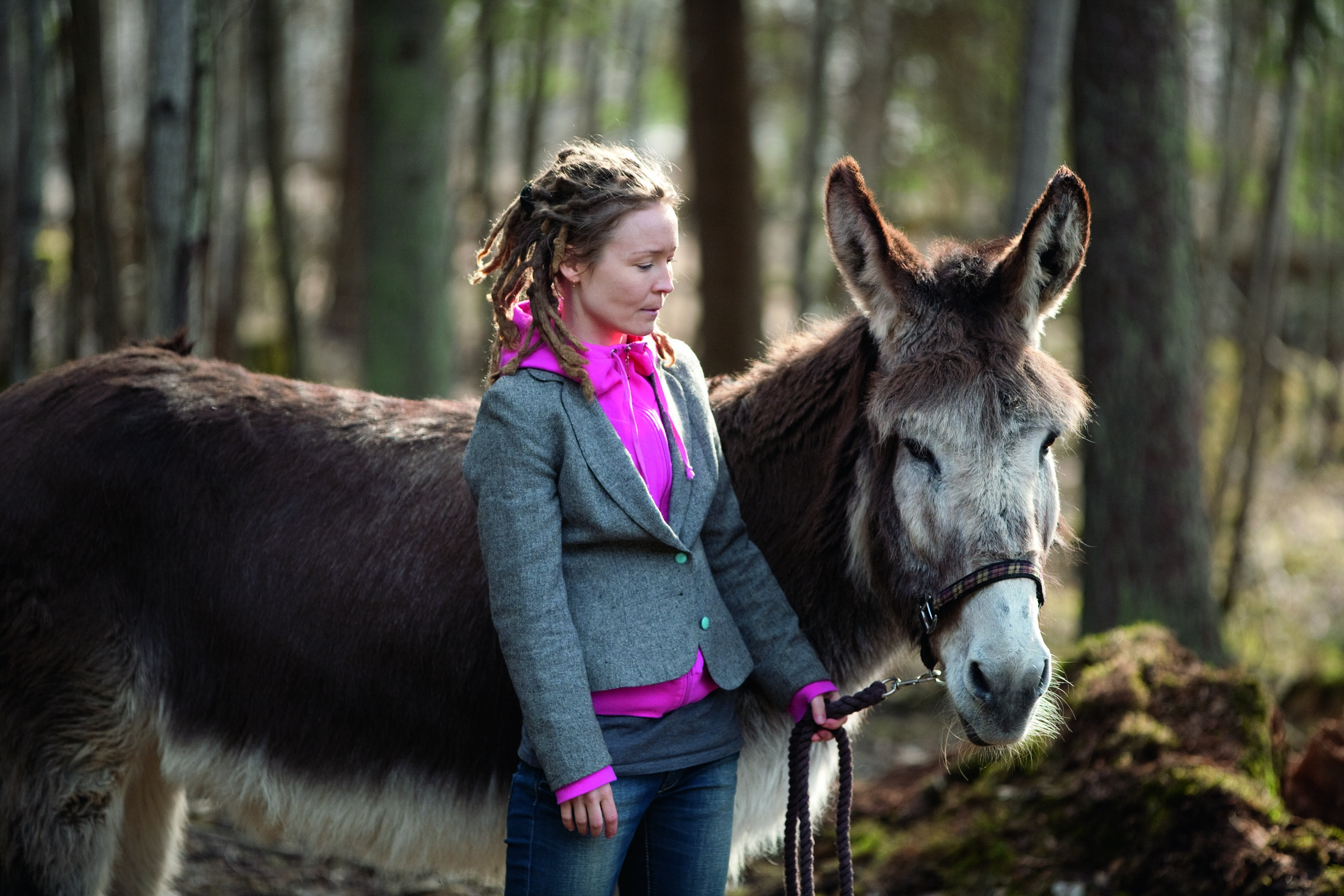 In The Annunciation one of the central motifs of Christian iconography is constructed and reenacted through the moving image. The events and some of the dialogue are based on a pivotal biblical narrative as described in the Gospel of Luke (1:26–38). In this passage, represented by countless artists over the course of centuries, Mary is visited by the angel Gabriel, who announces that she will give birth to the Son of God.

In Ahtila’s Annunciation the events are set in the present. The film follows rehearsals for a theatrical reenactment of the Annunciation and ends with the final performance. The footage was shot mainly during the winter of 2010 in the snowy Aulanko Nature Reserve in southern Finland and on a set depicting an artist’s studio. All human actors except for two are nonprofessionals, and most of them were clients of the Helsinki Deaconess Institute’s women’s support services. The animal actors include a trained raven, two donkeys, and a group of carrier pigeons from a bird farm.

The Annunciation takes as its starting point biologist Jakob von Uexküll’s (German, 1864–1944) idea that the different worlds of living beings all exist simultaneously. Ahtila’s installation expands on this concept to explore the nature of miracles and the possibilities of perception and knowledge. As they reconstruct a sacred narrative, the characters in The Annunciation consider the nature of human and nonhuman experience.