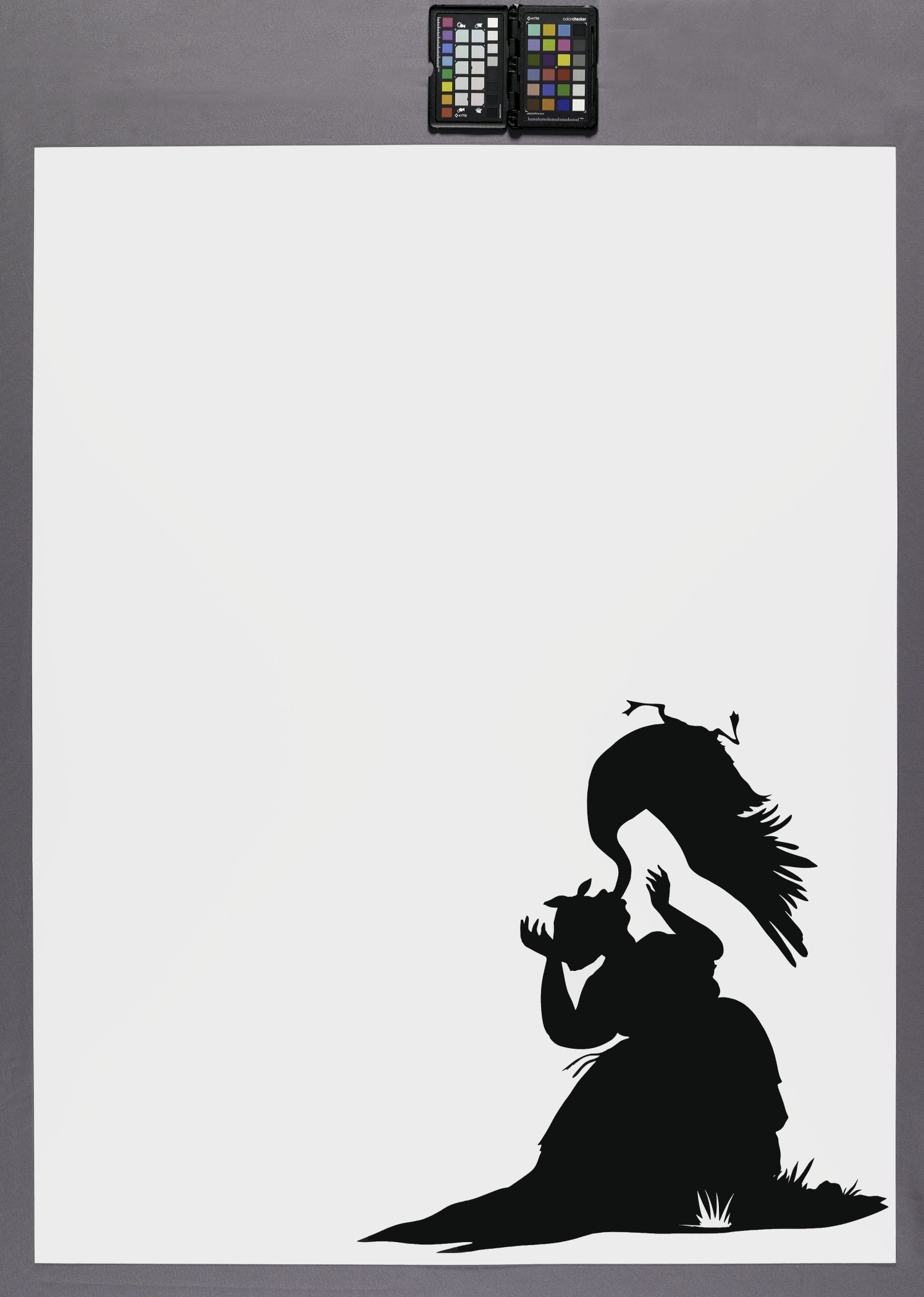 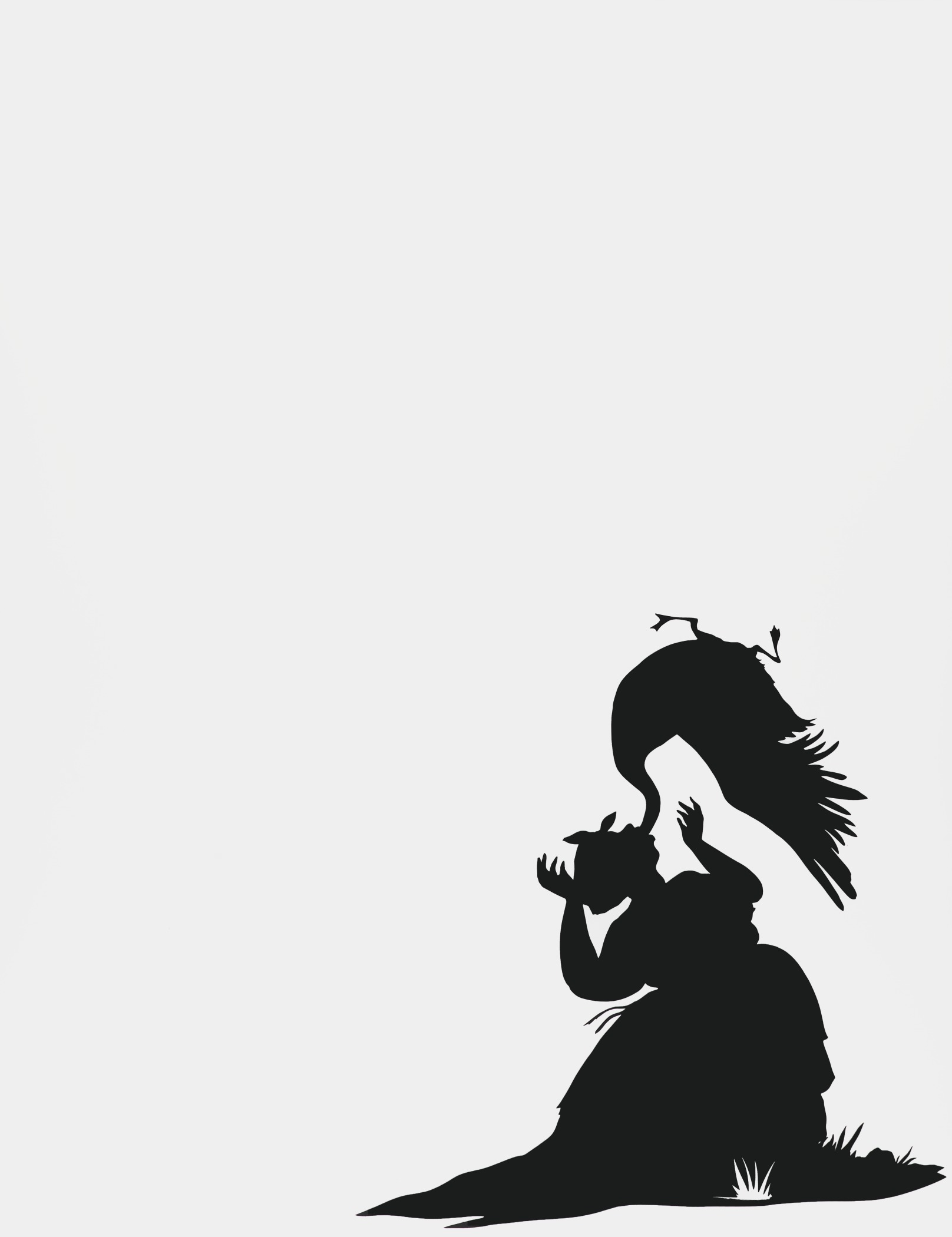 Detail from the portfolio Emancipation Approximation, 2000

Kara Walker creates mural-sized, black-and-white silhouette cutouts set in the antebellum American South—a format that cleverly allows the artist to force viewers to engage with historical and contemporary racist portrayals of African Americans. She chooses to appropriate this popular eighteenth– and nineteenth-century art form, traditionally practiced by women, in part because she is drawn to its simplistic and contrasting elements. However, once viewers connect with Walker's imagery, they find themselves immersed in the chaos of a symbolic narrative that exploits vulgar, brutal, and sometimes uncomfortably humorous behavior throughout the composition.

Emancipation Approximation is a series of silkscreen prints based on her mural-sized installation of the same title, a play on words referencing President Abraham Lincoln's Emancipation Proclamation of 1863. Here, she combined imagery that, while alluding to the atrocities of slavery, also pulls from Greek mythology. For example, Uncle Remus, a fictional character from southern African American folktales, is visualized cavorting with Leda and the Swan. The world Walker creates is that of complexity and history, packaged into a panoramic, gruesome fairy tale that, according to the artist, "lurks in the subconscious."