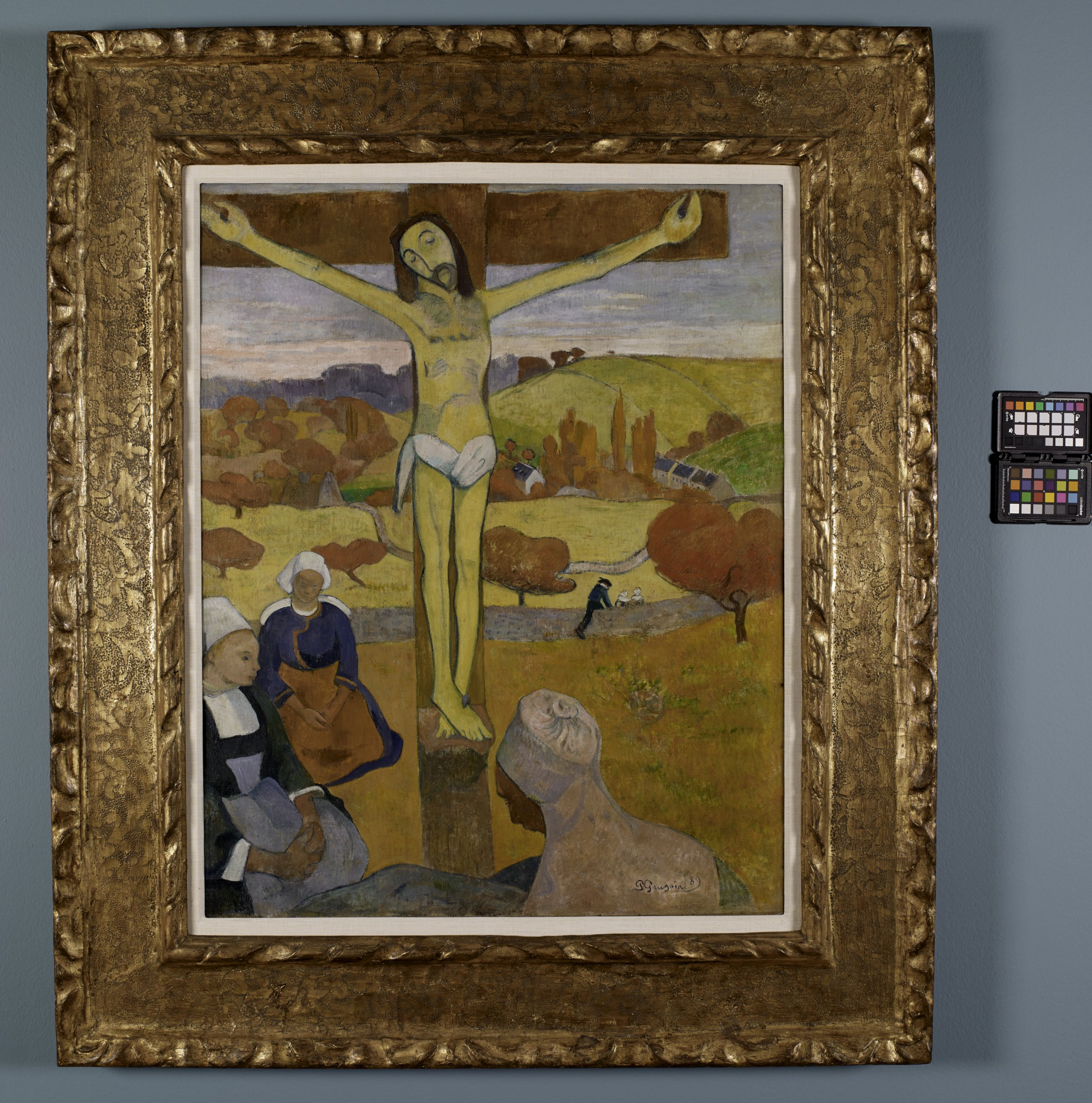 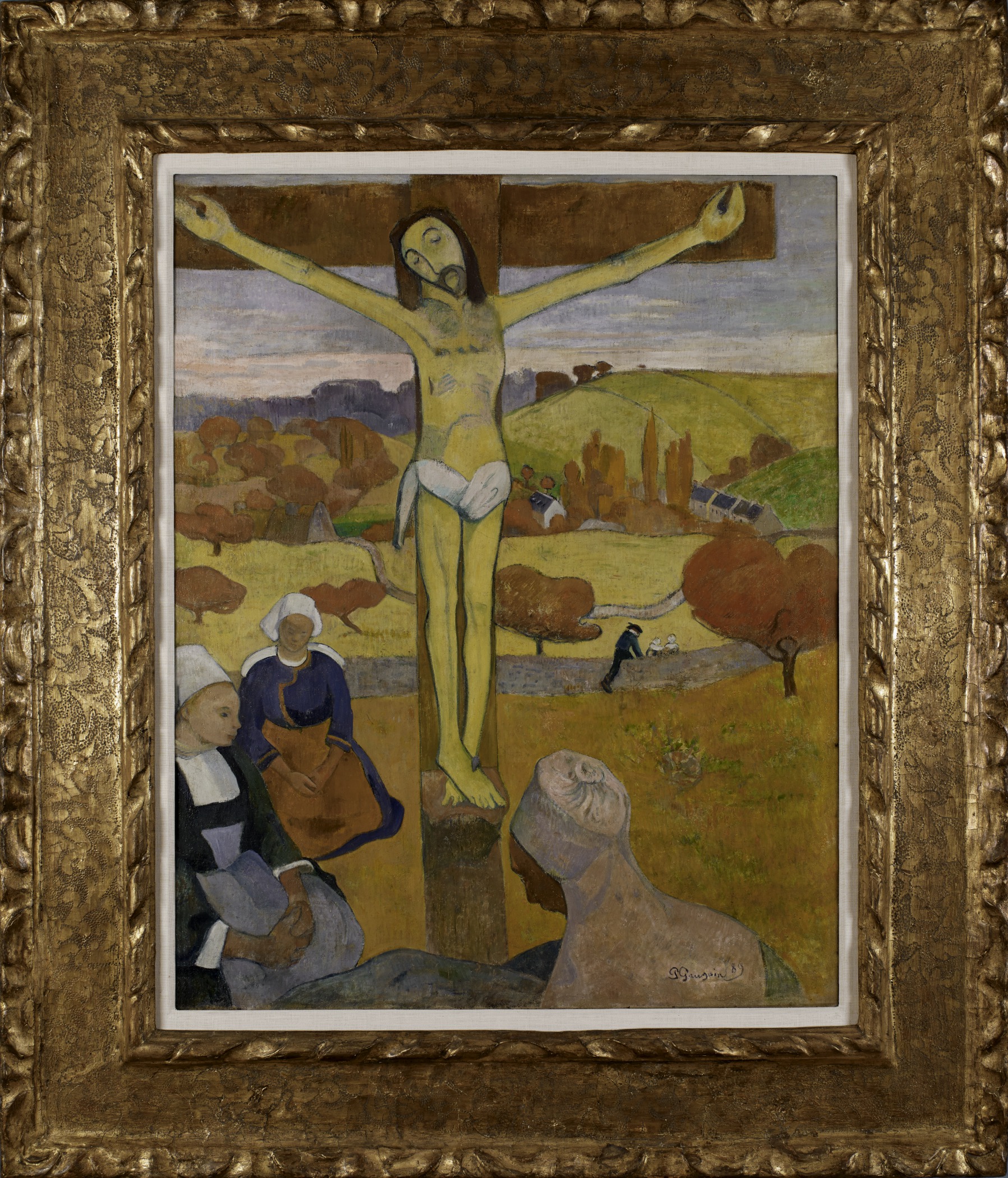 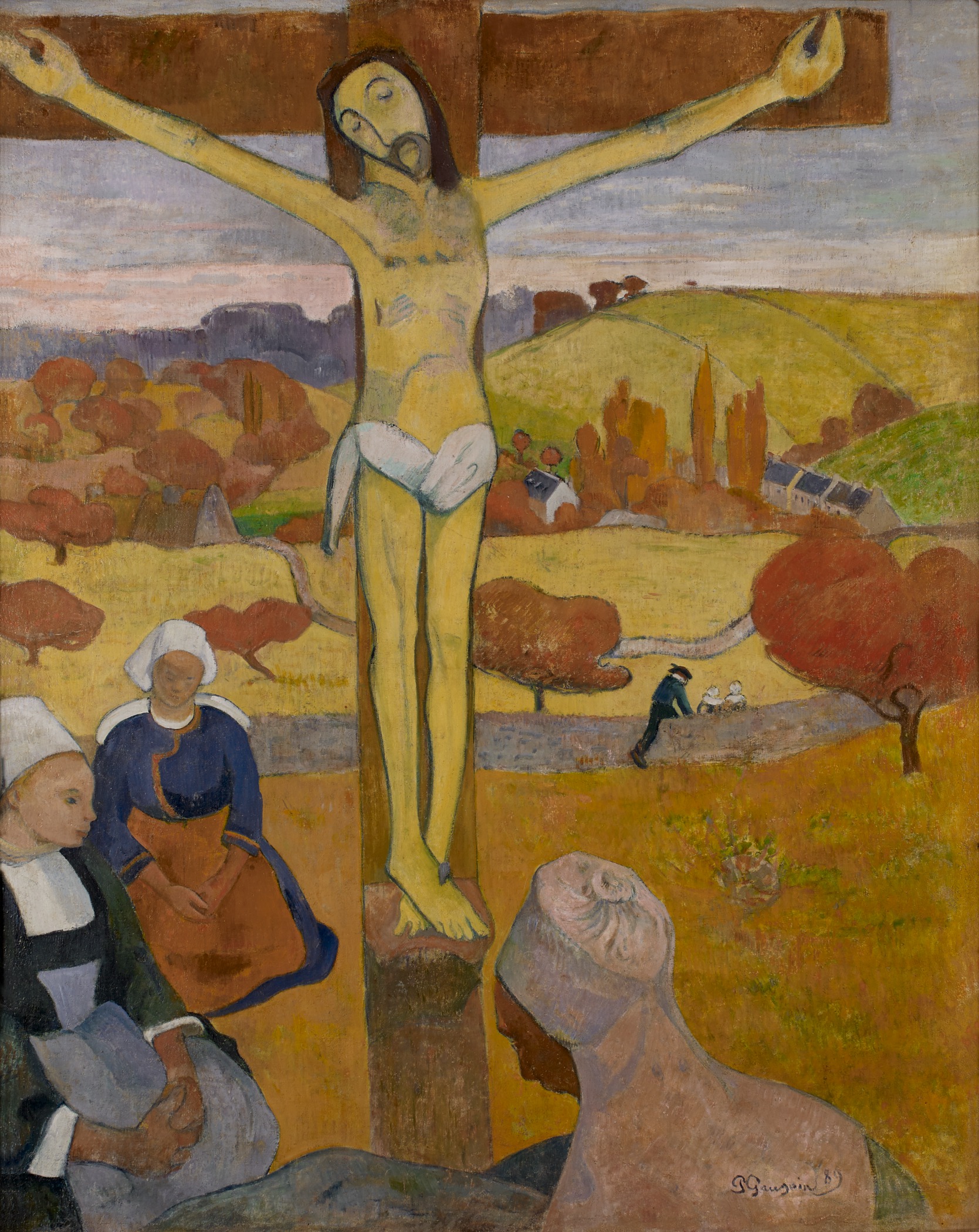 The Symbolists, who emerged during the 1880s, were weary of modern society and sought escape from reality. They began to express their dreams and visions through vivid colors, forms, and compositions. As part of this pursuit, Paul Gauguin left Paris altogether in the late 1880s. During the summer of 1886, he visited the small village of Pont-Aven in Brittany, France, and became fascinated with its history, folklore, and rituals. It was there that Gauguin painted numerous scenes, including The Yellow Christ.  The central figure of this painting is based on a seventeenth-century painted wooden crucifix that hangs in the nearby Trémalo Chapel. Gauguin painted Christ in a cloying yellow against a dark brown cross in a vibrant fall landscape. Gauguin said he chose the color yellow to convey how he felt about the isolated life and piety of the peasants, several of whom are pictured here dressed in their distinctive regional costume and kneeling at the foot of the cross during the evening hour of Angelus—a Catholic prayer recited daily at 6 am, noon, and 6 pm. In Brittany, the autumn harvest possessed deep spiritual significance, as grain was believed to undergo a process parallel to the religious cycle of Christian life—birth, life, death, and rebirth. The simplicity and primitive directness of the region’s peasants greatly appealed to Gauguin, who made his famous protest against Western sophistication by exiling himself to the South Seas not long after completing this painting. Brittany was Gauguin’s first step away from Paris, and his works completed during this time mark a major stylistic departure from Impressionism.