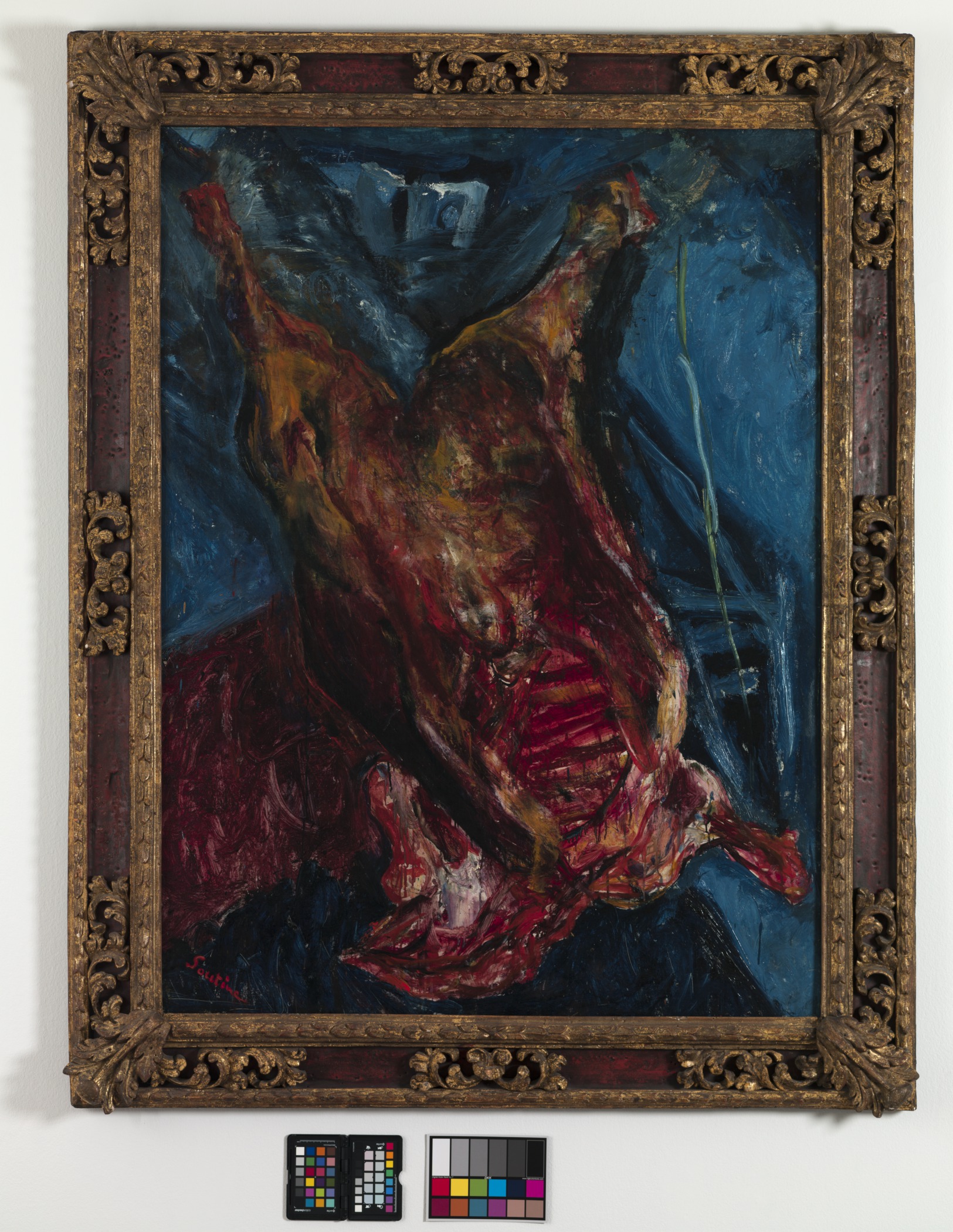 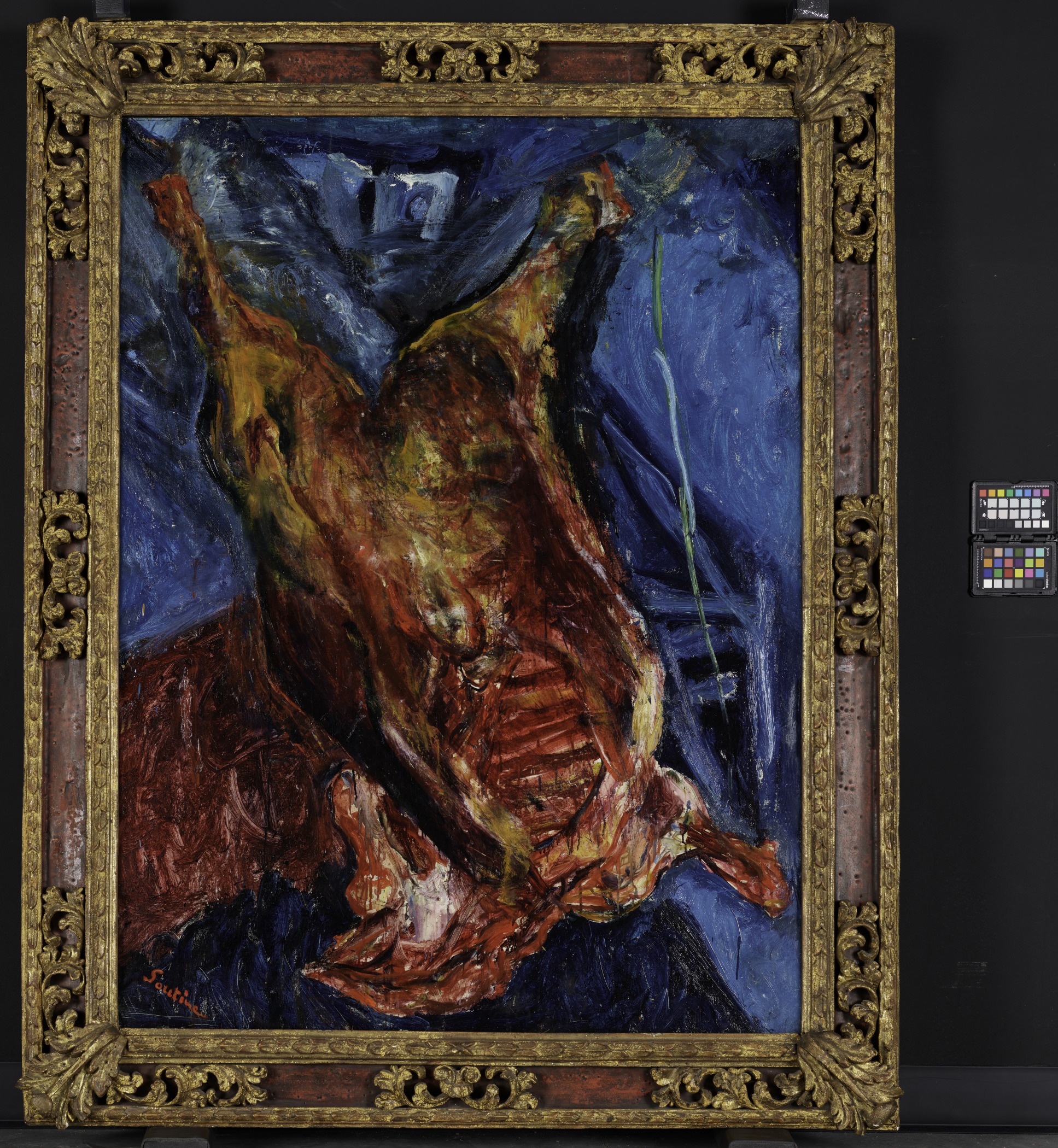 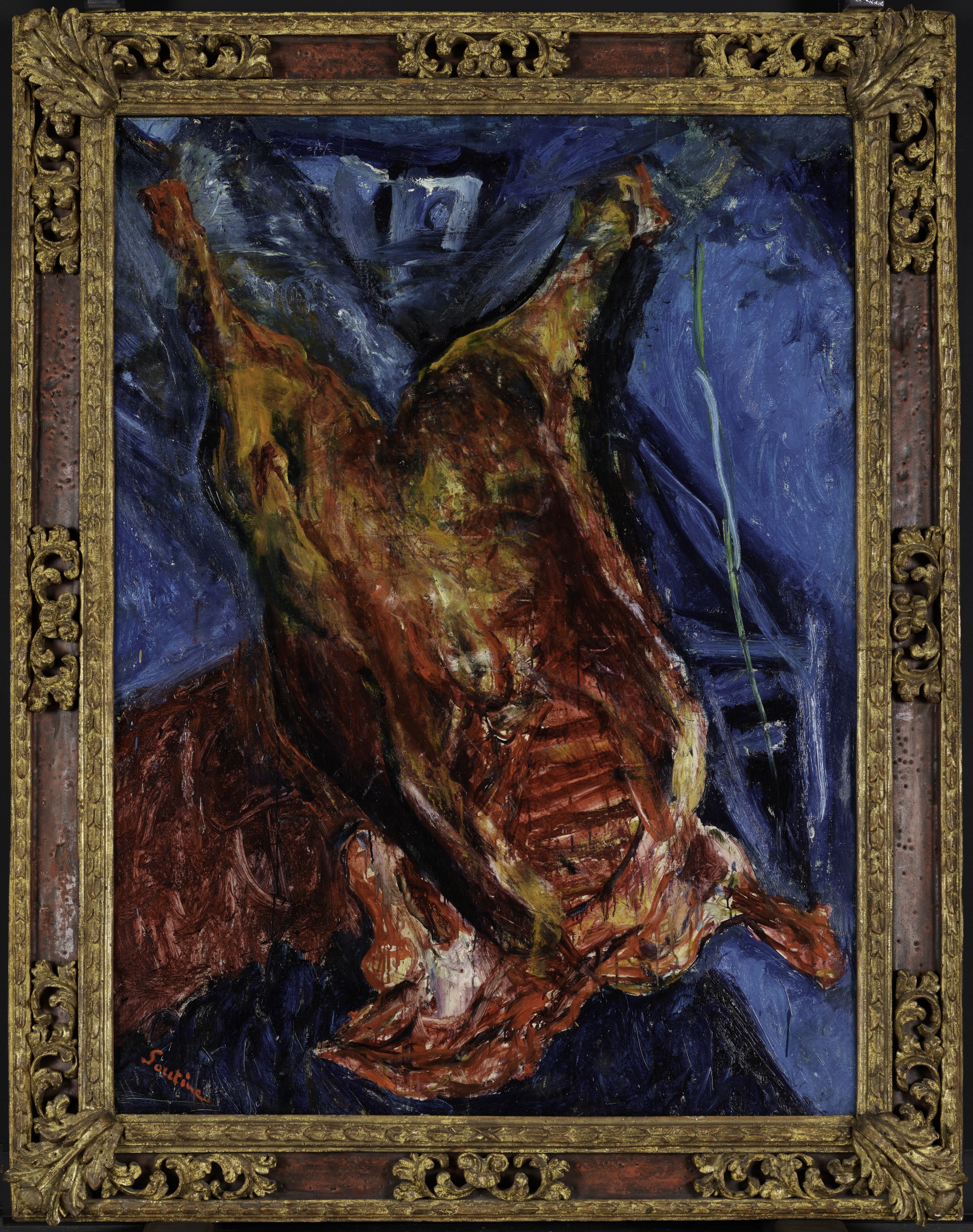 the artist;
to collection Paul Guillaume;
to Domenica Walter-Guillaume;
sold to the Albright Art Gallery, August 28, 1939

Inspired by Rembrandt van Rijn’s painting Slaughtered Ox, 1655, Chaïm Soutine began his series of carcass paintings during the 1910s. Although the subject had been treated by other modern artists, among them Honoré Daumier and Max Slevogt (German, 1868–1932), Soutine gave it a particularly emotive interpretation, impetuously covering his canvases with intense, saturated colors. Soutine was known as an eccentric personality. While living in La Ruche, an artists’ residence in Paris, he made friends with the employees of slaughterhouses and often painted the cuts of meat he acquired from them. In 1925, when he moved to a larger studio, Soutine procured an entire steer carcass and hauled it back to the space. Over several weeks, he executed at least four similar canvases as well as sketches and smaller paintings; all the while the meat decomposed. It has been said that when the colors of the flesh were masked by an accumulation of flies, he paid a model to sit beside the carcass and fan them away. The process of rendering this subject had intense psychological ramifications for Soutine, who was raised in a household that strictly adhered to kosher proscriptions. To his friend and biographer Emil Szittya (French, born Hungary, 1886–1964), Soutine remarked, "Once I saw a butcher cut the neck of a goose and drain the blood out of it. I wanted to cry out but his joyful expression made the cry stick in my throat. . . . This cry, I always feel it. . . . When I painted the beef carcass, it was still this cry that I wanted to liberate."

Label from Sincerely Yours: Treasures of the Queen City, July 5–September 14, 2014