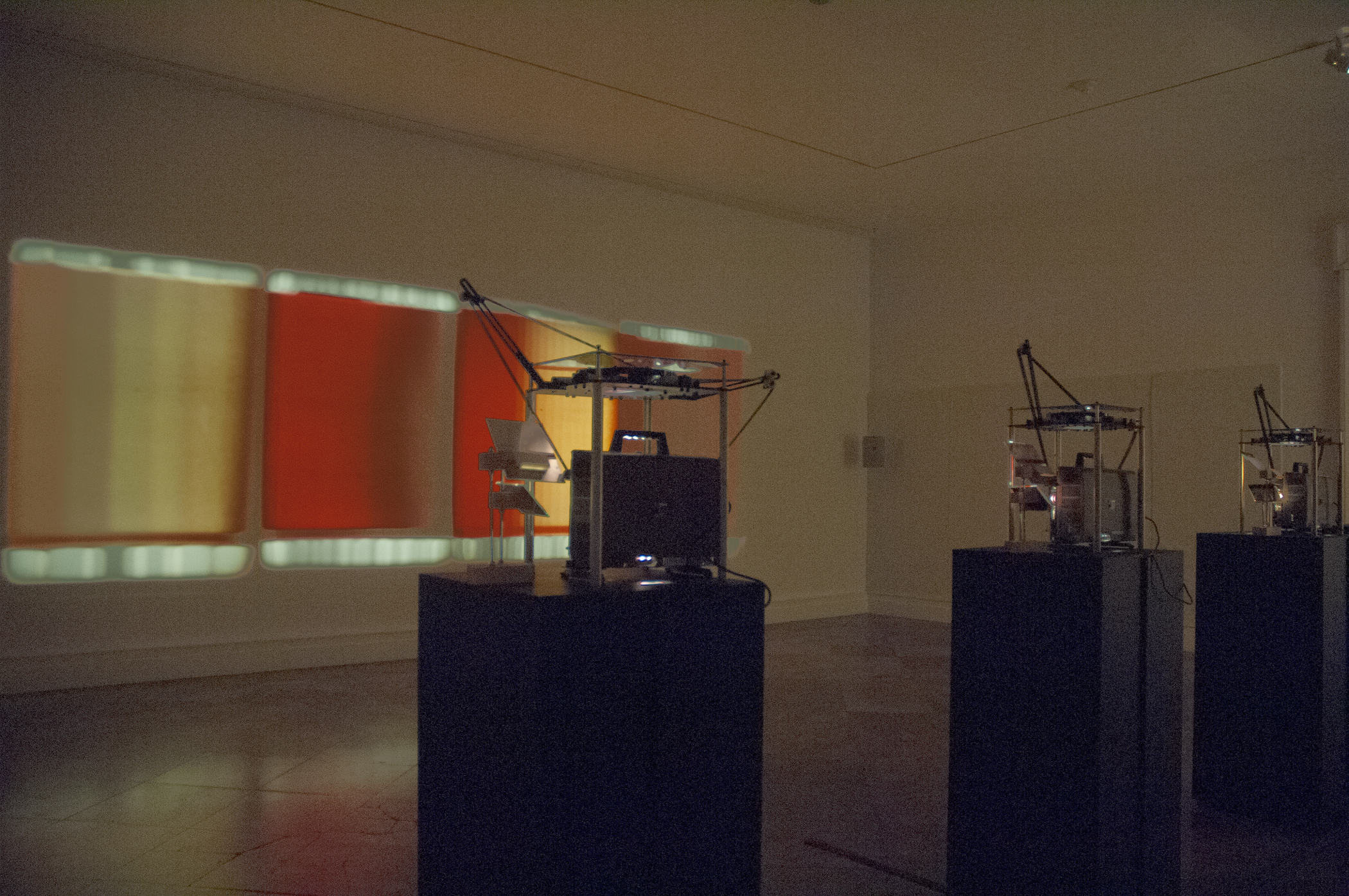 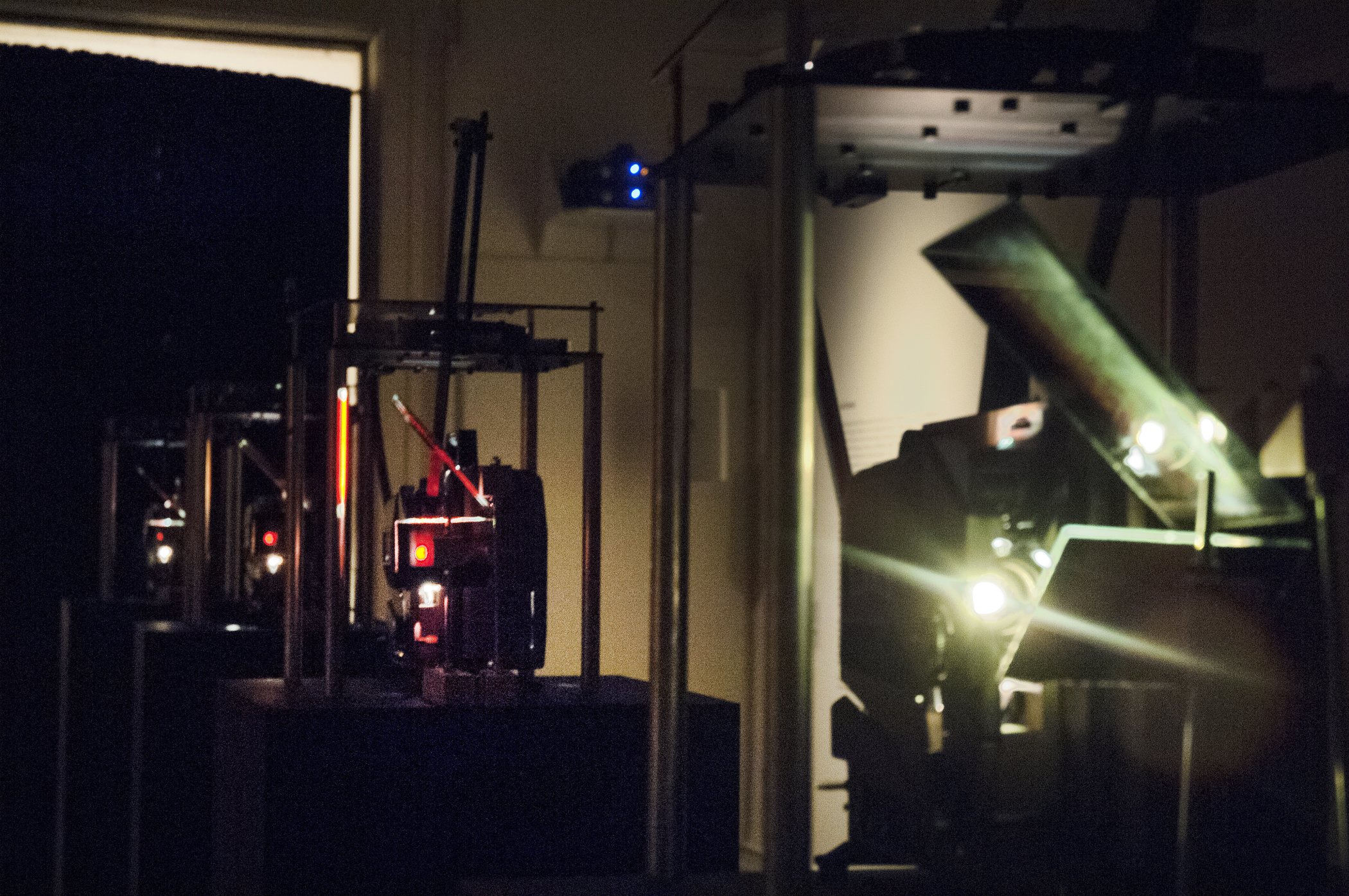 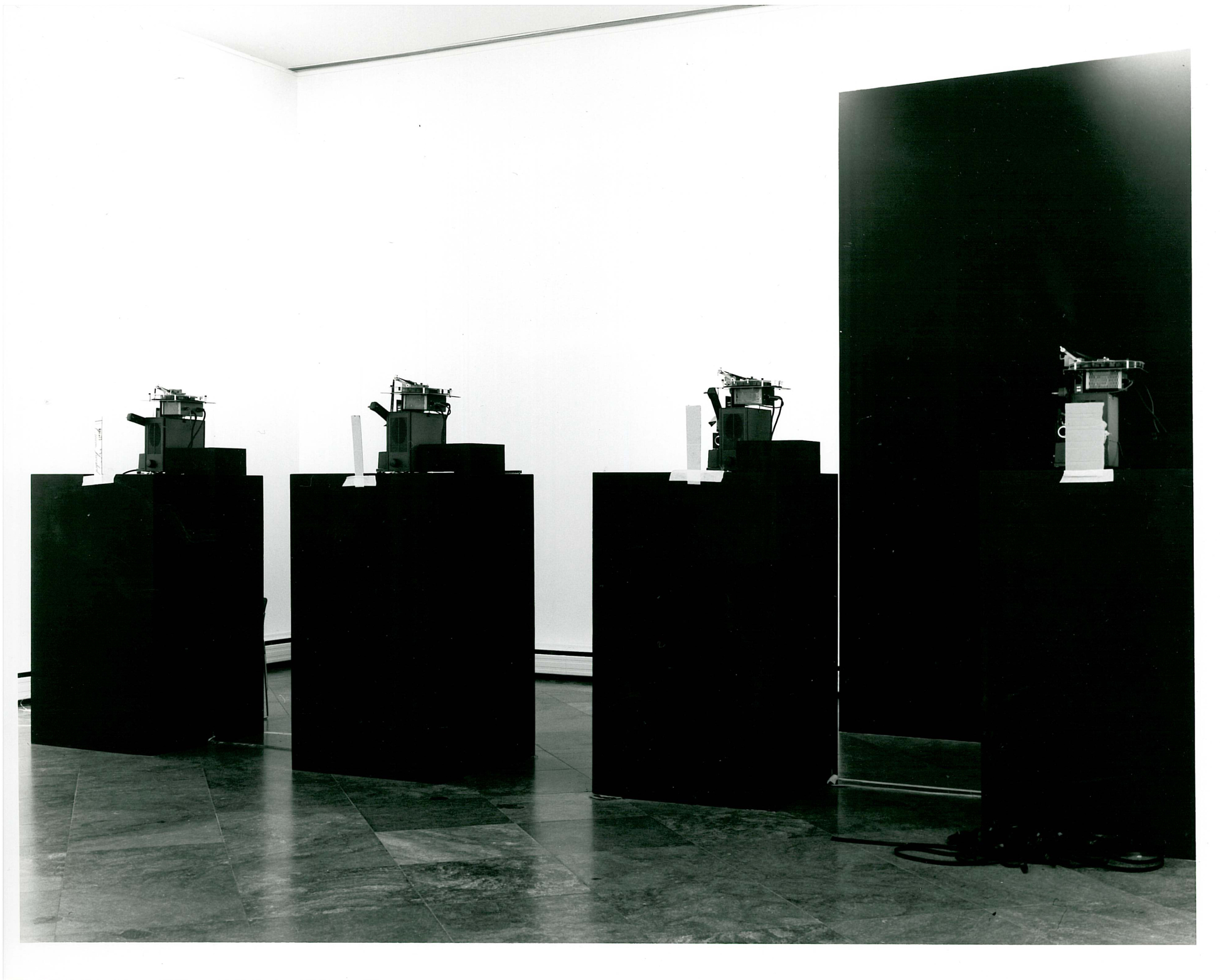 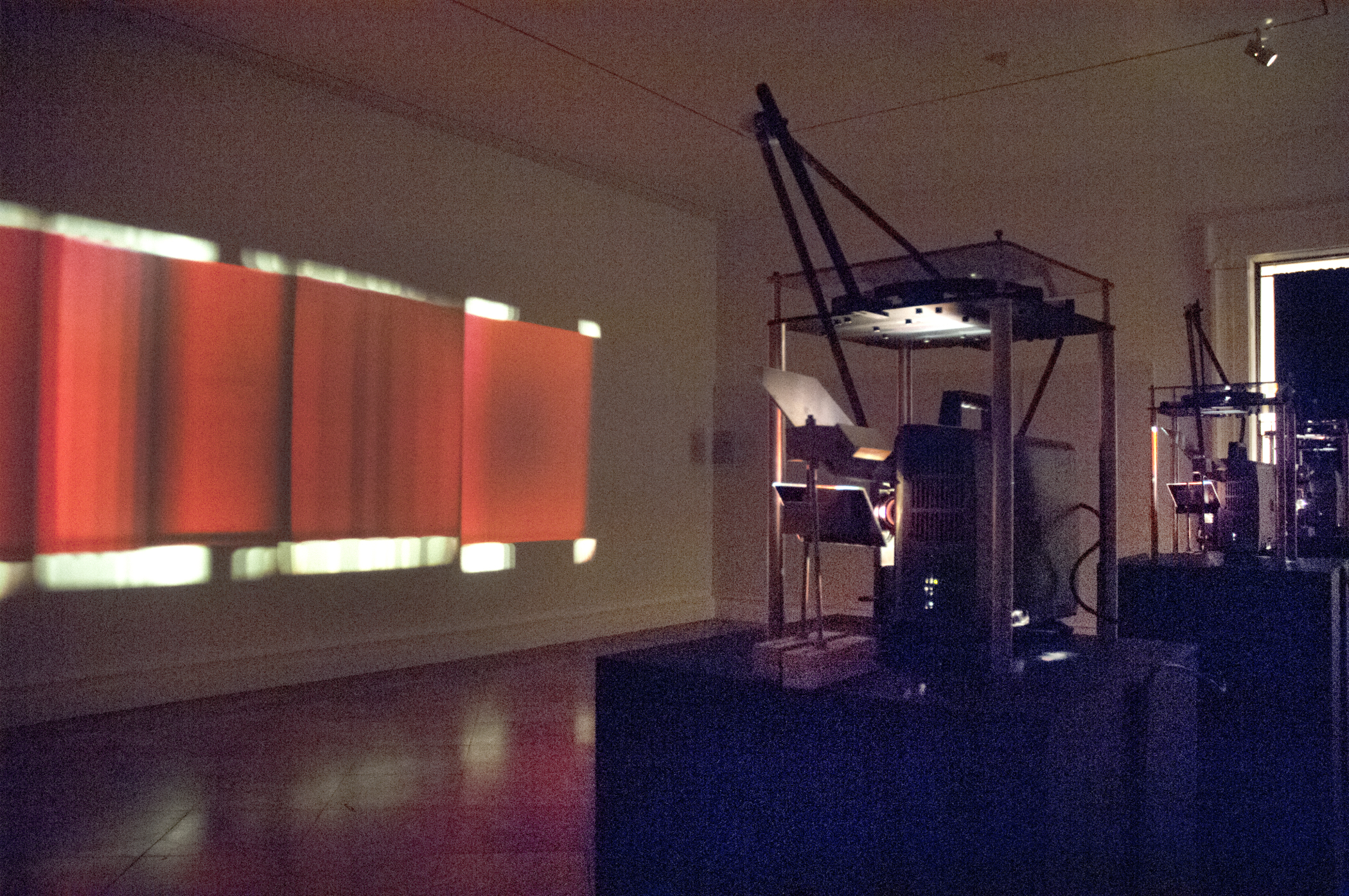 Gift of Mrs. George A. Forman, by exchange and Charles W. Goodyear Fund, by exchange, 2012

The filmmaker Paul Sharits came to live and teach in Buffalo in 1973 at the invitation of Gerald O’Grady, founder of the renowned Center for Media Study at the University at Buffalo (UB). By the end of the decade, the Department also included James Blue, Tony Conrad, Hollis Frampton, Steina, and Woody Vasulka. Three years after Sharits’s arrival, at the spurring of Albright-Knox Director Robert T. Buck, Jr., Curator Linda Cathcart organized the first monographic museum exhibition of his work. Paul Sharits: Dream Displacement and Other Projects featured the artist’s notes and drawings; “frozen film frames” (16mm filmstrips mounted between Plexiglas); and two four-projector filmic installations, Shutter Interface and Dream Displacement.

Dream Displacement—named for Sigmund Freud’s discussions of dreams—consists of four 16mm projectors on pedestals projecting looped color film reels as a single image on the wall, accompanied by audio originally recorded in quadraphonic sound. This work is part of a series of installations Sharits called “locations,” in which characteristics of the filmstrip and projectors dictated the nature of the work—concepts often attributed to Structuralist filmmaking. These locational installations radically brought film into three-dimensional space. The complexity of these works lies in their use of the speed of the shutter, the movement of the filmic strip, the rich colors of film transmitted onto a wall, the mechanical hum of the projectors, and an additional audio component to create an intense but undefined physical, immersive experience for the viewer. Here, cinema becomes installation, pedestals and film projectors become sculptures, and film becomes a moving painting on the wall.

Although radical for the Albright-Knox, which had never before hosted an exhibition of filmic work, Sharits was in fact the perfect choice for the museum. A non-narrative filmmaker increasingly interested in generating abstraction through film, Sharits was a bridge to the museum’s long history of exhibiting and collecting abstract art. The premise of these specific locational installations did not take hold as the artist expected, but the metaphorical and conceptual notions behind them were truly visionary.