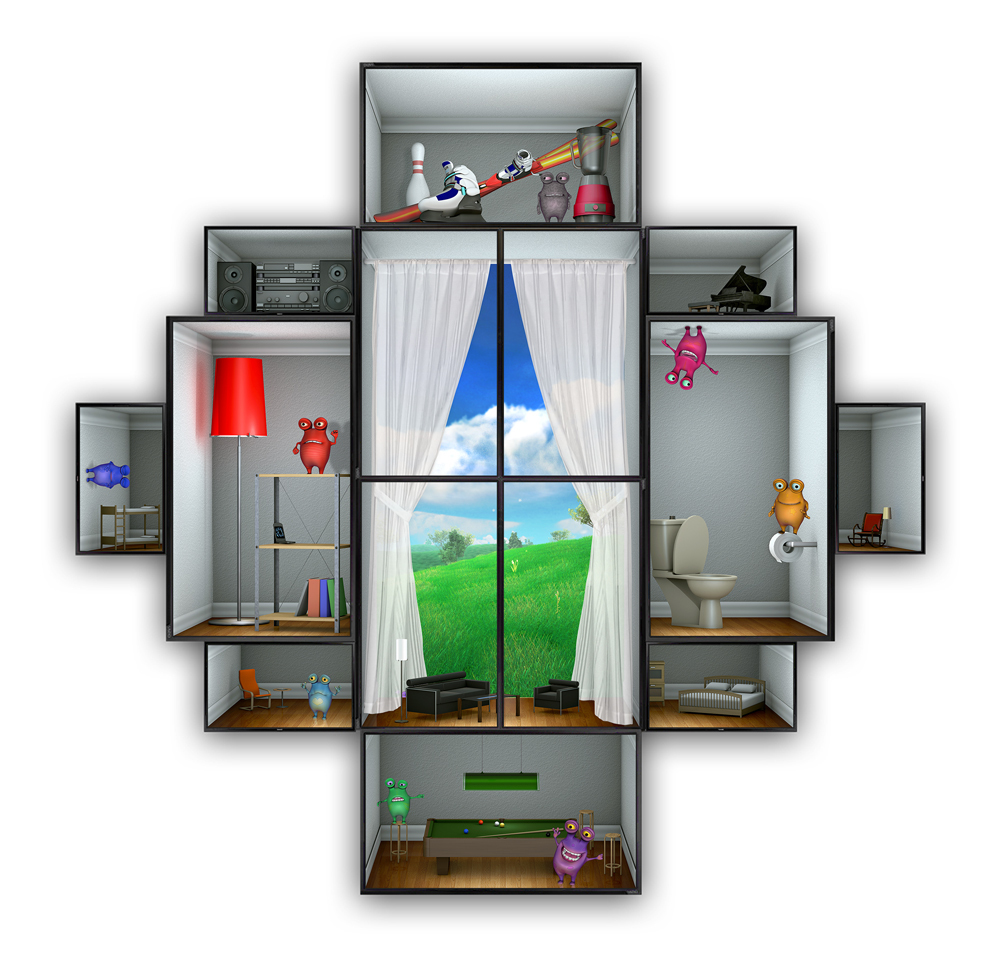 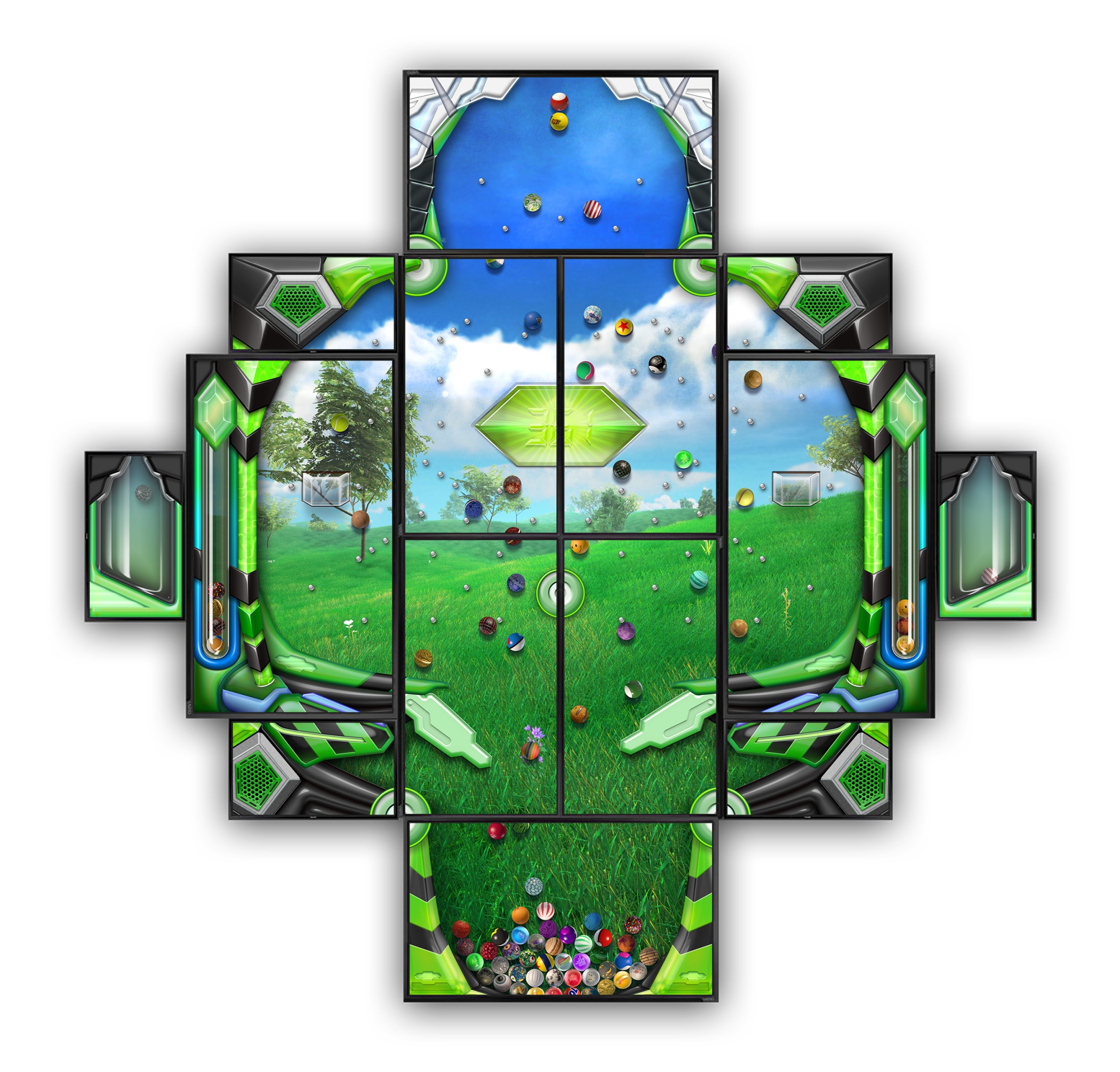 Edition: artist's proof 1/2 from an edition of 3

A* is a grandiose altarpiece for the digital world, with our latest technology’s fabricated deities and icons replacing traditional religious imagery. Painstakingly animated landscapes immerse the viewer in a fourteen-channel, looped macrocosm of popping balls, dropping jewels, googly-eyed aliens, barnyard animals, and menacing monsters. In some sections, artist Tabor Robak combined his fourteen monitors into a single virtual canvas, while other sections feature a collage of imagery parsed out to discrete screens. Strange because of its content and complexity, yet familiar from the countless hours we have spent glued to our sparkling screens, A* brings to life the vast capacities of contemporary technology while calling into question our willing transfixion.

Working in programs such as Adobe After Effects, Unity, and Cinema 4D, Robak renders his imagery in what he refers to as a “desktop screensaver aesthetic.” Citing inspiration from early Cyan games, software tutorials, and Alienware (custom gaming computers), Robak creates dazzling multiscreen installations that reflect upon the relationship between humanity and technology.