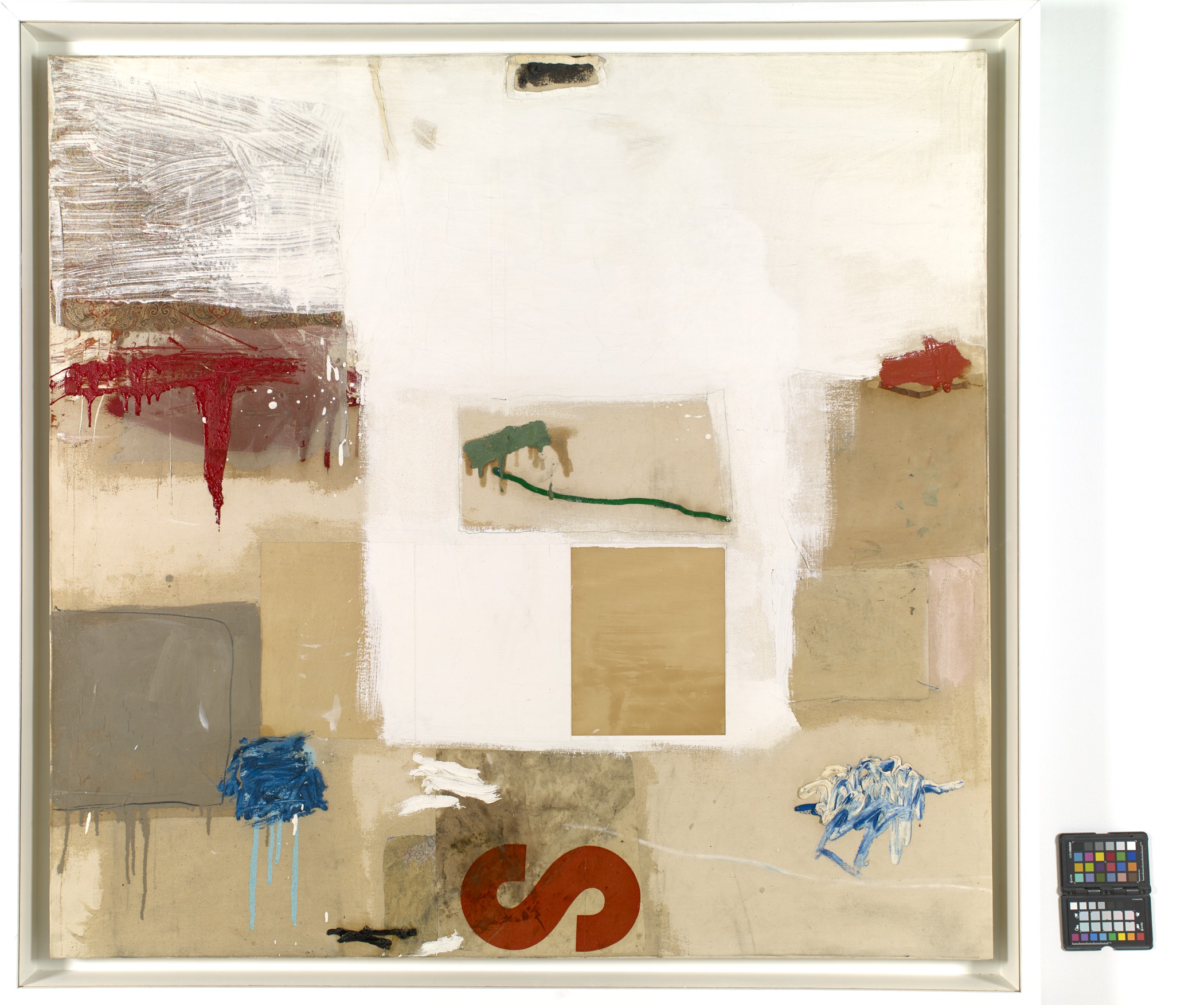 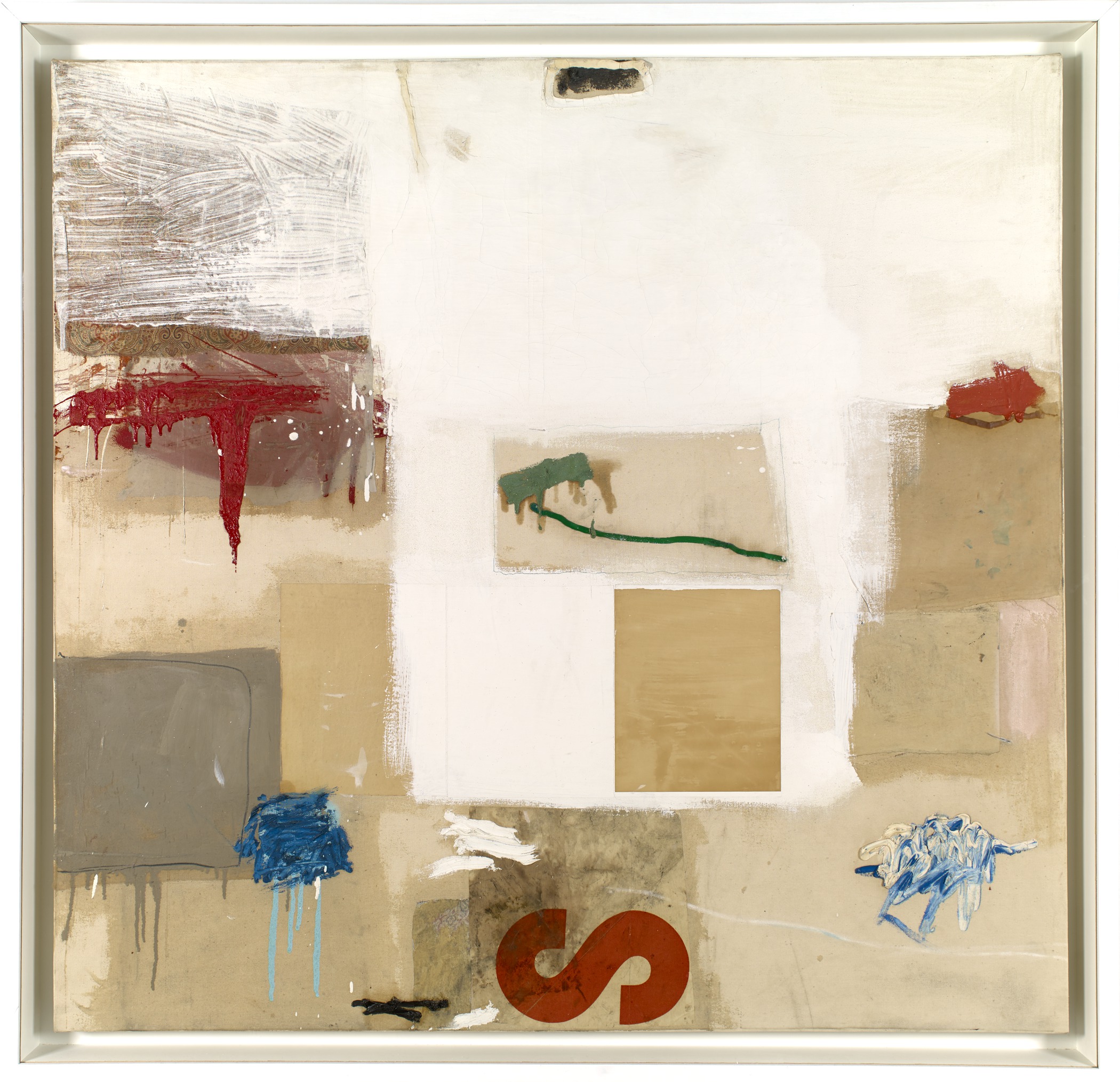 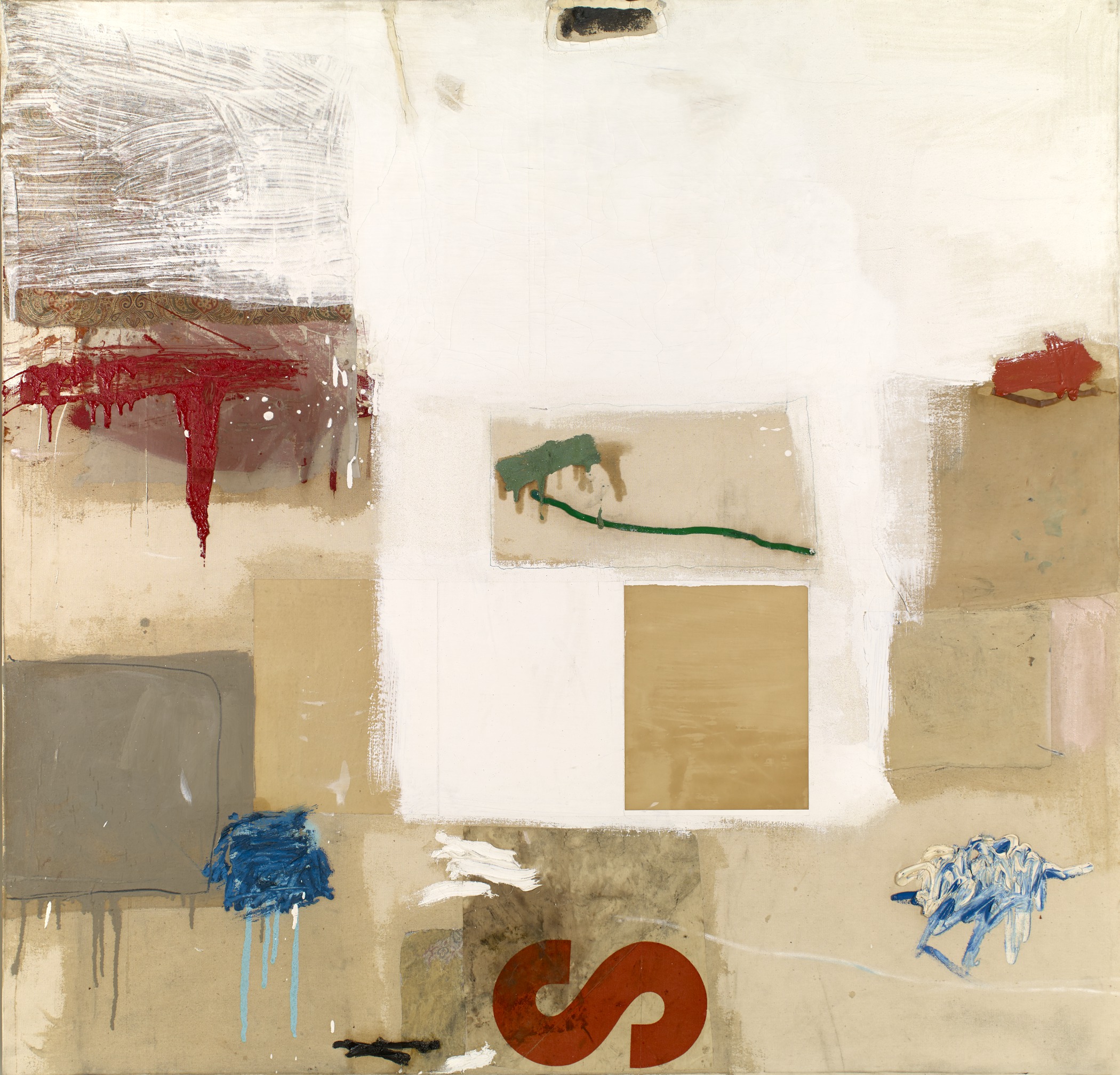 During the 1950s, Robert Rauschenberg began creating a series of works he called Combines. To the artist, no materials were off-limits when it came to making a painting, and his philosophy around the function and meaning of painting was radically different than that of his peers. He once said, “You can’t make either life or art, you have to work in the hole in between, which is undefined. That’s what makes the adventure of painting.” Rauschenberg’s practice was certainly adventurous. To create his Combine works—which are large in scale, often sculptural, and either freestanding or wall-mounted—he combined the gestural aspects of Abstract Expressionism with found materials and appropriated imagery he adhered to the canvas and sometimes painted over, revealing only their shapes or small areas of their surfaces. In Painting with Red Letter S, a mixture of found objects, such as fabric and a stenciled letter, merge to become a painting that is abstract, yet contains aspects of a real environment. This is a subtle example of a Rauschenberg Combine; he often introduced elements such as personal items, clothing, and even a pillow and a stuffed eagle. Rauschenberg’s radical approach, which balanced on the border between abstraction and “something new,” not only blurred the distinction between painting and sculpture, but also opened the door for a generation of Pop artists to further explore and expand on his reconnection of the role of the everyday in art.