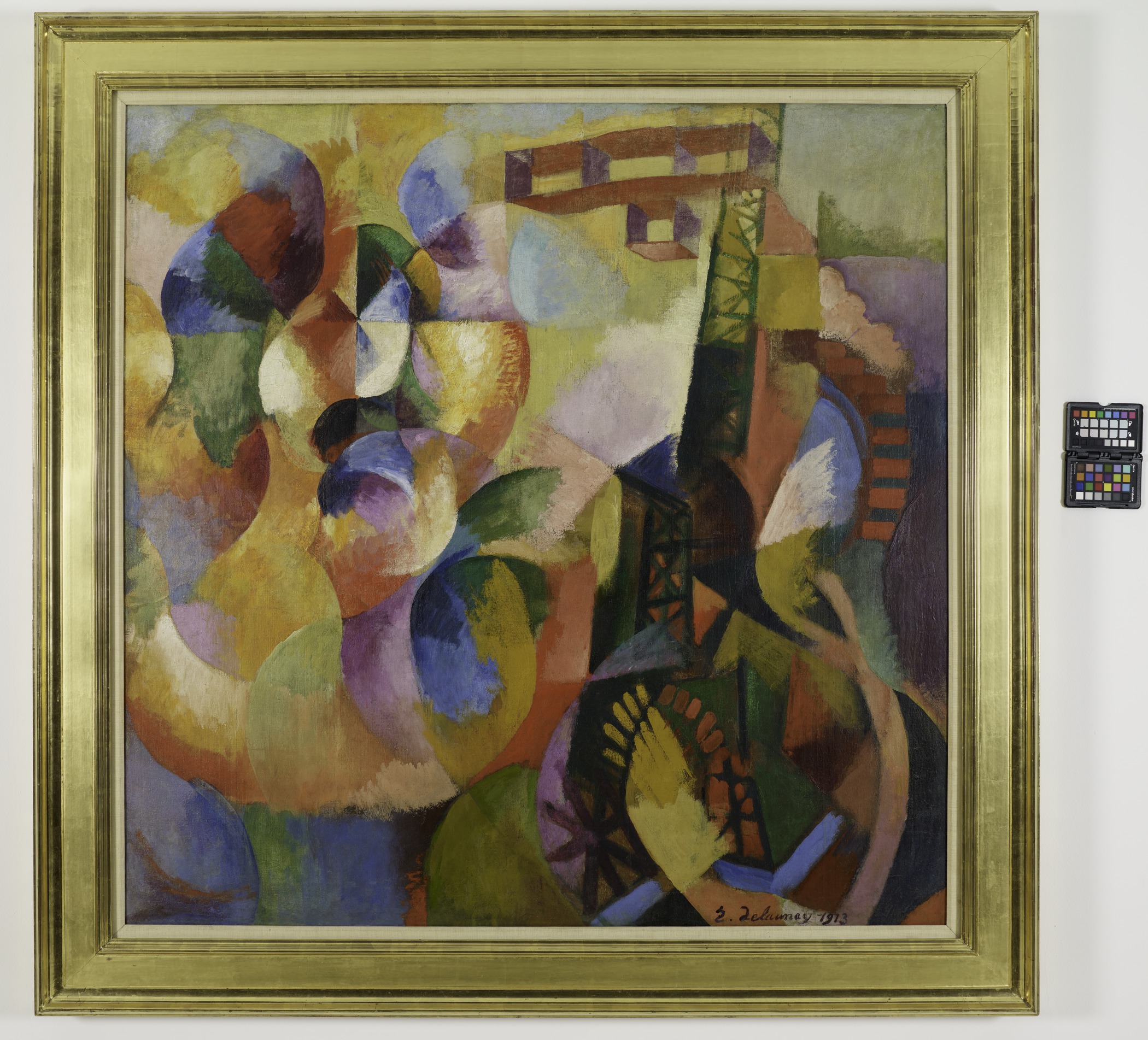 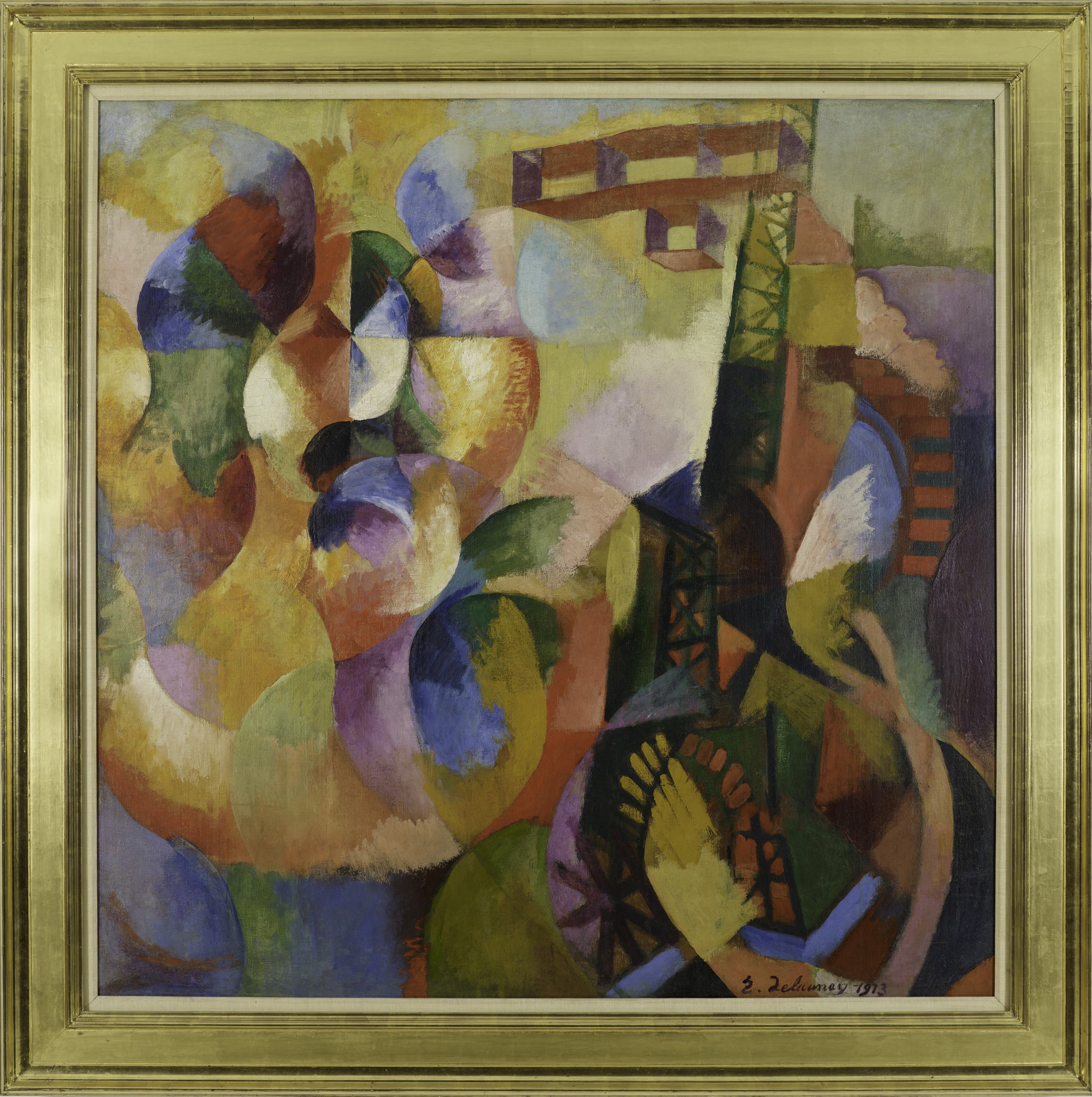 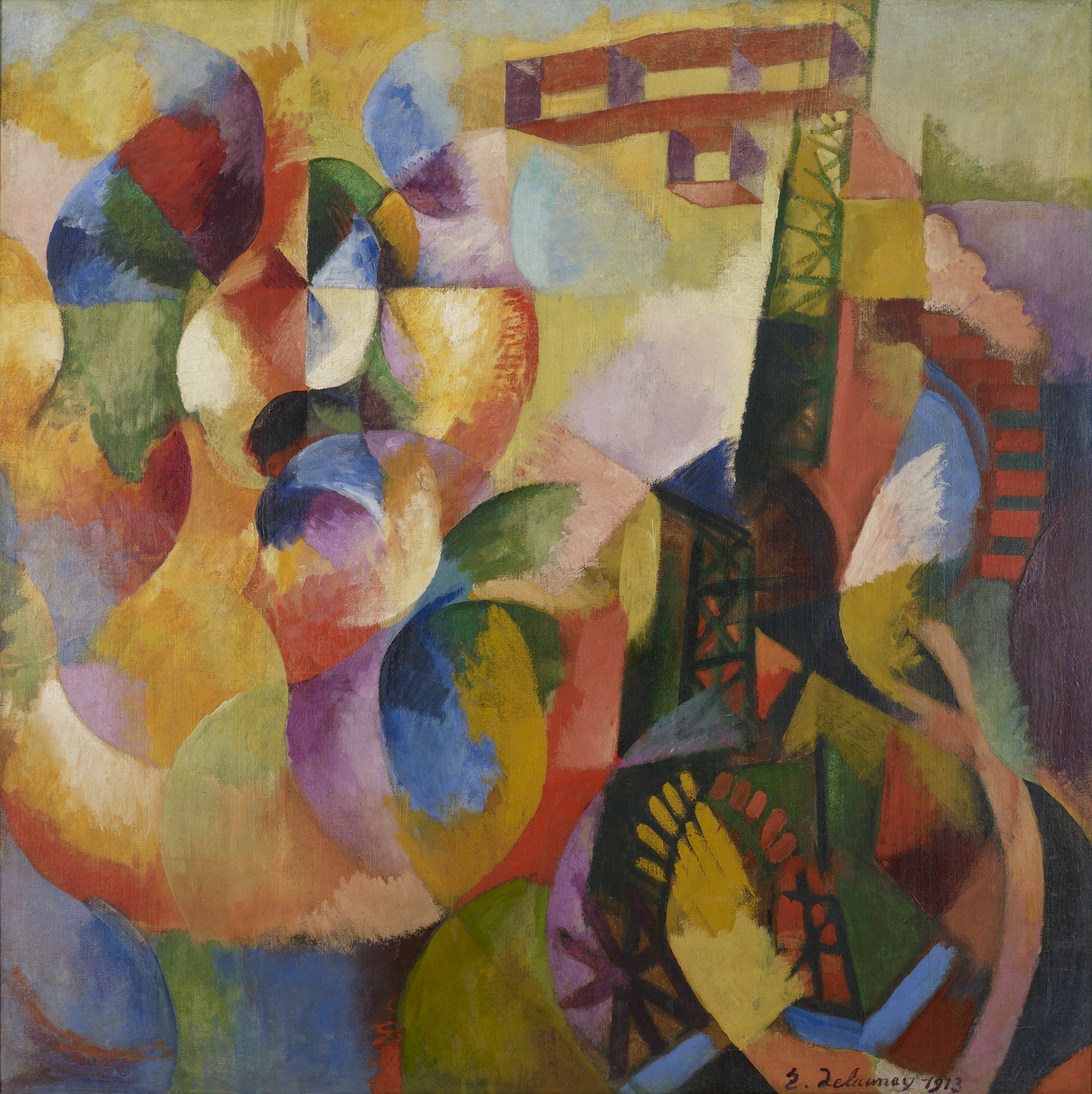 Robert Delaunay had great enthusiasm for the rapid change and technological developments of contemporary life in the early years of the 20th century. Sun, Tower, Airplane highlights three symbols of late 19th– and early 20th–century modernity: the Eiffel Tower, a biplane, and a Ferris wheel. Delaunay conveys his excitement about such marvels through energetic lines, shapes, and the warm, bright colors that radiate from a kaleidoscopic sun. Early on, the artist painted in a Neo-Impressionist manner, and from 1909 to 1911, he was briefly associated with Cubism. By 1912, however, Delaunay became increasingly preoccupied with the dynamics of color relationships and made his first “disc” painting; he deployed the motif as a symbol for the sun and, ultimately, the universe.

The poet and critic Guillaume Apollinaire (French, 1880–1918) praised Delaunay’s work and coined the term “Orphism” to describe this new style, which was also explored by artists Francis Picabia and František Kupka. In this work, light energizes the canvas and Delaunay’s swirling discs form a prism through which viewers can recognize the icons of modern technology that inspired him.