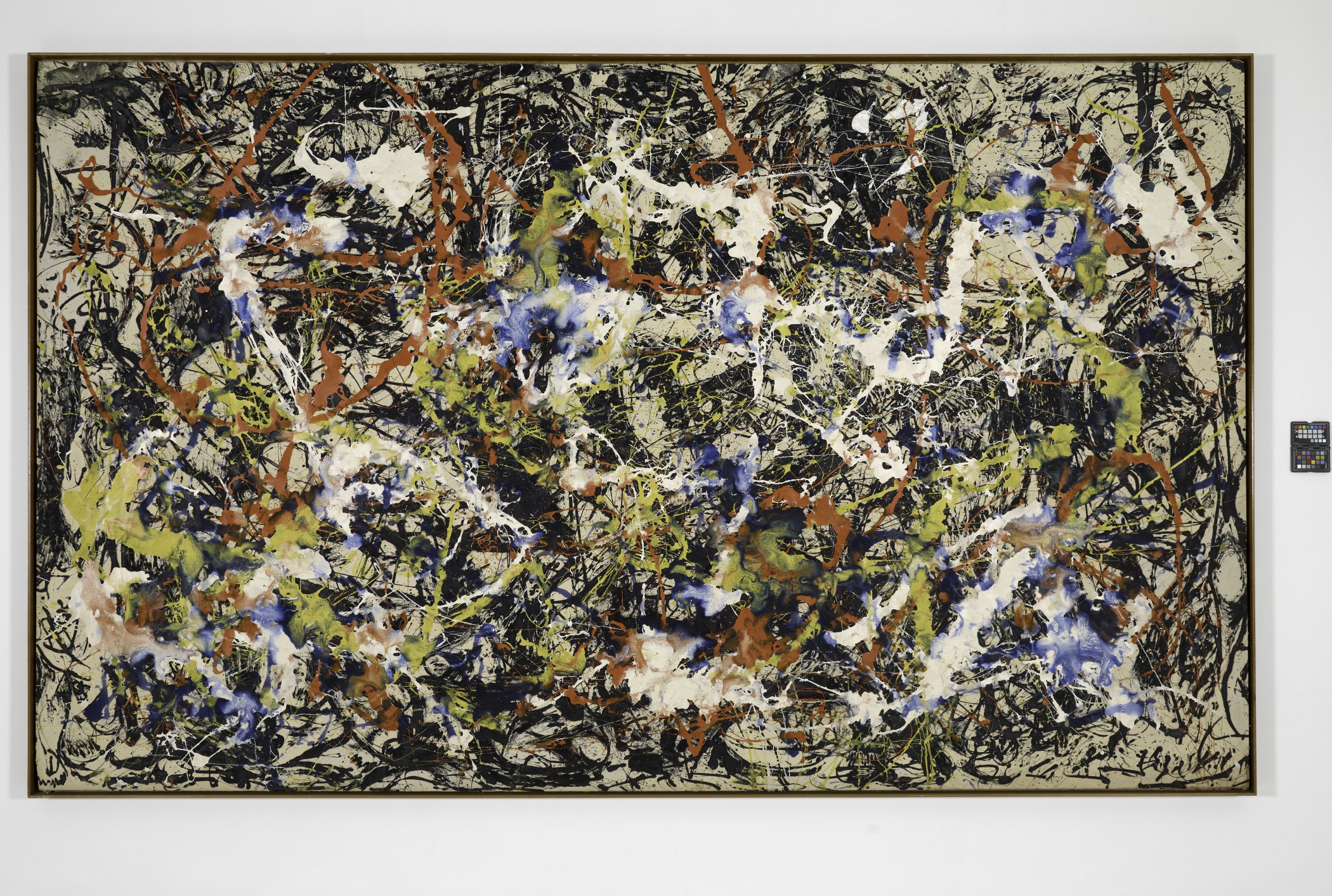 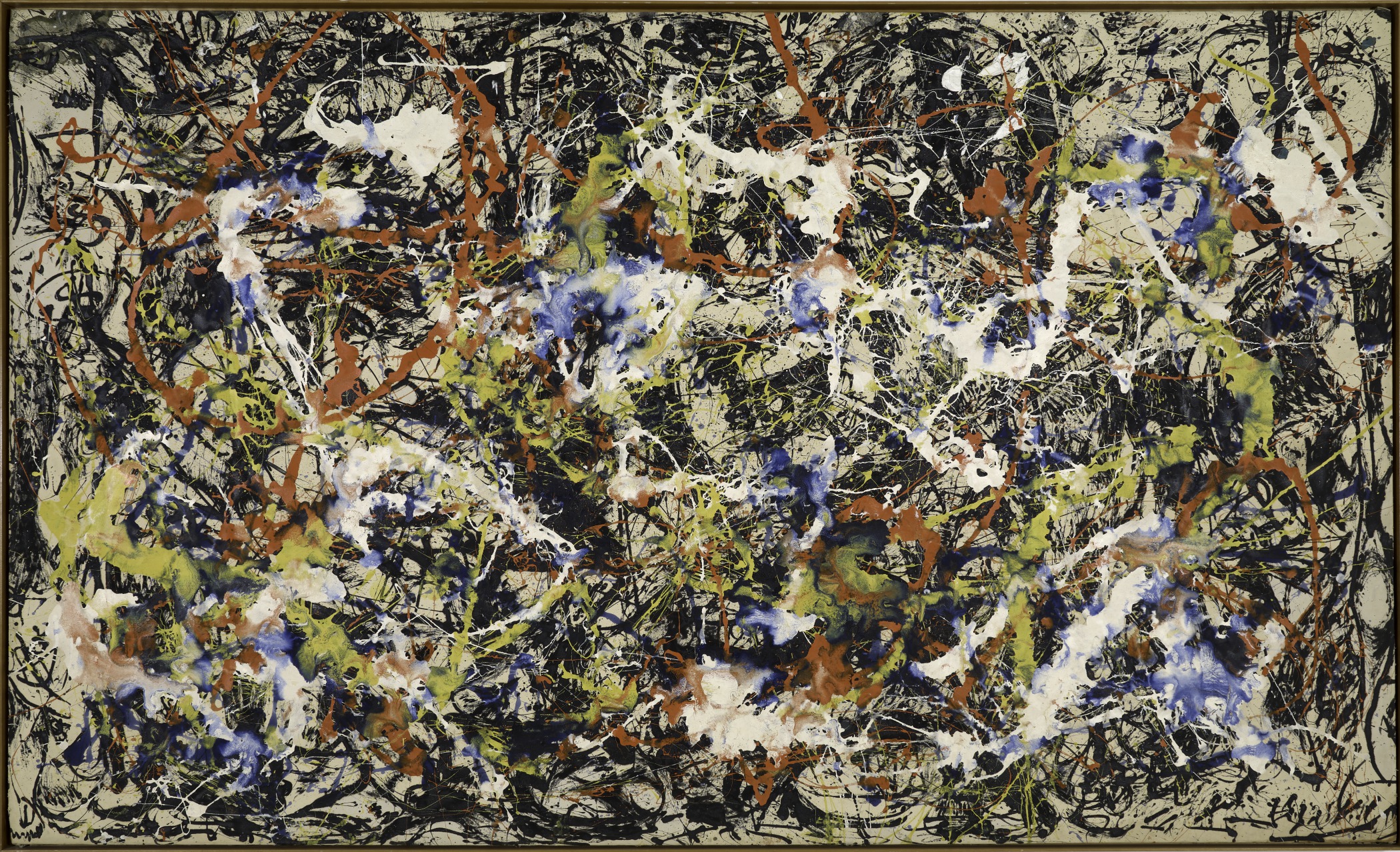 In the aftermath of World War II, many artists turned away from traditional styles and themes to search for new ways to express themselves. In 1951, Jackson Pollock affirmed, “It seems to me that the modern painter cannot express his age, the airplane, the atom bomb, the radio, in the old forms of the Renaissance or any other past culture. Each age finds its own technique.” During the late 1940s, Pollock developed the technique for which he is best known—drip painting. He placed the canvas on the floor and stated, “this way I can walk around it, work from the four sides and literally be in the painting.” For Pollock, the process of dripping, pouring, and splattering provided him with a combination of chance and control. Little bits of everyday life also made their way into the composition. Among the interwoven skeins and stains of pigment, objects such as nails and coins can be found on the surface. For example, a small match is embedded in paint near the center of Convergence. Searching for something to follow his drip paintings, Pollock began working in black and white, which is the way Convergence began. Not happy with the result, he added color as a way to salvage the work. In 1952, critics debated whether or not he had succeeded. Today, however, Convergence is considered one of the artist’s masterworks.