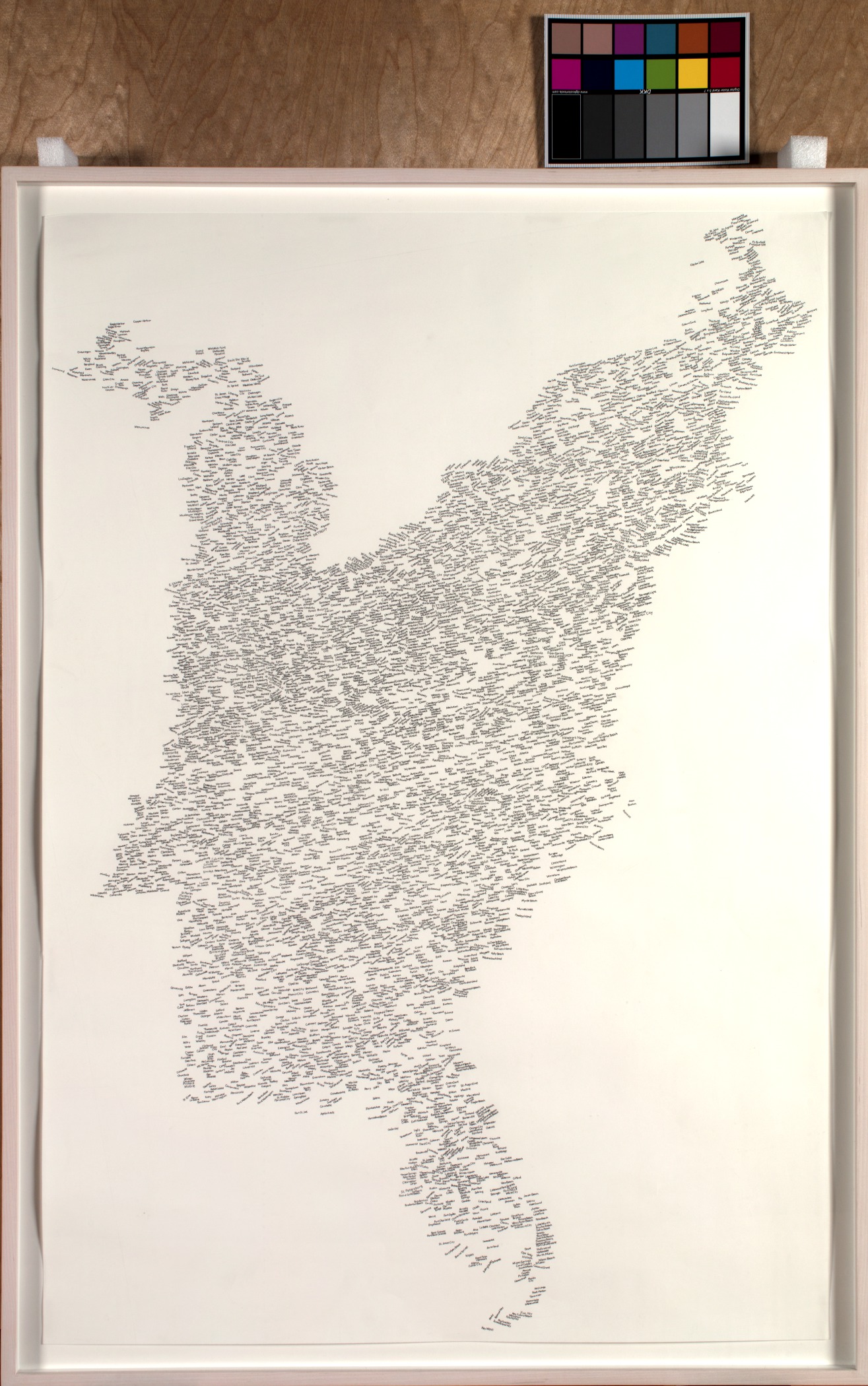 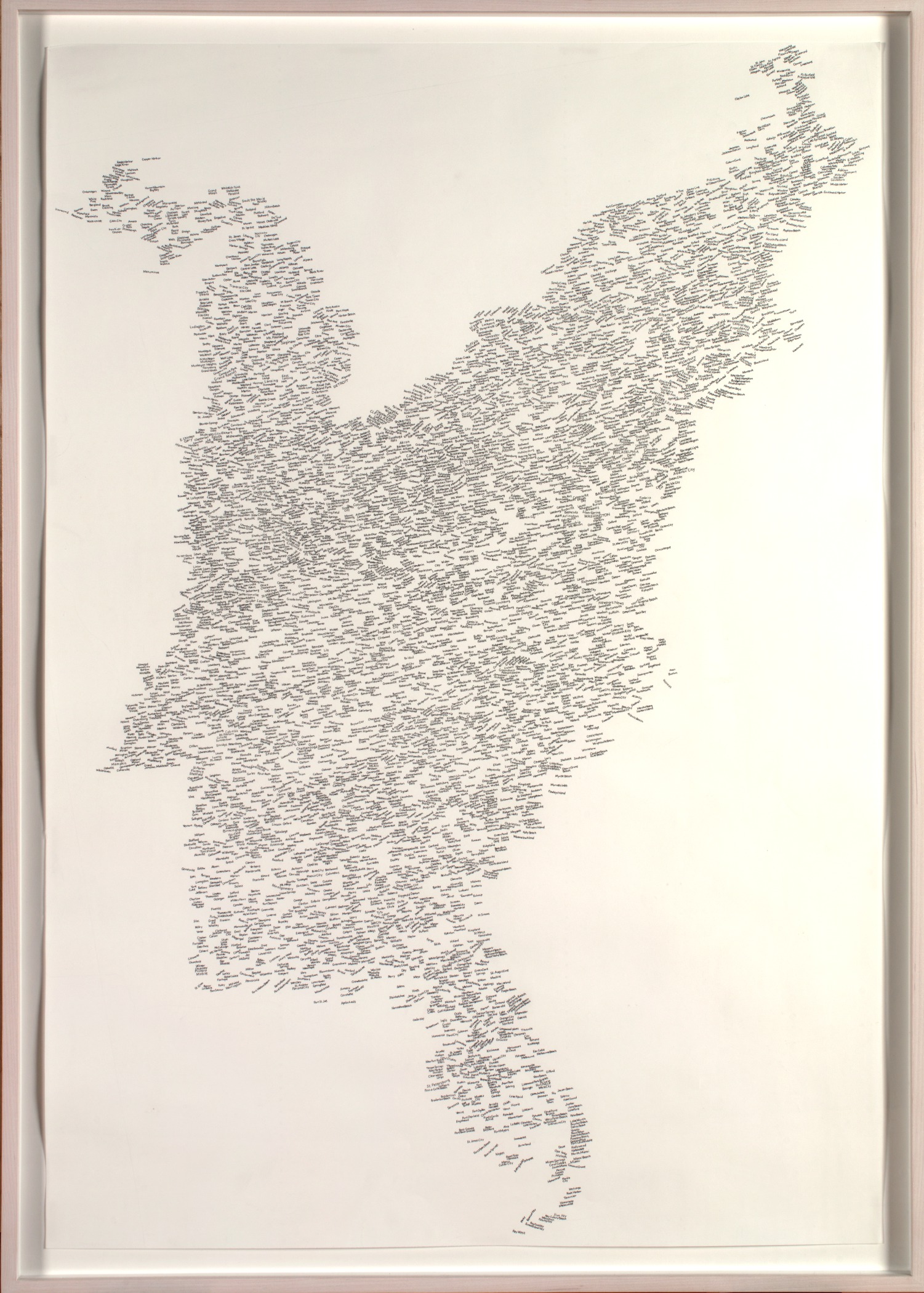 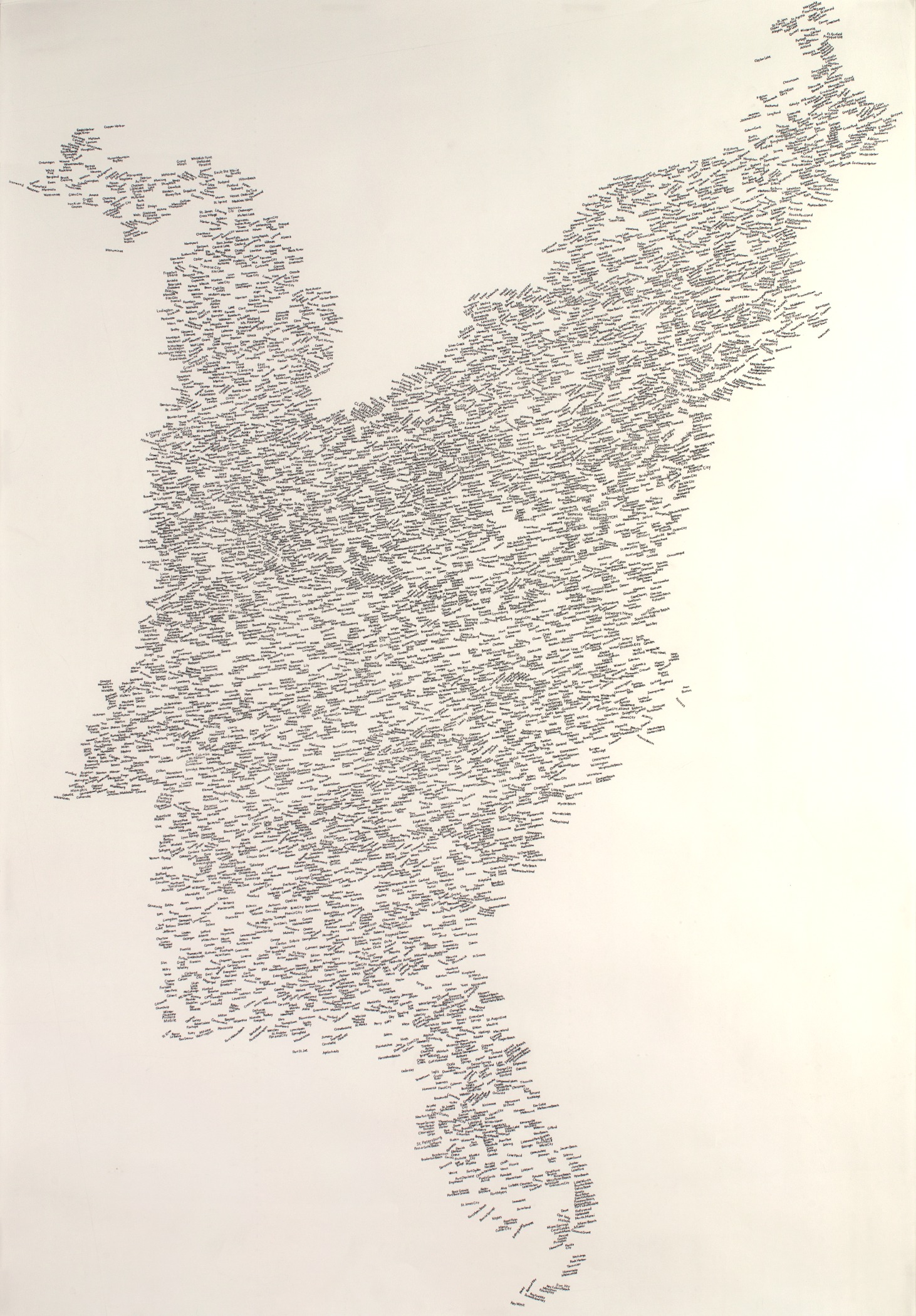 Kim Rugg’s drawings emulate the aesthetic of her sculptural installations, for which she meticulously dissects and reassembles found materials, such as newspapers, comic books, and cereal boxes, into illegible, visual constructs of jargon. East Coast hails from a series of works in which the artist explores a borderless geography. To accomplish this, Rugg manipulated the traditional aesthetics of mapmaking in order to further draw the viewer’s attention to, or in some cases negate, the social supremacy of the regions around the world that hold political power. The artist redistributes or altogether eliminates the standard coding found in maps—for example, the color blue for bodies of water and yellow for built-up or urban areas. Here, for example, she renders the eastern coast of the United States using only the names of its cities and regions. “I couldn’t help feeling how crowded America was with all those names,” Rugg once remarked. ”The arrangement of the words was like a careful ballet where for the sake of clarity of reading no words overlap but crisscross elegantly. Without the State—or Country—boundaries, there is a great feeling of equality and unity, and the relationship between countries, states, and towns is reevaluated.”

Label from Drawing: The Beginning of Everything, July 8–October 15, 2017